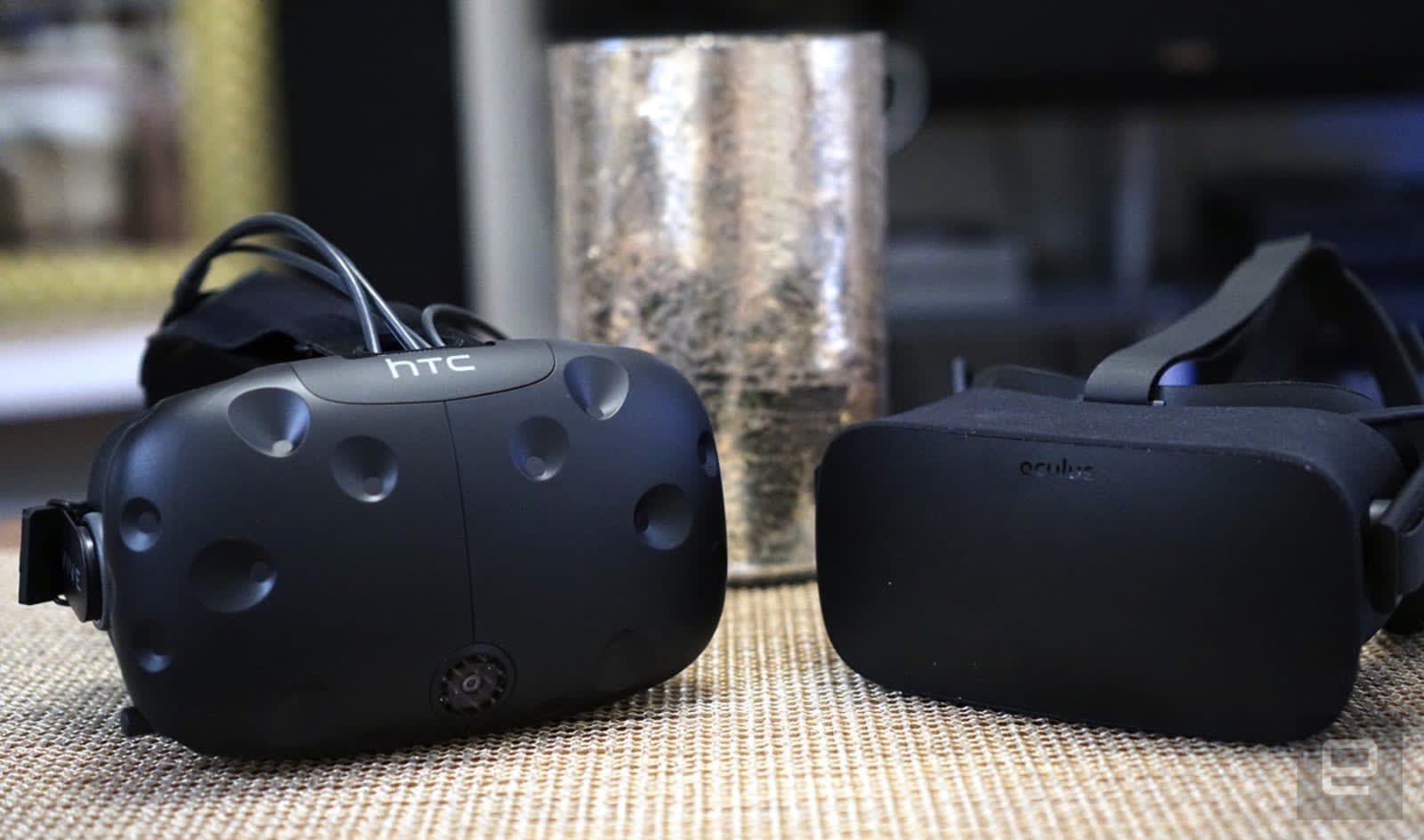 The Oculus Rift is finally welcome in Viveport, HTC's VR store. When it launched in 2016, Viveport seemed a bit redundant, since it wasn't hard for Vive owners to find VR experiences on Steam. But it turned into a truly great deal last year with the addition of a subscription plan, allowing you to snag five VR titles monthly for a low fee (it was originally $6.99, now it's $8.99). For most gamers, that's a smarter option than blind buying games. Starting on September 4th, Oculus Rift owners will also be able to take part in everything Viveport has to offer -- even the subscription. 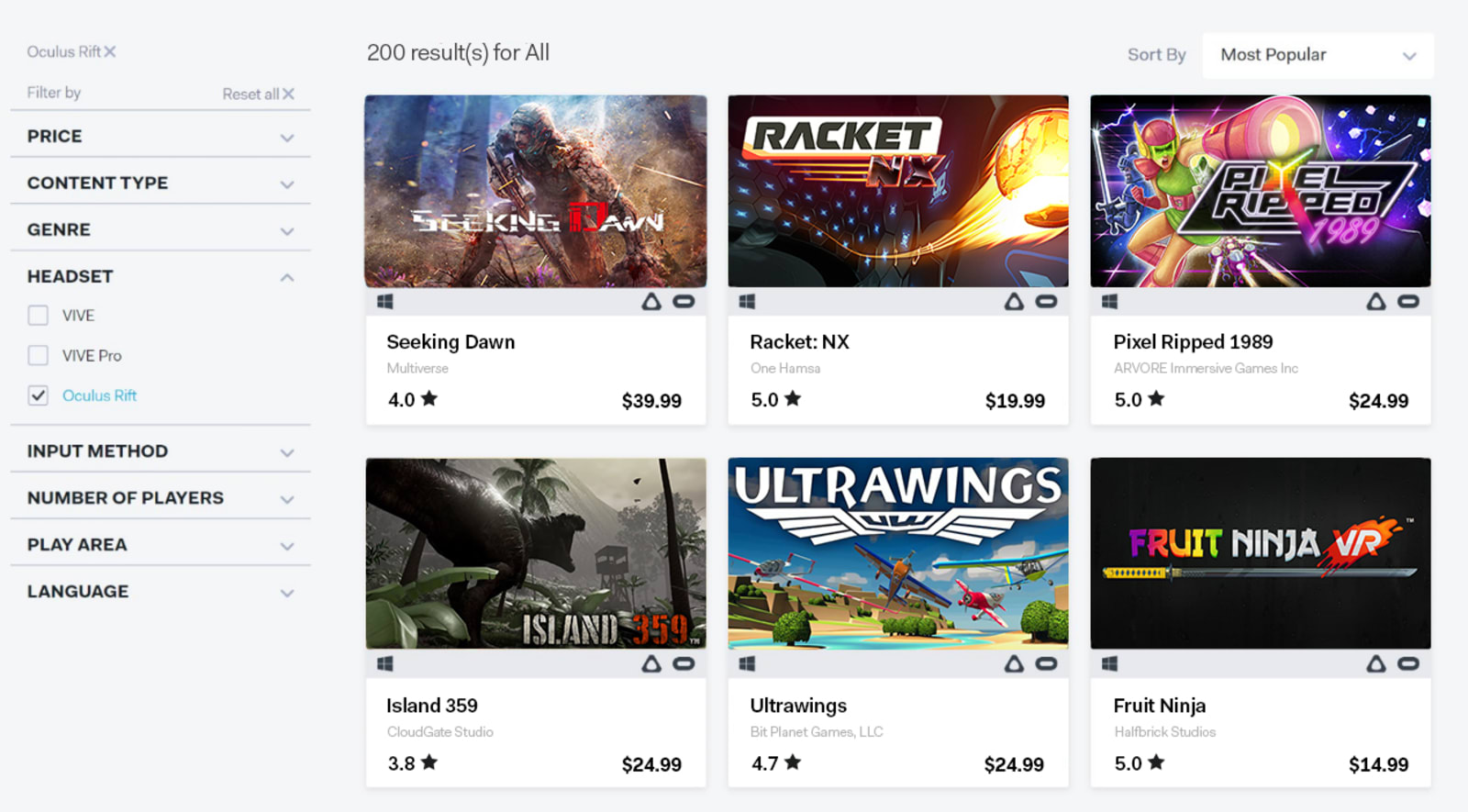 You'll be able to easily see which titles are compatible with the Vive and Rift, thanks to small icons in every listing. Oculus owners can also filter out all of the titles that won't work with their headsets. The fact that games are compatible across the headsets isn't new -- Oculus originally tried to ban Vive owners from playing its exclusive titles, but quickly gave up on draconian DRM. And Rift owners can play plenty of titles meant for the Vive via Steam.

HTC says developers can choose to list their games as Oculus compatible today, and titles that have been tweaked to work with the OpenVR standard should be ready to go. Viveport president Rikard Steiber tells Engadget the app store has seen four times the amount of paying customers in the first half of 2018, compared to last year. And mostly, that's due to consumers jumping on Viveport's subscription offering. The service has nearly 500 titles available, including Seeking Dawn, Tilt Brush and Knockout League.

In this article: av, gadgetry, gadgets, gaming, gear, htc, OculusRift, Viveport, VR
All products recommended by Engadget are selected by our editorial team, independent of our parent company. Some of our stories include affiliate links. If you buy something through one of these links, we may earn an affiliate commission.