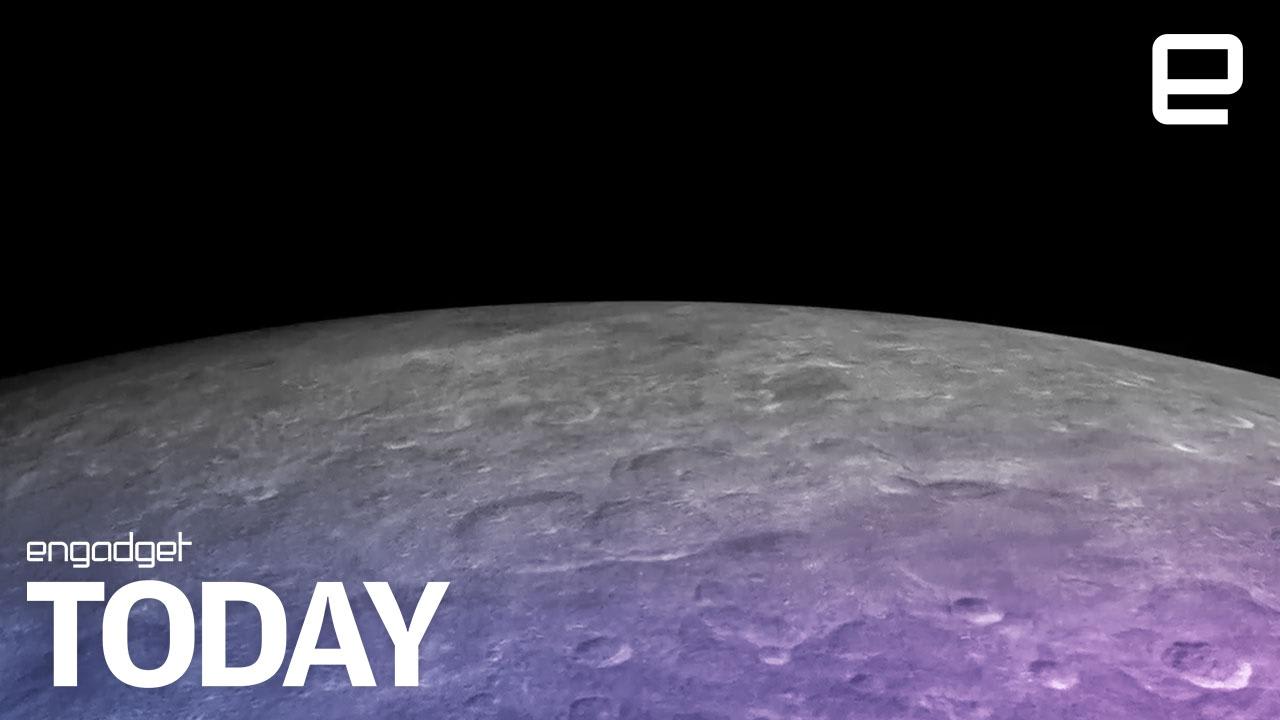 There's water ice on the surface of the moon, a team of scientists has confirmed, and future expeditions could harvest it for human settlements. They used data collected by NASA's Moon Mineralogy Mapper (M3) instrument aboard India's Chandrayaan-1 spacecraft to prove its presence and found ice deposits at the moon's poles. The idea that Earth's natural satellite has pockets of ice hiding in the shadows permanently hidden from the sun isn't anything new -- previous probes sent back data containing evidence of their existence. However, NASA says this is the "first time scientists have directly observed definitive evidence" that there's water ice on what people previously thought was a barren space rock.

According to the paper published by PNAS, M3 was able to pick up the reflective properties you'd expect from ice at the moon's poles. It also measured the way the material's molecules absorb infrared light, which differs between liquid water and solid ice, ensuring that those deposits are actually frozen water. M3's data showed that those pockets of ice are sparsely distributed at the northern pole and more concentrated at the southern poles.

Those ice deposits most likely formed because temperatures at the moon's poles, which sunlight never hits, don't go above -250 degrees Fahrenheit. Before we can count on them to sustain future manned missions, though, we first have to confirm just how big and deep they are. As Angel Abbud-Madrid, Colorado School of Mines Center for Space Resources' director, told Business Insider, we need to send a rover to examine them. Unfortunately, NASA already cancelled the Resource Prospector, a rover that was supposed to look and dig for ice and other resources on the moon future manned bases could use. The agency will still send the vehicle's instruments aboard other landers, but that might delay discoveries that could've been made sooner if they were equipped on a single rover.

Video
Camera: Kiel Perez
Editor: Kyle Maack
Producer: Michael Morris
Script: Swapna Krishna
Script editor: Terrence O'Brien
Host: Cherlynn Low
Source: NASA
In this article: AOLoriginals, Chandrayaan-1, DailyShow, engadget, EngadgetToday, EngadgetVideo, entertainment, gear, MoonMineralogyMapper, nasa, space
All products recommended by Engadget are selected by our editorial team, independent of our parent company. Some of our stories include affiliate links. If you buy something through one of these links, we may earn an affiliate commission.