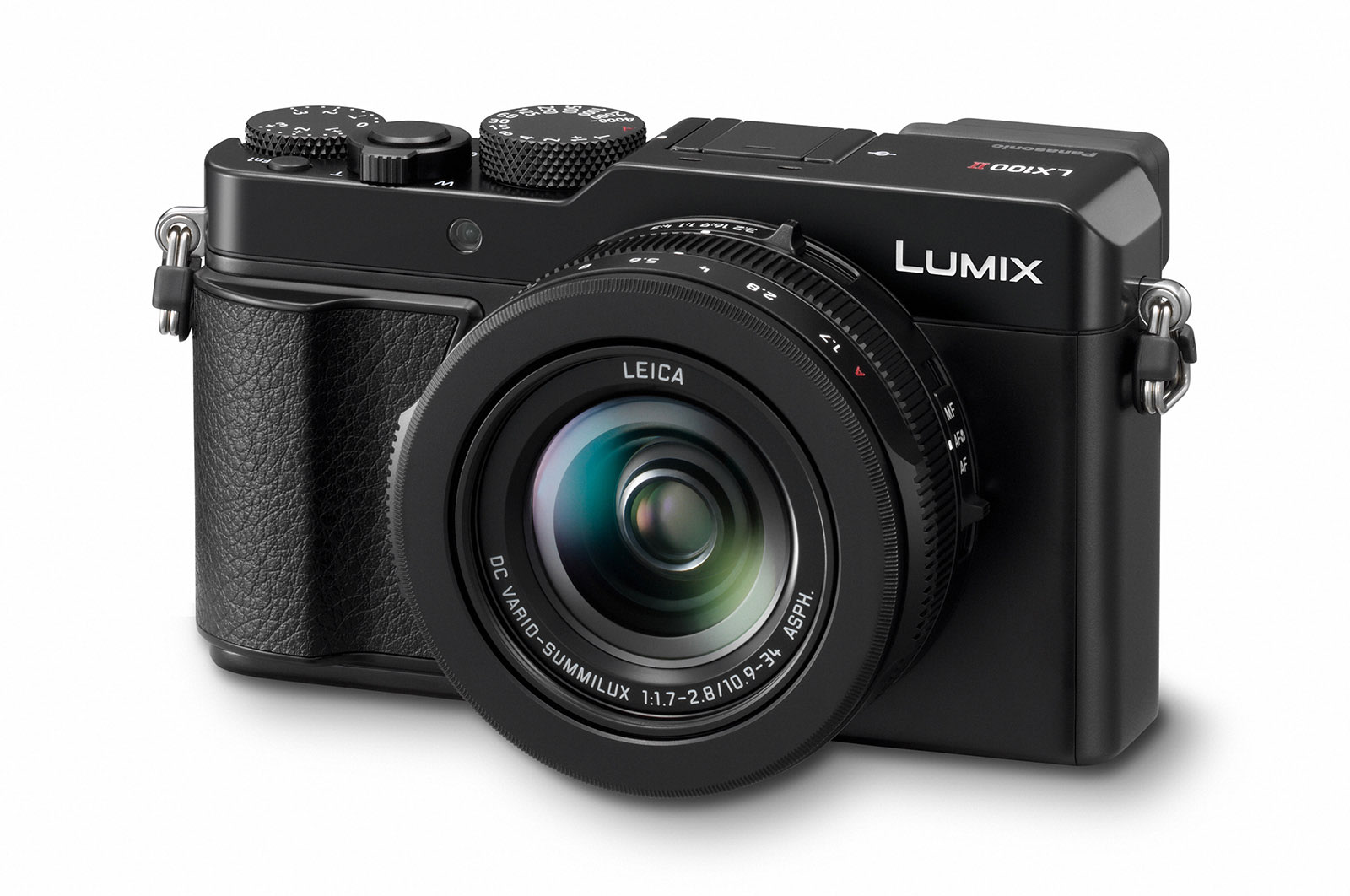 Panasonic has launched the Lumix LX100 II, a compact camera for photographers who might want a bigger sensor than on models like Sony's RX100 VI. The biggest change over the last model is a higher resolution 17-megapixel Four Thirds MOS sensor, a large boost over the 12.8-megapixel chip on the last model. It has much lower noise levels, even at high ISOs, meaning you can get clean shots at up to the maximum 25,600 ISO. It also gained a touchscreen, making it easier to manually set focus points, exposure and other functions.

Other than a new grip, the LX100 II has the same classic good looks and mechanical controls as the original. The Leica 24-75mm (35mm equivalent) f/1.7-2.8 lens is unchanged, as is the 11 fps max AF-S shooting speed, wide-screen 2,764K dot electronic viewfinder (EVF) and 4K video capture capability. Panasonic was well ahead of the curve on 4K in the first place, so unlike other companies, had no need to play catch up.

Also as before, the LX100 II comes with 4K Photo, a feature that lets you capture photos at 30 fps so you can pick just the right one for action shooting. Panasonic has added black and white L.Monochrome and L.Monochrome D shooting modes that offer enhanced shadows and highlights while preserving detail. Finally, making it easier to pair with a smartphone, the LX100 II comes with Bluetooth LE on top of WiFi.

The LX100 II looks like a nice upgrade over the last model, but it doesn't come cheap at $999 (£850). Still, that's a mild saving over Sony's $1,200 RX 100 VI and you get a bigger sensor and better low-light shooting (though less resolution and speed). You'll be able to pick one up sometime in October.

In this article: cameras, Compact, FourThirds, gear, Lumix, LX100II, Panasonic, Stabilization
All products recommended by Engadget are selected by our editorial team, independent of our parent company. Some of our stories include affiliate links. If you buy something through one of these links, we may earn an affiliate commission.