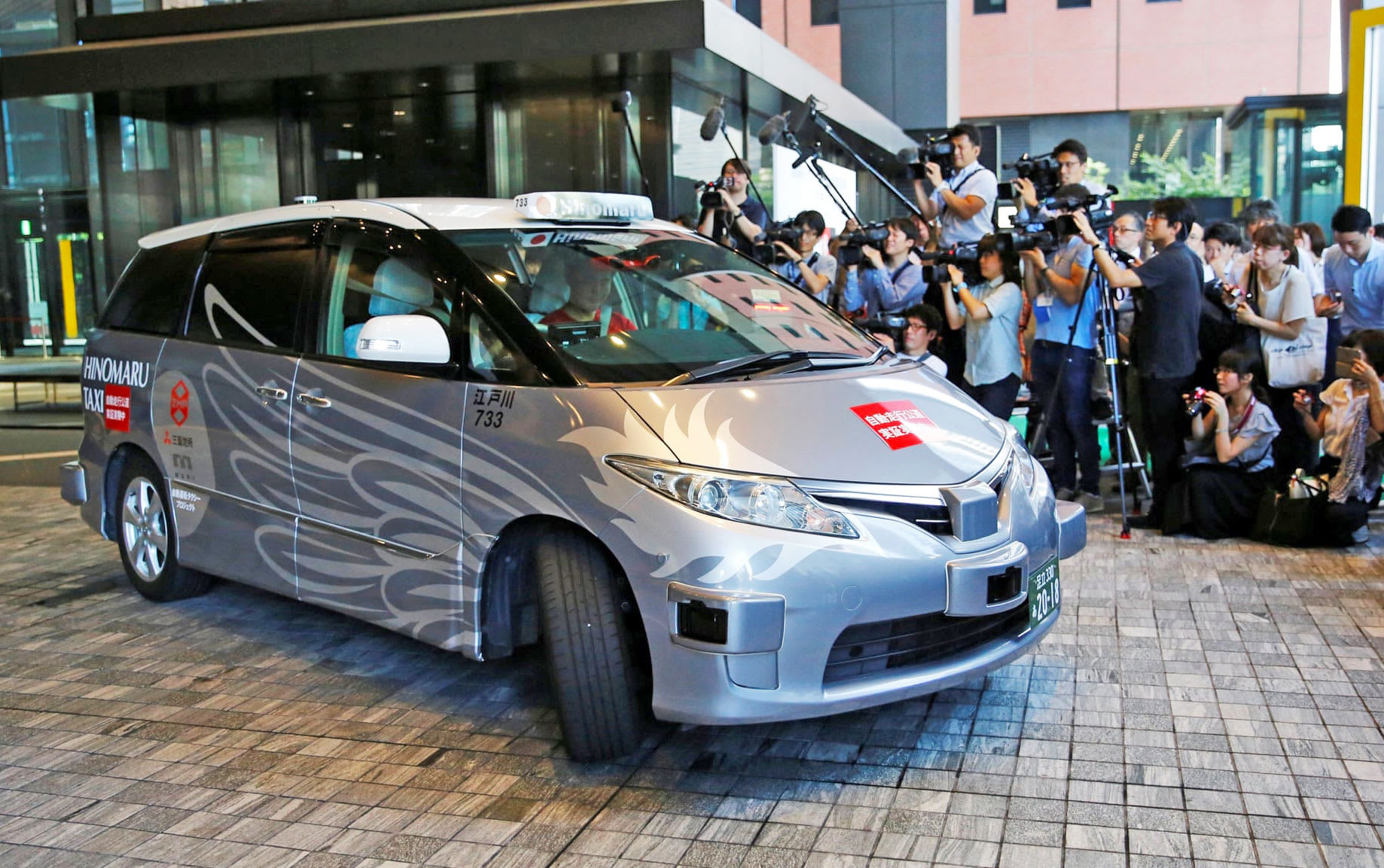 Companies around the world are fervently vying for first place in the race to vehicular autonomy, and now it looks like one venture has crossed the finish line. A self-driving taxi has successfully taken passengers through the busy streets of Tokyo in a demonstration of what could be a fully-fledged service by the time the Olympic Games arrive in the city in 2020.

Tokyo-based autonomous driving tech company ZMP, in partnership with cab firm Hinomaru Kotsu, say they're the first in the world to offer autonomous taxi services to fare-paying passengers. The trial, which is ongoing until September 8th, sees a sensor-equipped minivan make four roundtrips a day between Tokyo's Otemachi and Roppongi districts, which are about 5.3 kilometers apart. Passengers unlock the taxi door and make payments through a smartphone app, and while a driver and assistant are on board during the tests for safety purposes, the trial has so far gone off without a hitch. Japan's streets are no strangers to self-driving taxis, though. Nissan began testing its autonomous cab service back in March, with similar aspirations to having a full service in place come the Olympics.

ZMP's initiative follows recent news that Toyota plans to invest $500 million into Uber's self-driving efforts. Uber's autonomous driving venture suffered a major setback earlier this year when one of its self-driving vans killed a pedestrian during a trial in Arizona. But despite general concerns surrounding the safety of autonomous cars, people in Tokyo have been largely enthusiastic about the taxi venture, with 1,500 people signing up to take part in the trials, and one passenger telling JapanTimes that, "It was such a natural ride that I almost forgot it was a self-driving car. I felt the advancement of technology."

Source: Japan Times
In this article: autonomousvehicle, Olympics, selfdrivingcars, services, taxi, Tokyo, tomorrow, Toyota, transportation, Uber, ZMP
All products recommended by Engadget are selected by our editorial team, independent of our parent company. Some of our stories include affiliate links. If you buy something through one of these links, we may earn an affiliate commission.