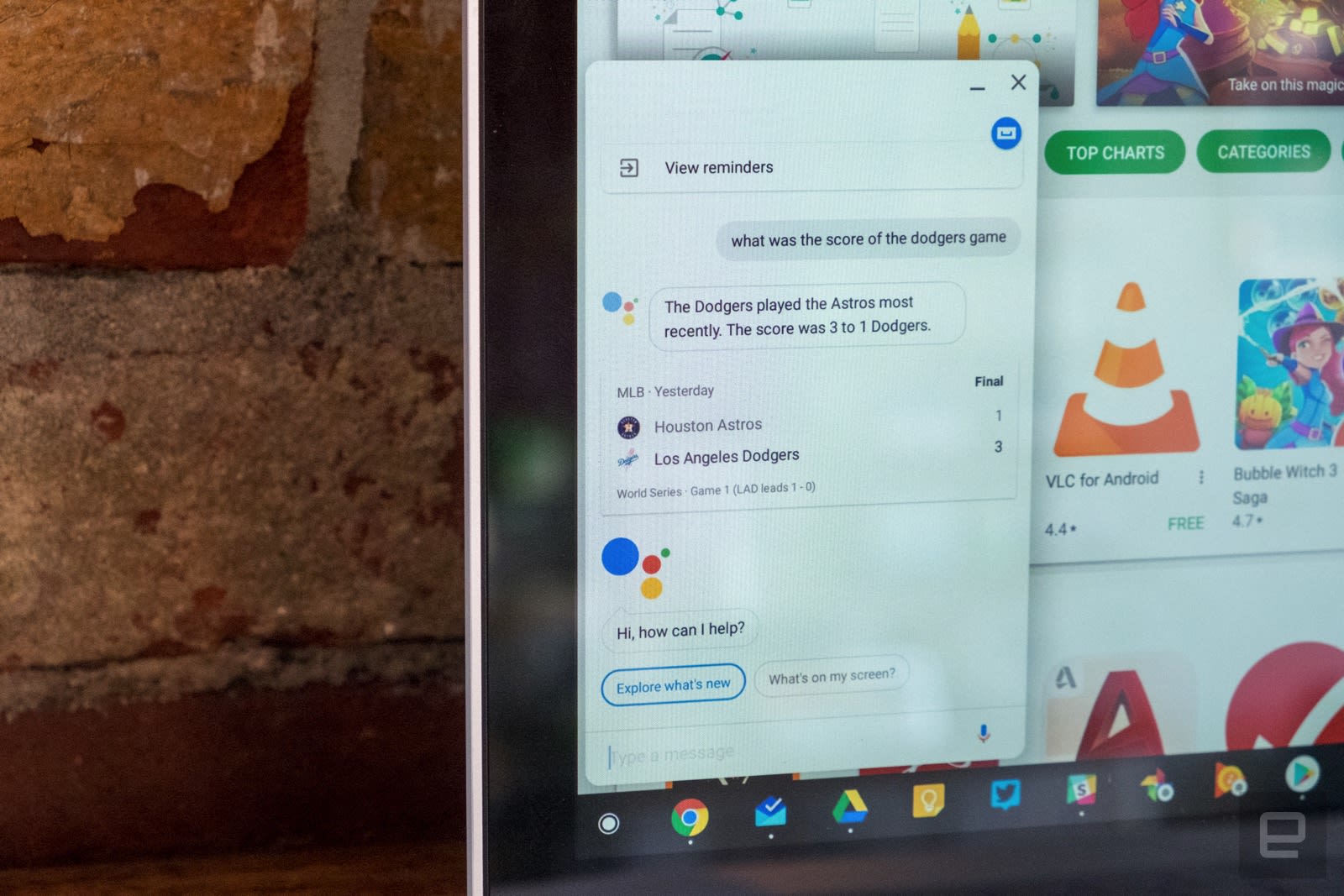 Now that the Chrome browser has received a makeover, it's Chrome OS' turn... and it's about more than just feature parity. Google has released a Chrome OS 69 update that introduces the updated Material Design visuals alongside a few features that could make your Chromebook decidedly more enticing. Most notably, there's now support for running Linux apps. You'll need a supported machine (a handful of machines from Acer, ASUS, HP, Lenovo, Samsung and Google itself). Still, this could be more than a little helpful if you want to run a conventional desktop app or command line terminal without switching to another PC or a virtual environment.

The new software also adds the long-in-the-making Night Light mode to ease your eyes at the end of the day. Voice dictation is now available in any text field, and there's a fresh Files interface that can access Play files and Team Drives. You'll even have fast access to emoji in case you need to drop an eggplant or monocle into the conversation. All told, Chrome OS just grew up a bit -- particularly for people who've wanted more than Android and web apps.

Via: 9to5Google
Source: Chrome Releases
In this article: chrome, chromebook, chromeos, gear, google, internet, linux, operatingsystem, personal computing, personalcomputing, software
All products recommended by Engadget are selected by our editorial team, independent of our parent company. Some of our stories include affiliate links. If you buy something through one of these links, we may earn an affiliate commission.