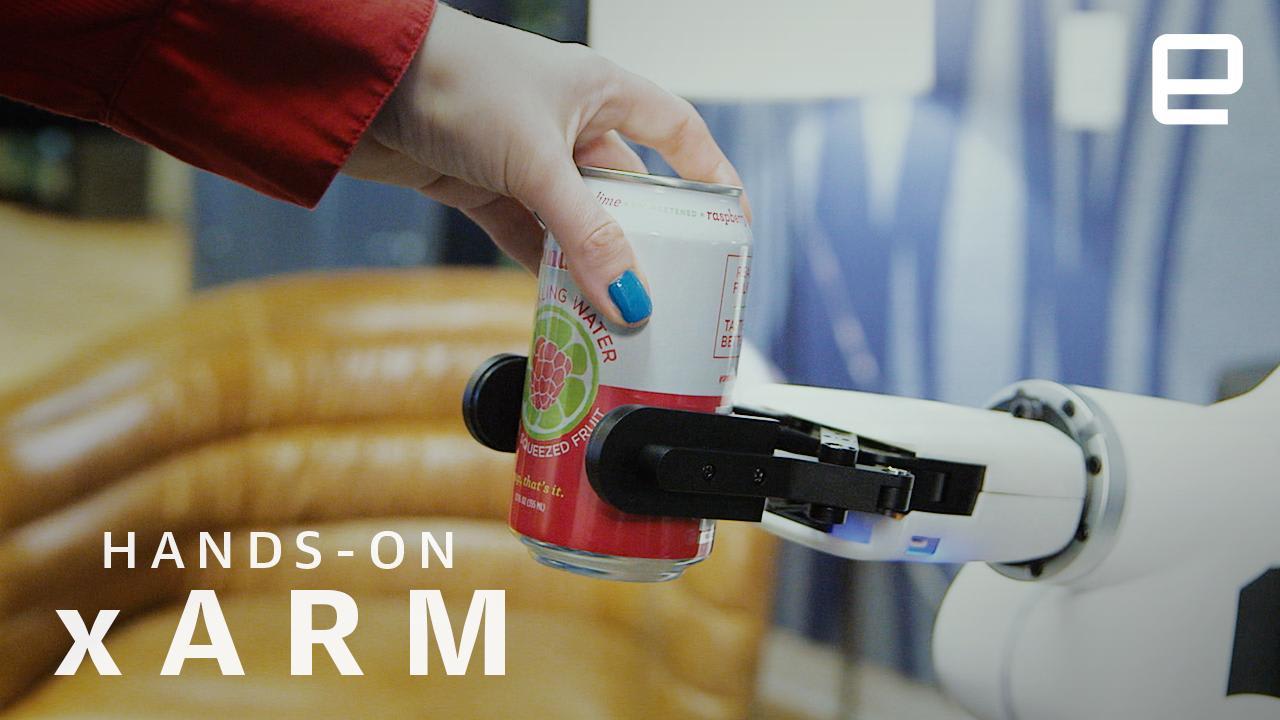 For the most part, robot arms are something we see only in factories -- or, you know, in dopey sci-fi cartoons. They're not something we'd encounter in our daily lives, as much as we'd love to have an extra hand around to open jars, carry bags or set the table. We're still a ways off from that level of convenience, but next year uFactory aims to get us a little closer with xArm, a consumer-friendly robotic appendage that performs simple tasks. It's not quite Rosie the Robot, but at least it can pour you a cup of coffee. The xArm isn't the company's first foray into robotics: The uArm Swift, from 2017, is a more utilitarian model aimed at programmers and makers that costs $749, with a number of optional accessories like 3D-printing and laser-engraving kits. It's obvious at first glance that the $3,599 xArm has a lot more to offer. It's encased in a smooth white carbon-fiber chassis and boasts up to seven axes, allowing for a wide range of movement and a reach of over two feet.

It can do basic machine tasks like pick-and-place or loading and unloading, with its internal sensors adjusting the amount of pressure and strength it applies so that it doesn't accidentally crush or throw what it's picking up. One demo on uFactory's website shows the xArm pouring wine into a glass and picking it up. I didn't have anything that fancy on hand when I demoed the new unit, but I watched it pick up a soda can and stir the contents of my favorite mug without crushing or breaking anything.

Things get a little more advanced when you factor in the various attachments uFactory plans to sell, which go beyond a basic gripper hand into accessories like a camera or even a personal massager. uFactory also showed me a suction cup attachment that did a good job at performing cupping therapy on my skin, which is supposed to help increase blood flow. While I didn't necessarily need it that day, I was impressed by how strong the arm's hold was and how it remained steady even as I roughly pulled my hand away. 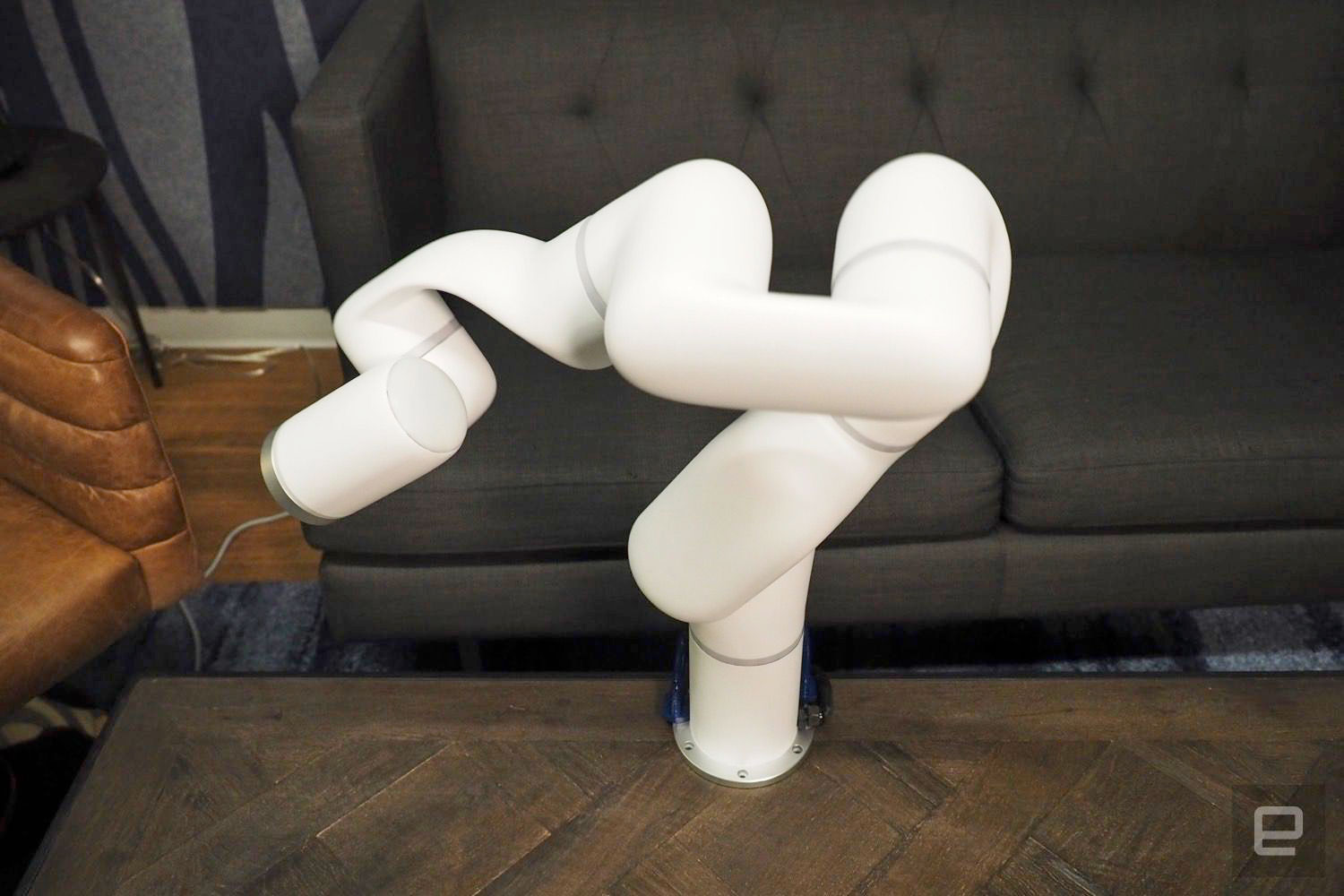 Though strong, the xArm itself isn't too heavy, at 22 pounds (10 kilograms). Its maximum load varies by the number of joints: The xArm5 can hold 13 pounds, while the xArm7 is limited to 7.7 pounds of weight. It's rated IP54 for water resistance, meaning you can place it on your kitchen counter and not worry about the occasional splash, but it won't be washing your dishes anytime soon. Besides not being all that waterproof, a task like that would take a good deal of programming, perhaps more than the typical consumer has the patience for. You'd be better off just cleaning your kitchen yourself -- it would take less time than teaching the xArm all the necessary steps.

The xArm is still pretty rudimentary software-wise. You need to specify coordinates for much of what you want it to do: Pick up object A from coordinate B and place it at coordinate C. Ideally, uFactory would like to one day make pre-programmed tasks available in a menu or with a special external controller, with the xArm using cameras to adjust for variables like the location of a bottle or dish. For example, it could be programmed to feed your pet every day, and it would be able to see whether your cat or dog moved the bowl a few inches before it dropped kibble all over the place. An API is also planned so outside developers can create their own programs for the xArm. 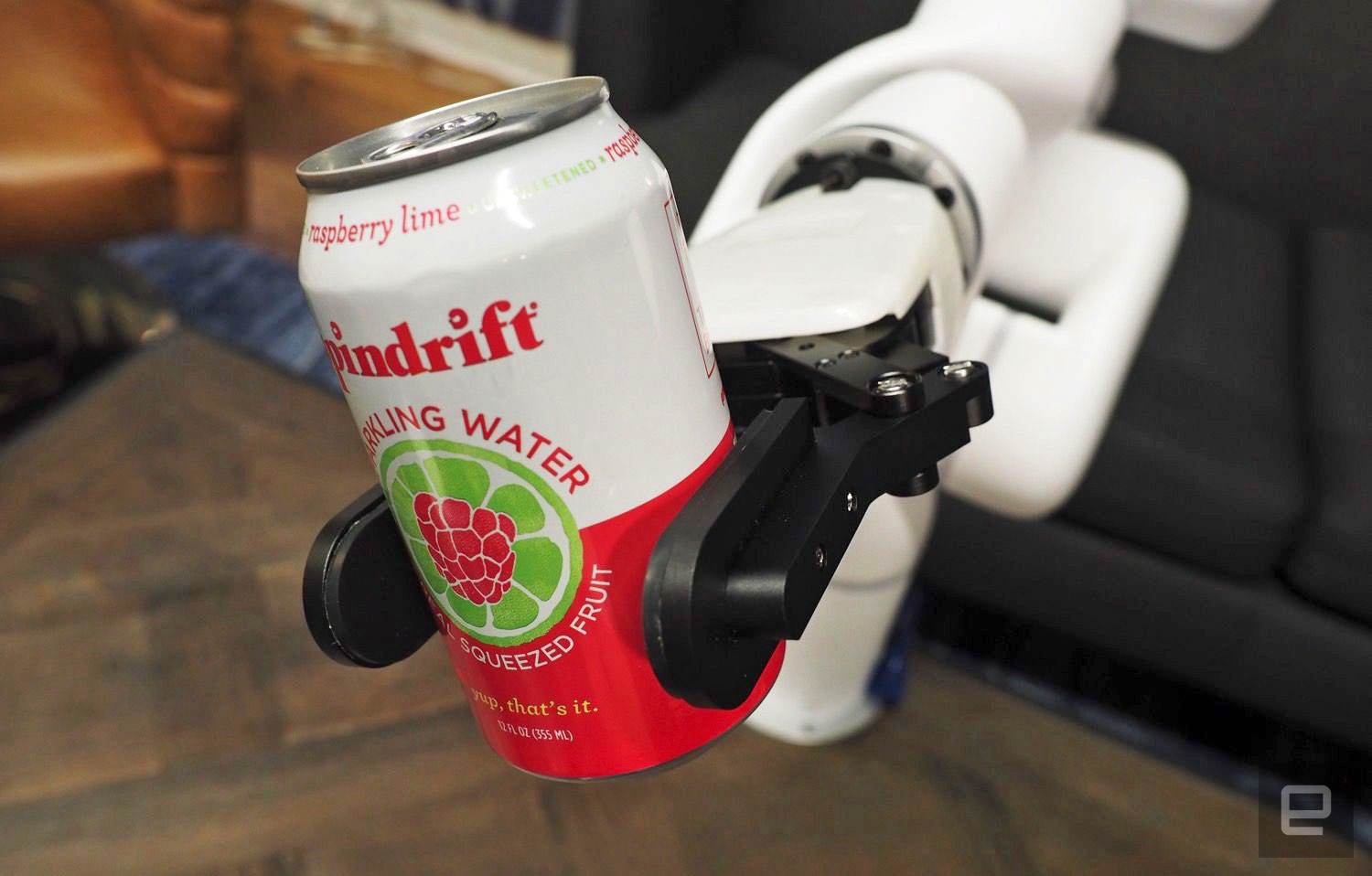 While most of this seems pretty inscrutable and user-unfriendly right now, the xArm does have one feature that's self-evident: a safety mode that allows you to move the arm into the positions you need instead of having to type in a string of coordinates. The arm basically relaxes and lets you manipulate it with a minimum of pressure. It reminded me of how you push down on a dog's rear to teach it to sit, except you won't have to feed the robot a treat when you're done. This mode might be good for getting some kids interested in playing with the xArm, as it doesn't require any programming skills to start. And the safety mode should kick in if the arm collides with anything while it's performing a task, so hopefully you won't have to worry about it punching your baby in the face.

Although the xArm is launching on Kickstarter in October and will hopefully ship to backers next spring, it's not quite polished as a consumer product. It's a project for tinkerers and dreamers. Still, it has a lot of potential and I enjoyed the glimpse of the lazy future it offers, one where my house rolls me out of bed, makes my breakfast and even does my hair and makeup every morning.

In this article: gear, hands-on, robots, uArm, uArmSwift, uFactory, video, xArm
All products recommended by Engadget are selected by our editorial team, independent of our parent company. Some of our stories include affiliate links. If you buy something through one of these links, we may earn an affiliate commission.