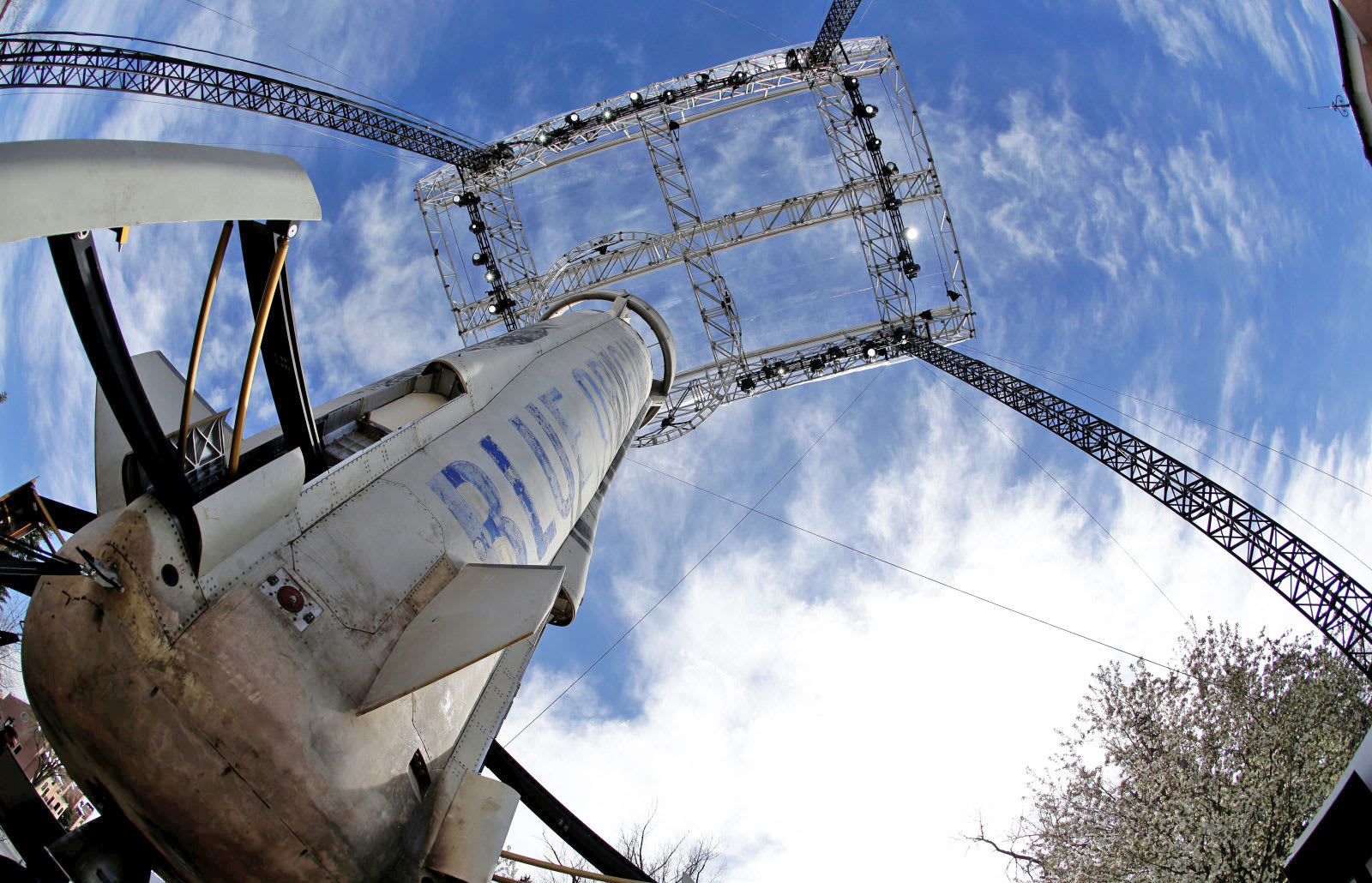 Blue Origin is best known for its own rocket programs, but it just scored a deal that could make it an important name in the spaceflight industry. United Launch Alliance has chosen Blue Origin's BE-4 engine (two of them, to be exact) to power the booster stage its next-generation Vulcan Centaur rocket, which is due to launch in mid-2020. Jeff Bezos' outfit won't be the only rocket vendor involved, but it crucially beat out Aerojet Rocketdyne -- a behemoth in the industry that had tried to pressure ULA into avoiding Blue Origin tech altogether.

Ars Technica noted that Aerojet had wielded its lobbying influence, with two politicians telling the US Air Force that it shouldn't provide more funding to ULA until it handed over "approval rights" for engine contractors. Blue Origin's methane-powered engine was "unproven," they claimed. However, Bezos' persistence paid off. His company continued with development, while Aerojet scaled back and even stopped funding its own alternative in likely anticipation of Blue Origin clinching the sale.

This doesn't ensure that Blue Origin will be a regular rocket supplier. However, it does reflect the much fiercer competition in rocketry over the past few years. Where Aerojet could previously assume it would win major rocket deals left and right, it now has to fight for some of them. That's not including business it might lose when NASA and others use rockets from the likes of SpaceX. This additional rivalry could lower the costs of spaceflight as companies strive to outbid each other on all-important rocket contracts.

Via: Ars Technica
Source: United Launch Alliance
In this article: aerojetrocketdyne, be-4, blueorigin, engine, gear, jeffbezos, rocket, space, ula, unitedlaunchalliance, vulcancentaur
All products recommended by Engadget are selected by our editorial team, independent of our parent company. Some of our stories include affiliate links. If you buy something through one of these links, we may earn an affiliate commission.