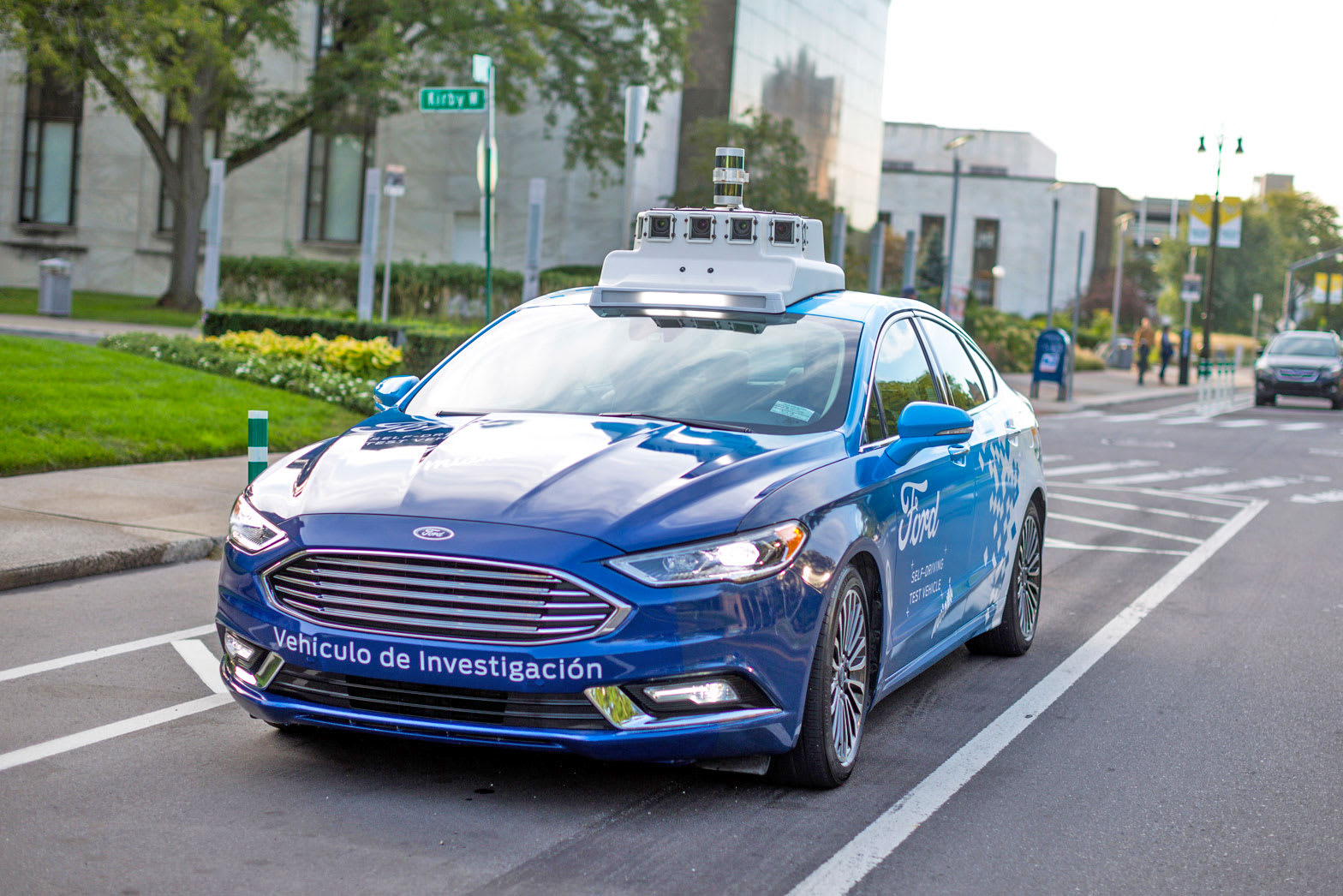 Future self-driving cars might be reliable enough to ditch the steering wheel. But what happens if you do need to take over in a pinch? With Ford, it might be as simple as pulling out your phone. The company recently obtained a US patent for two driving modes that would use a touchscreen device to steer an otherwise autonomous vehicle once you receive permission. The first mode, as Autoblog pointed out, would mimic the tilt-to-steer mechanic from games like Real Racing 3 -- your device's accelerometer and gyroscope would guide the front wheels. It'd be intuitive, if a little disconcerting when it would involve a ton of real metal hurtling down the road.

The second mode wouldn't be quite so involved. Instead, you'd use your finger to turn an on-screen steering wheel.

In both cases, you wouldn't necessarily have full control of the car. The vehicle would control acceleration, braking or both, leaving you to decide where it's going. This could be helpful if you're trying to force a lane change or drive through a private area the car didn't recognize.

As with most patents, this doesn't necessarily represent a product roadmap for Ford. There are certainly security and performance concerns that would have to be addressed before then. How do you prevent someone from hijacking your car, or keep the lag low enough to make it truly responsive? Companies will likely have to address these concerns sooner or later, though. No matter how reliable driverless cars may become, there will likely be some point at which you'll want to take over, however briefly. Ford might as well get ready for that moment now instead of scrambling to find a solution when it's absolutely necessary.

Via: CarBuzz, Autoblog
Source: USPTO
In this article: autonomous, ford, gear, mobile, patent, self-driving, self-drivingcar, smartphone, transportation, uspto
All products recommended by Engadget are selected by our editorial team, independent of our parent company. Some of our stories include affiliate links. If you buy something through one of these links, we may earn an affiliate commission.