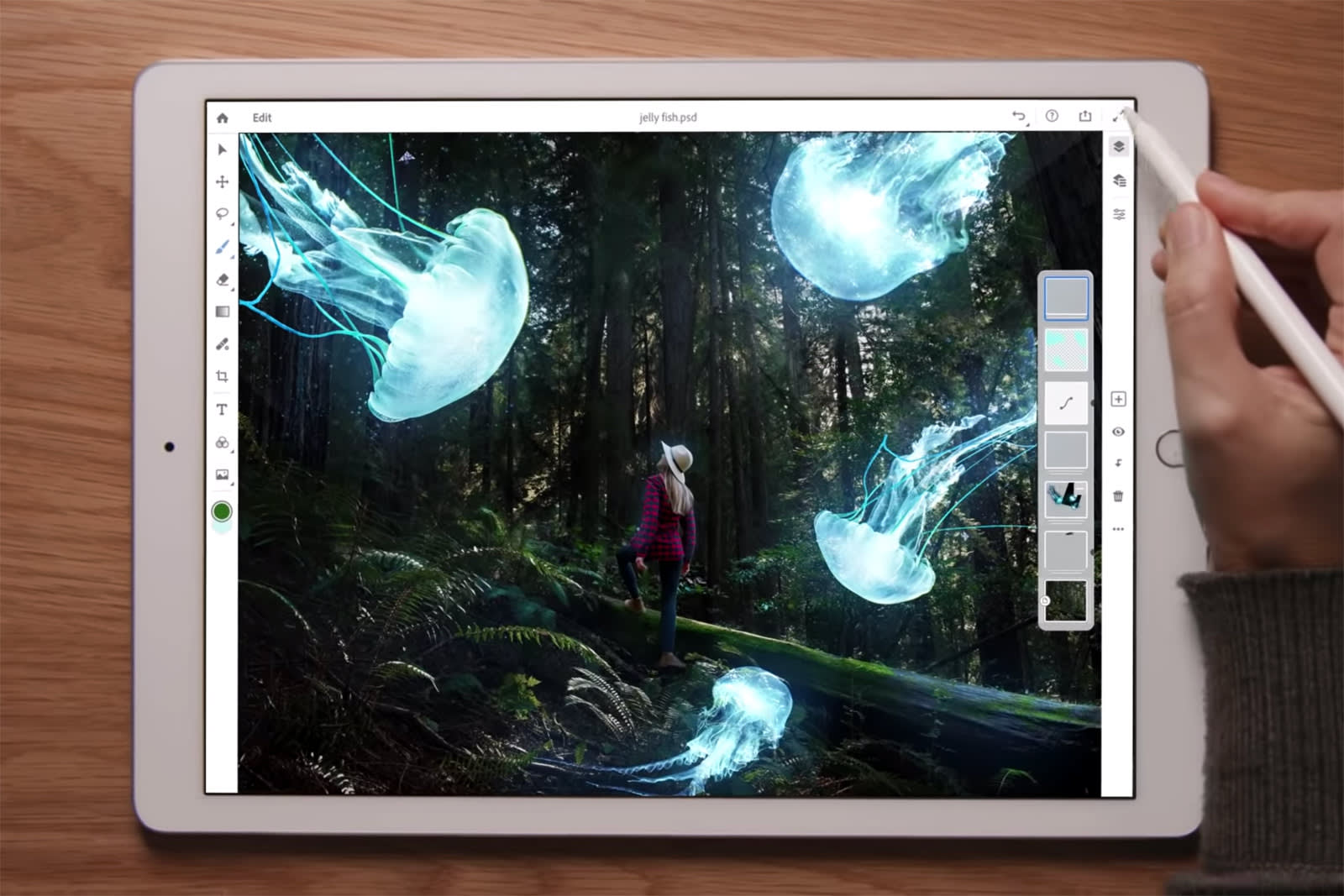 You might have noticed that Adobe's slew of announcements at its MAX conference made a reference to Photoshop CC coming for iPad. As it turns out, it's a pretty big announcement -- and it might just change how you edit images on the go. The upcoming release uses the same code as the desktop version to provide much of the same feature set (more on that later), just with an interface optimized for finger and pen input instead of a mouse. That includes "natural touch gestures," according to Adobe. If you can produce artwork on your computer, you can probably accomplish the same feat on Apple's tablet.

The iPad version is very much part of Adobe's Creative Cloud and will sync progress using the "exact same" files whether you're using your slate or a PC.

Photoshop CC won't reach the iPad until sometime in 2019, and you won't want to switch over your entire production workflow when Adobe is warning that it'll only include a "smaller set of features" with the 1.0 release. The company characterizes this more as a companion app for someone who normally edits on a computer. It's not clear if or when Android users will receive an equivalent.

Still, it's a significant development both for the iPad and mobile tablets as a whole. While there are certainly creatives who work on iPads, they typically have to turn to apps like Pixelmator that (as good as they are) don't fit easily into an Adobe-centric workflow. Those who insist on PC-level Photoshop, meanwhile, have had to use Windows tablets like the Surface Pro. You won't have to worry quite so much about your choice of platform going forward.

This is also a testament to the rapidly improving performance of mobile tablets. Where the first models were barely more powerful than phones, newer hardware now has enough power to run 'real' Photoshop. The vision of the tablet as a laptop replacement is no longer as far-fetched as it once seemed, even if multitasking and other elements still aren't powerful enough to make you completely forego a PC.

Source: Adobe Blog
In this article: adobe, app, cloudpsd, creativecloud, gear, internet, ios, ipad, mobile, photoshop, photoshopcc, productivity, tablet, video
All products recommended by Engadget are selected by our editorial team, independent of our parent company. Some of our stories include affiliate links. If you buy something through one of these links, we may earn an affiliate commission.