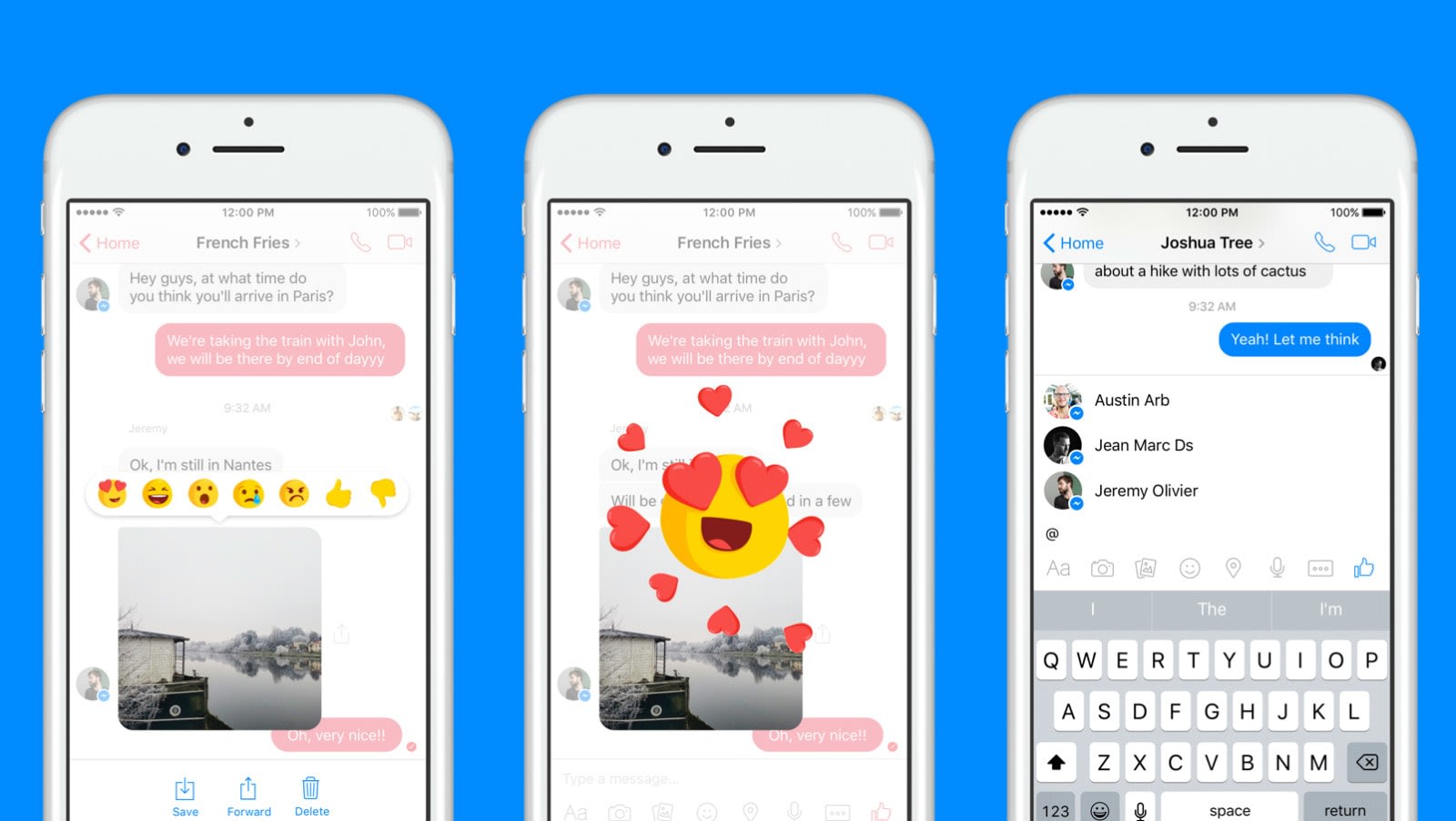 Previously reserved for its top brass, Facebook's unsend message feature will soon be available to all. But you'll only get 10 minutes to take back that DM before it's read. The short window makes WhatsApp's hour-long deletion period seem generous in comparison. The Verge spotted the perk listed as "coming soon" in the release notes for version 191.0 of Messenger's iOS client.

Back in April, TechCrunch revealed that Facebook had been covertly deleting messages sent by Mark Zuckerberg and other execs from people's inboxes. The social network said it had taken the steps for corporate security in the wake of the 2014 Sony Pictures hack. That admission only served to further dent the beleaguered company's reputation amid the fallout from the Cambridge Analytica scandal. As a concession, it promised to open up the function to everyone.

Despite maintaining that the steps taken were within its legal rights, Facebook nonetheless promised to stop scrubbing Zuck and co's messages from inboxes until the feature went public. Though how it will go about implementing it remains to be seen. For example, will Facebook inform the recipient that a message has been retracted? Fortunately, there's not long left till we find out.

Source: The Verge
In this article: facebook, gear, messenger, mobile, unsend
All products recommended by Engadget are selected by our editorial team, independent of our parent company. Some of our stories include affiliate links. If you buy something through one of these links, we may earn an affiliate commission.