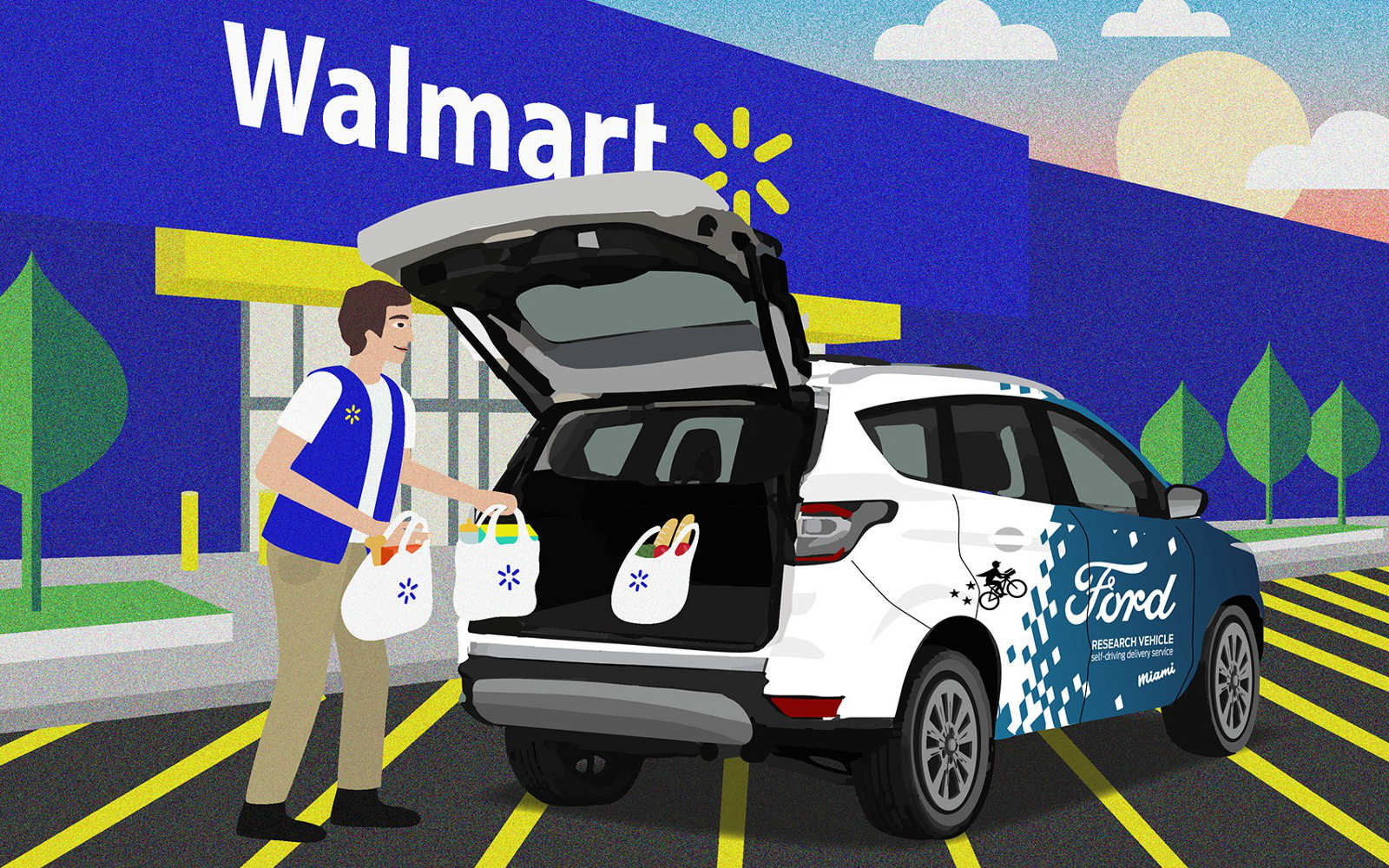 Self-driving car collaborations are becoming increasingly commonplace. The latest team-up comes from Ford and Walmart -- two older-world companies using autonomous tech to combat nascent startup rivals and remain relevant in an ever-changing landscape. The eventual goal is to bring Walmart shopping items to customers in a self-driving Ford with the help of Postmates' delivery infrastructure. Initially, however, the venture will rely on human-driven cars designed to simulate how a self-driving vehicle would operate.

Ford has already started testing its autonomous cars in Miami and Washington DC, with plans for commercial production by 2021. The auto-maker previously trialled a Domino's pizza delivery service using a self-driving Ford Fusion in Ann Arbor, Michigan. Back in January, it announced multiple pilot programs with Postmates to explore ways of integrating the on-demand delivery service with its autonomous vehicles platform.

Over the coming months, Ford plans to test out what Walmart goods it can feasibly deliver, taking into account hurdles like perishable items, multiple drop-offs, and storage concerns. It ultimately wants to bring you everything from groceries to pet food and diapers.

"We're confident that working with Walmart will strengthen our effort to successfully deploy self-driving vehicles in a way that people actually want to experience — whether they're ordering takeout, groceries or anything else they might need," writes Ford's Brian Wolf, director of the company's autonomous vehicles unit.

Walmart, meanwhile, is tapping its employees to deliver items (with mixed results) as it looks to take on Amazon. Ditching humans in favor of self-driving cars could help it to further reduce costs -- until the rise of the drones, that is.

Source: Ford (Medium)
Coverage: CNBC
In this article: AutonomousVehicles, delivery, ford, gear, postmates, Self-drivingCar, services, transportation, walmart
All products recommended by Engadget are selected by our editorial team, independent of our parent company. Some of our stories include affiliate links. If you buy something through one of these links, we may earn an affiliate commission.