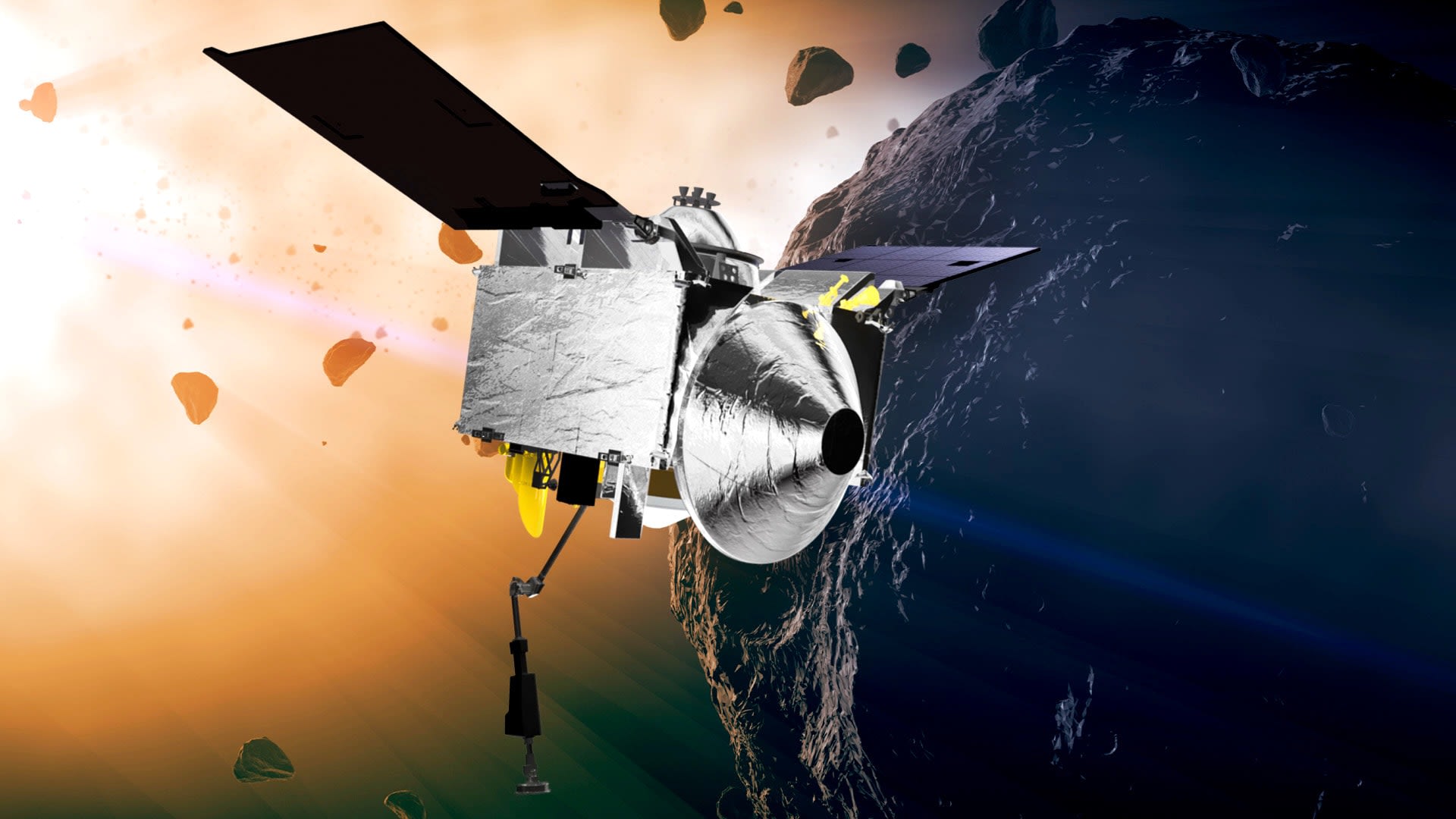 NASA's spacecraft OSIRIS-REx is just 75 miles from its destination and, just like you would near the end of a light, it's starting to stretch out. The craft successfully tested its Touch-and-Go Sample Acquisition Mechanism (TAGSAM), a robotic arm that will allow it to grab samples from the surface of the asteroid Bennu.

According to NASA, the test run went as planned. OSIRIS-REx, with the help of engineers from Lockheed Martin, showed off the full range of motion of its arm. It flexed its shoulder, elbow, and wrist joints -- all while hurtling through space. The test's success was confirmed by telemetry data and photos captured by an onboard camera.

TAGSAM will be essential for OSIRIS-REx to complete its mission. The craft will use the robotic arm to collect a couple of ounces of loose dirt and rock from the surface of Bennu. Researchers hope the sample of regolith from the carbon-rich space rock might hold some hints about the beginning of the solar system and the building blocks of life.

OSIRIS-REx is expected to reach Bennu on December 3rd. It will spend two years studying and mapping the 1,650-foot asteroid before finally scooping up the sample it was sent to retrieve. Then it will make its way back to Earth. The spacecraft is expected back on this planet in 2023. In the mean time, it's already sent back some pretty impressive photos of its trip.

Source: NASA
In this article: asteroid, gear, LockeedMartin, NASA, Osiris-Rex, OSIRISREX, RoboticArm, robots, space, SpaceExploration
All products recommended by Engadget are selected by our editorial team, independent of our parent company. Some of our stories include affiliate links. If you buy something through one of these links, we may earn an affiliate commission.