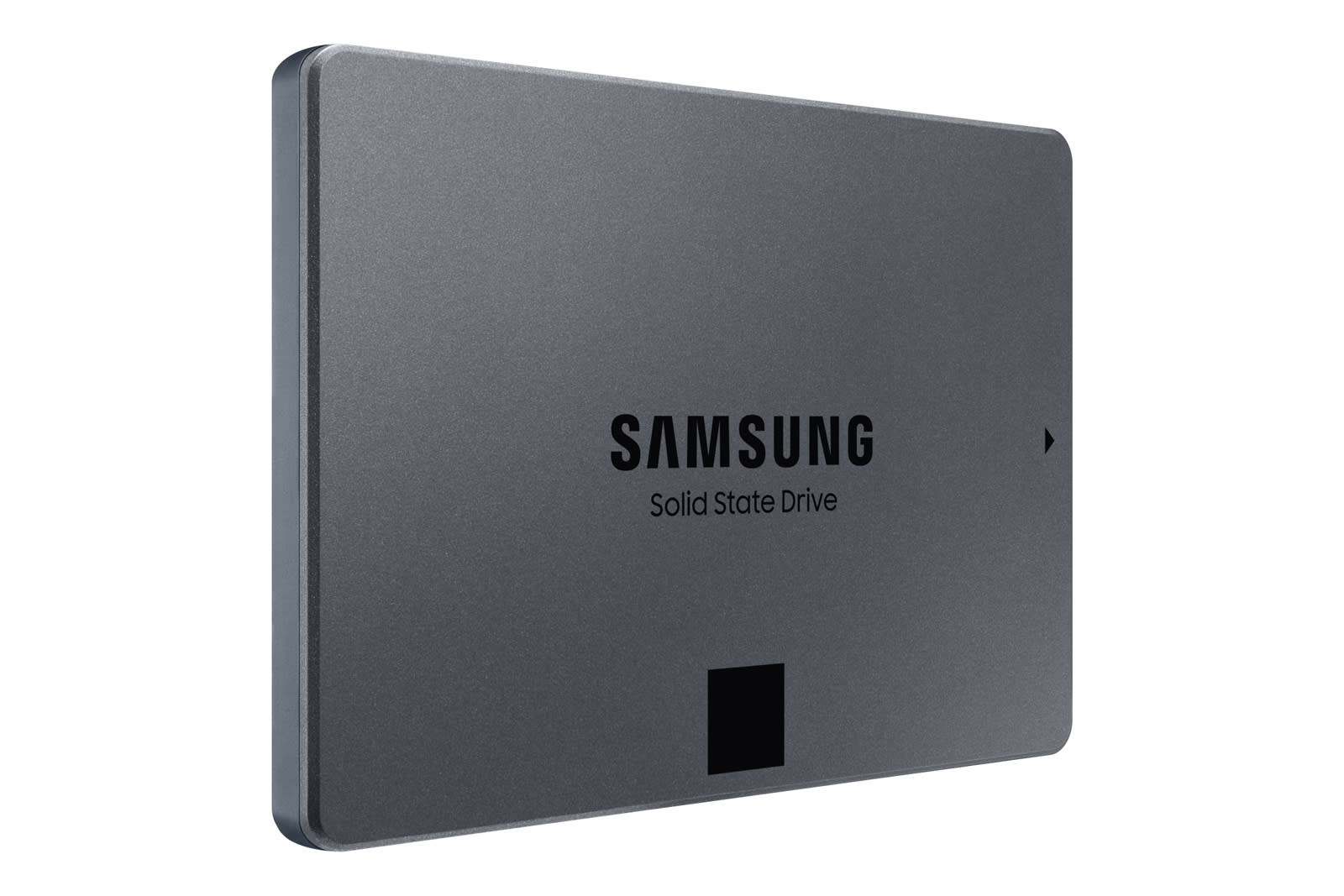 To date, buying a multi-terabyte solid-state drive has usually meant paying through the nose. It hasn't been uncommon to spend $1,000 or more to get a drive with capacity matching hard disks costing far less. That gap hasn't completely closed yet, but it's getting much narrower -- Samsung has unveiled its promised multi-terabyte SSD for the masses, the 860 QVO. The 2.5-inch SATA lineup uses quad-level cell (aka 4-bit) V-NAND memory to offer high capacities at prices that you wouldn't expect, at least not from a brand as big as Samsung.

The lineup will be available on December 16th starting at a modest $150 for a 1TB model, climbing to $300 for a 2TB drive and peaking at a relatively reasonable $600 for a 4TB version. You could use one to store all your data without breaking the bank, rather than having to use it as a boot drive.

You may want to be careful before rushing to buy one for your gaming rig, though. While the sequential data read speeds are good for the money at 550MB/s, the write speeds are another story. AnandTech pointed out that the claimed 520MB/s sequential write speed only holds when you're using the cache. Like other high-capacity-low-price SSDs, the sustainable speeds fall significantly when you don't have the luxury of that cache, ranging from 80MB/s on the 1TB model to 160MB/s on the 2TB and 4TB editions. A discounted 860 EVO might be more competitive than the QVO. With that said, we wouldn't expect the QVO to stay at official prices forever. A drop in street prices could make this the value champ for people more interested in having a do-it-all drive than the fastest possible performance.

Source: Samsung
Coverage: AnandTech
In this article: 860qvo, gear, personal computing, personalcomputing, qlc, quad-levelcell, samsung, solid-statedrive, SolidStateDrive, ssd, storage
All products recommended by Engadget are selected by our editorial team, independent of our parent company. Some of our stories include affiliate links. If you buy something through one of these links, we may earn an affiliate commission.