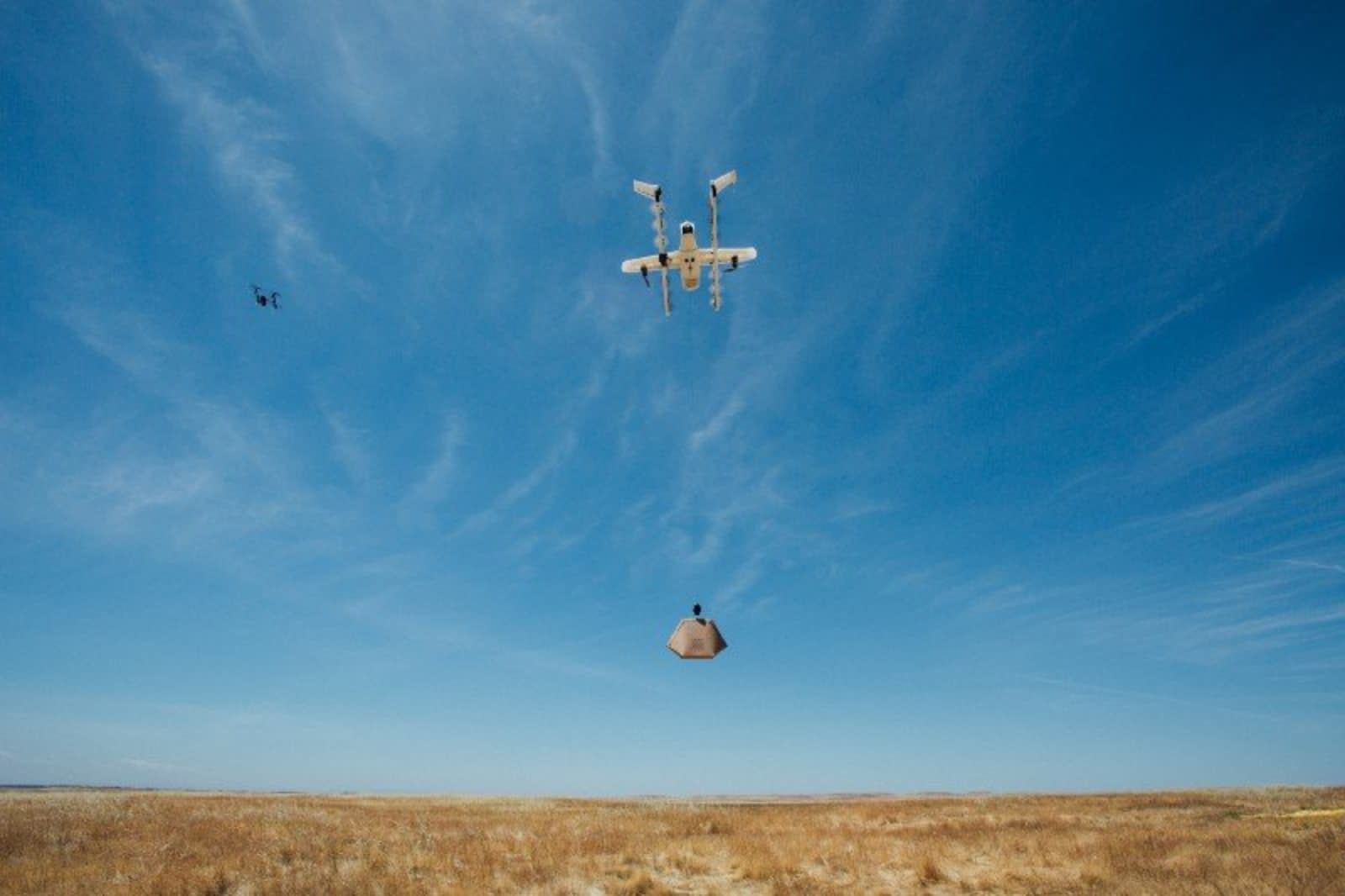 Wing, the drone delivery project of Google's parent company Alphabet, graduated from an X program to a fully-fledged business earlier this year. After testing burritos by drone back in 2016, the project expanded into rural Australia last year and now, after becoming a proper company, the service is rolling out tests in Finland. It's announced that from spring 2019, it'll start delivering goods across 10 kilometer distances in the cold capital of Helsinki.

Its Wing's first foray into the European market, and a fitting destination as like the Australian trial, it'll provide a range of environments in which to test the drones' capabilities. And like the Aussie project, the Finnish service will be free until commercial launch -- people can simply select items to be delivered by drone using an app.

Finland is also known as a forward-thinking country, but it's a doubly attractive pilot destination due to its relatively clear airspace that sits a long way away from the UK, where Amazon is busy with its Prime Air drone program. Both Google and Amazon have been working on drone projects for a long time, but regulatory challenges -- particularly in the US -- have dampened progress. Finland represents an opportunity to really push things forward -- plus, Wing is asking Finns to suggest ideas for what it should do while it's there, so it's clearly keen to maximise the opportunity.

While Wing as a fully-formed company now looks set to take off (so to speak), it's still not clear whether the operation will remain exclusively financed by Alphabet, or if outside investment will be brought in. In an interview, CEO James Ryan Burgess declined to comment on the matter, but did say that the shift to subsidiary "shows a lot of confidence in the drive forward. As a separate company we will have to show business viability. And we are excited about the future."

Source: TechCrunch
In this article: Alphabet, Amazon, business, delivery, drone, Finland, gadgetry, gadgets, gear, google, PrimeAir, services, TL18ABCD, tomorrow, Wing
All products recommended by Engadget are selected by our editorial team, independent of our parent company. Some of our stories include affiliate links. If you buy something through one of these links, we may earn an affiliate commission.