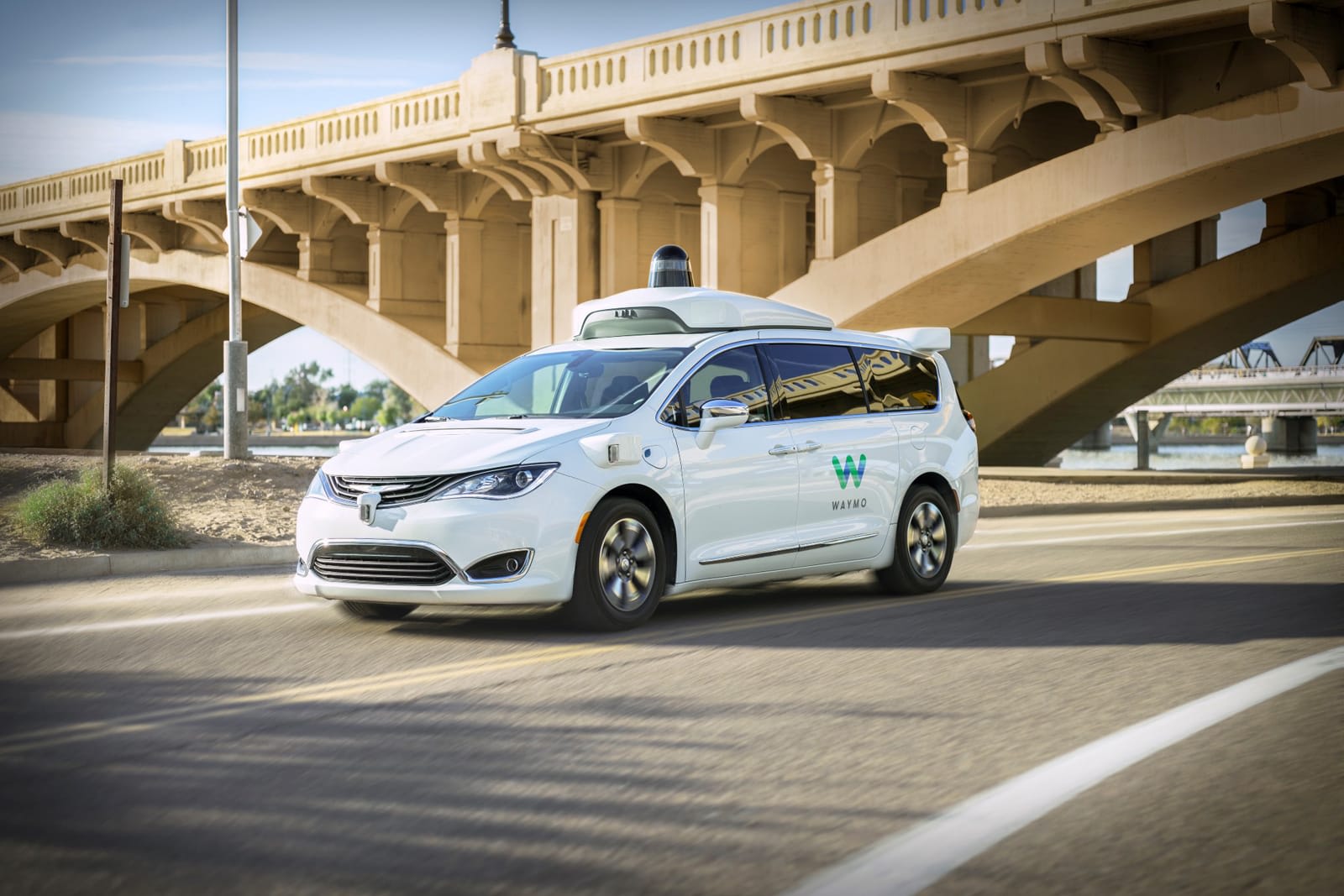 The rumor was true: Waymo's self-driving car service is here. The company has launched Waymo One, its first commercial ride hailing offering. People in part of the metro Phoenix area can use an app to ask for an autonomous vehicle 24/7 much like they would ridesharing cars, complete with price estimates and trip reviews. Up to three adults and a child can travel at once. To no one's surprise, though, Waymo is starting cautiously -- it's hoping to avoid further collisions and ease the community into a driverless world.

The service will initially be limited to "early riders" who've already been a part of Waymo's test programs. This first wave will also find human drivers ready to take over in the event of a problem. Those pre-launch passengers won't be done with experiments, either. There will still be a program in place to test changes before they come to Waymo One, such as fully driverless cars.

The hailing app will reflect Waymo's caution, with support taking a prominent role. Riders will have fast access to both phone and chat support as well as answers to common questions, such as whether or not they can change the destination mid-ride.

Waymo plans to gradually introduce One to the general public, and driver-free transport is characterized as more a question of "when" than "if." With that said, we wouldn't expect that to happen in the immediate future. The Alphabet-owned brand has been talking about autonomous taxi service for more than a year, and incidents like the October collision with a motorcycle could easily make Waymo and customers skittish even though the high-profile crashes were the result of human errors. It likely wants to avoid a fatal crash like Uber's at all costs.

As for what's next? Waymo may only expand slowly at first. It has permission to test completely driverless cars on California roads, but that doesn't guarantee launching a paid service in the state in the near future. The company's long-term plans ultimately hinge on legislation (such as the Senate's still-in-progress AV START Act) as much as they do refinements to the technology for harsh weather and other challenges. Still, Waymo One represents a major milestone on the path toward autonomy entering the mainstream -- the days of having to take a fixed-route shuttle might be numbered.

Source: Waymo (Medium 1), (2)
In this article: alphabet, autonomous, gear, google, internet, phoenix, self-driving, self-drivingcar, services, TL18ABCD, transportation, video, waymo, waymoone
All products recommended by Engadget are selected by our editorial team, independent of our parent company. Some of our stories include affiliate links. If you buy something through one of these links, we may earn an affiliate commission.