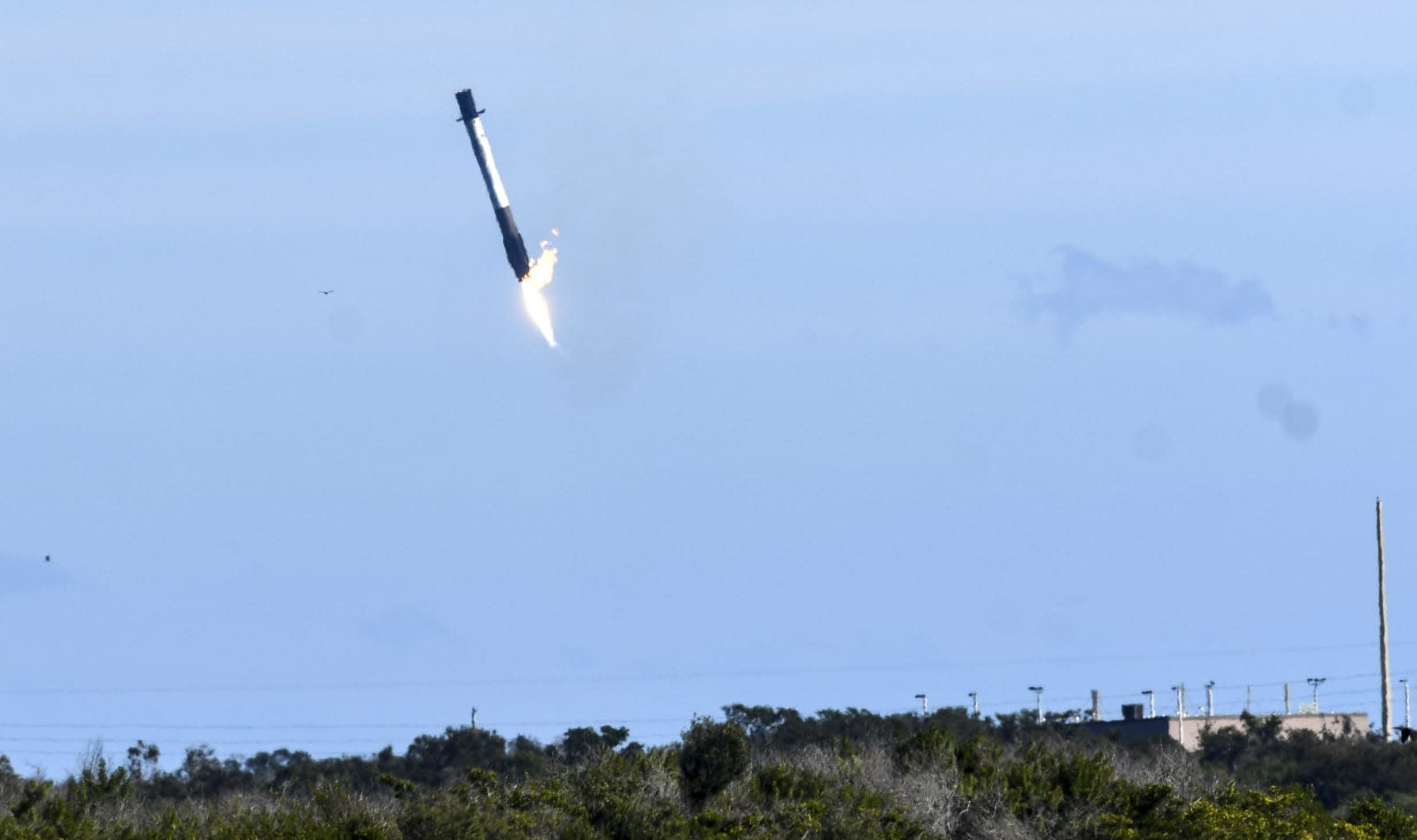 SpaceX has made sure it's got its money's worth out of the Falcon 9. On Wednesday, the rocket successfully launched for a resupply mission to the International Space Station. Unfortunately, though, the milestone was marred by a missed landing of the booster's first stage.

Although it became SpaceX's sixth ever landing failure, the malfunction was the company's first since June 2016, following a run of 26 straight successes. Just two days previous, SpaceX successfully completed its Spaceflight SSO-A: SmallSat Express mission, with a Falcon 9 sending 64 small satellites from a variety of customers, including clients from Brazil, Canada, South Korea and the UK. It was the largest single collection of spacecraft to launch from the US, but also marked the first time a single booster had ever sent a rocket to orbit on three separate occasions.

According to a tweet by Elon Musk, the Falcon 9's reusable booster, which underwent its maiden launch, missed the landing zone at Cape Canaveral because of a stalled hydraulic pump on the grid fin. Footage captured by Twitch streamer DazValdez reveals the moment the booster took a tumble.

Obviously, things could have been much worse, but the mishap does demonstrate the challenges involved in reusing rockets. SpaceX had previously had designs on making the rocket's second stage reusable as well, but this was scrapped to focus on the development of the Big Falcon Rocket instead.

Still, SpaceX reckons the Falcon 9 design has got another 300-odd missions left in it before it retires, assuming of course the missed landing won't set future launches back.

Update 12/6/2018 11:10AM ET: This article has been updated to correct an error regarding the reusable booster. The booster used in Wednesday's CRS-16 mission underwent its maiden launch, while the booster carrying 64 small satellites from California's Vandenberg Air Force Base made a historic third journey to space earlier this week.

In this article: BigFalconRocket, CapeCanaveral, ElonMusk, Falcon9, landing, launch, reusable, rocket, space, SpaceX, tomorrow
All products recommended by Engadget are selected by our editorial team, independent of our parent company. Some of our stories include affiliate links. If you buy something through one of these links, we may earn an affiliate commission.