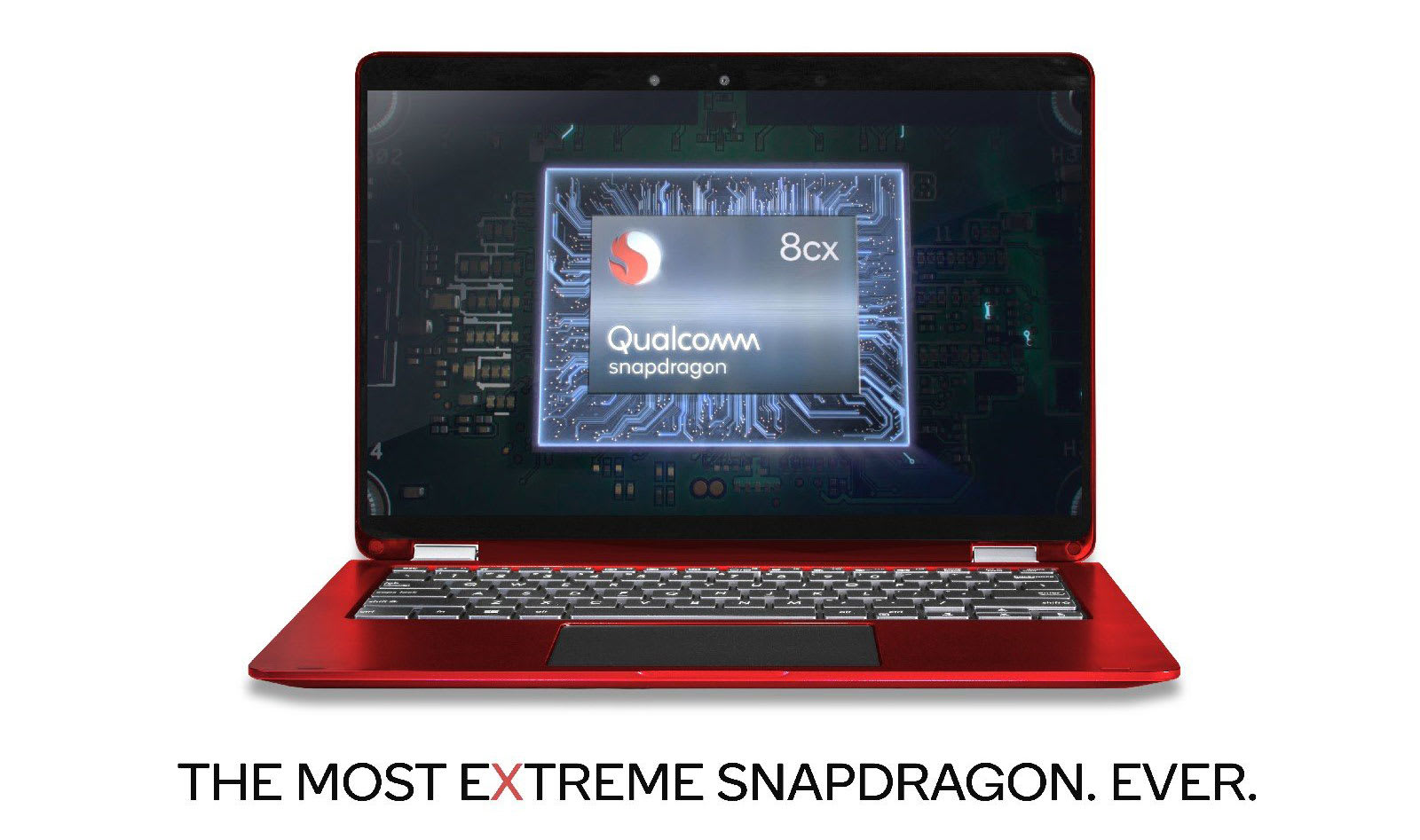 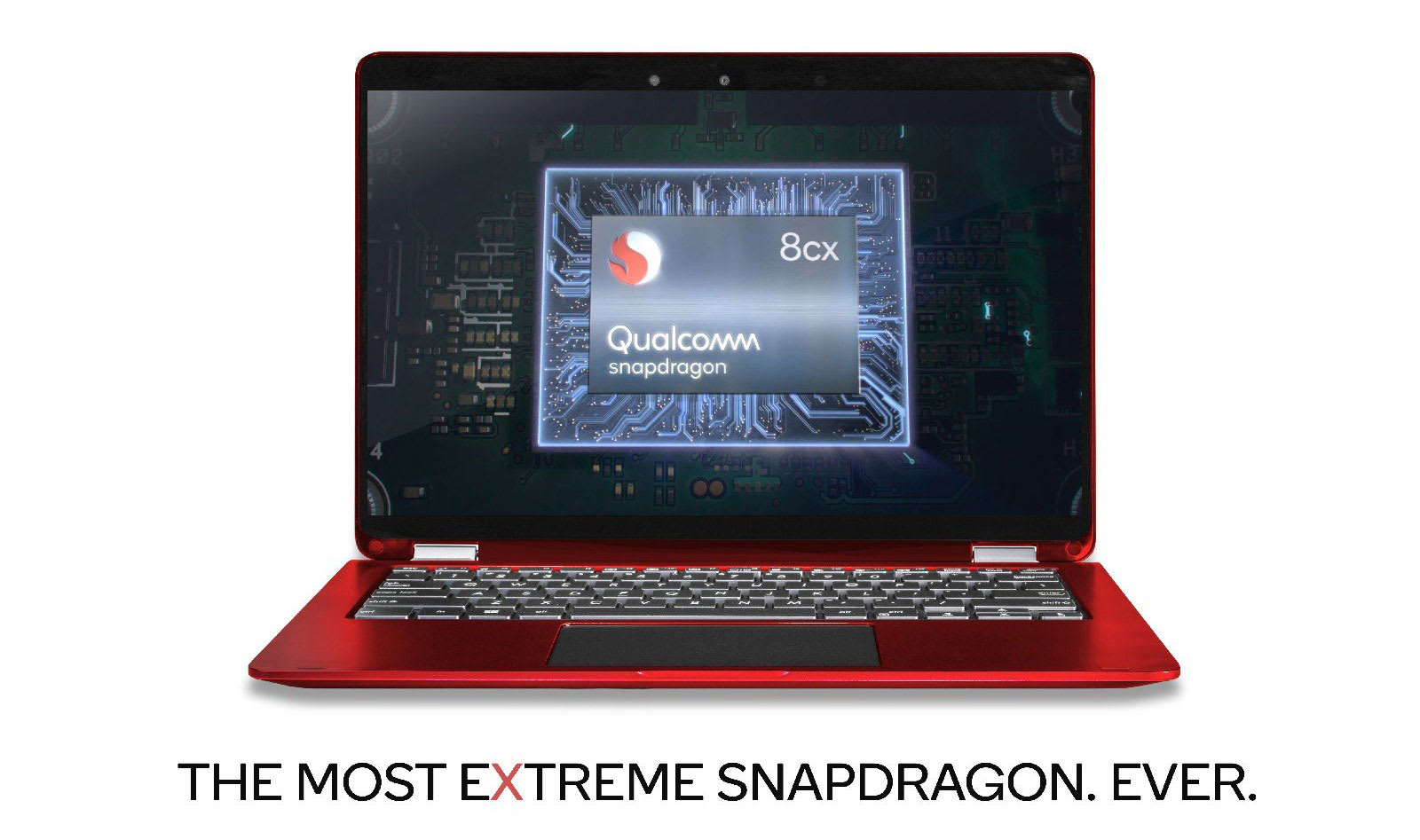 It's been a year since we've seen the first devices running Windows on Snapdragon, and Qualcomm is continuing its quest to make a capable ARM-based processor for PCs. On the third of its three-day tech summit in Hawaii today, the company unveiled the Snapdragon 8cx. It's Qualcomm's second made-for-Windows chipset, but one that the company says offers significantly better performance and energy efficiency. So much more, in fact, that the "x" in 8cx stands for "extreme." Like the just-announced Snapdragon 855, the Snapdragon 8cx is built on a 7nm process -- a first in the compute space, according the company. This transistor-rich footprint should bring about much better power performance and potentially longer battery life. The 8cx is also designed for fanless laptops so as to keep those devices thin and light enough to carry everywhere all day.

Inside the 8cx is a brand new graphics processor, the Adreno 680 Extreme, which Qualcomm said is twice as fast as the Adreno GPU on the Snapdragon 850, and 3.5 times faster than the first Snapdragon PCs using the 835 chipset. Plus, the Adreno 680 features a doubled memory interface from 64bit to 128bit wide, and is supposed to be 60% more power efficient than the 850's graphics chip. In all, Qualcomm is calling this the "most extreme GPU (it) has ever made."

The company also made a new octa-core Kryo 495 CPU for the chipset, and designed it to run Chrome better than the Snapdragon 850 thanks to the increased cache (now 10MB).

App compatibility looks to be improved this around too, at least partially because developers have put more work into transplanting software onto these always-connected machines. For now, at least, Qualcomm said it's been testing getting Chromium ported over to ARM, and it confirmed that Firefox had built an ARM-friendly version of its namesake browser for these machines. 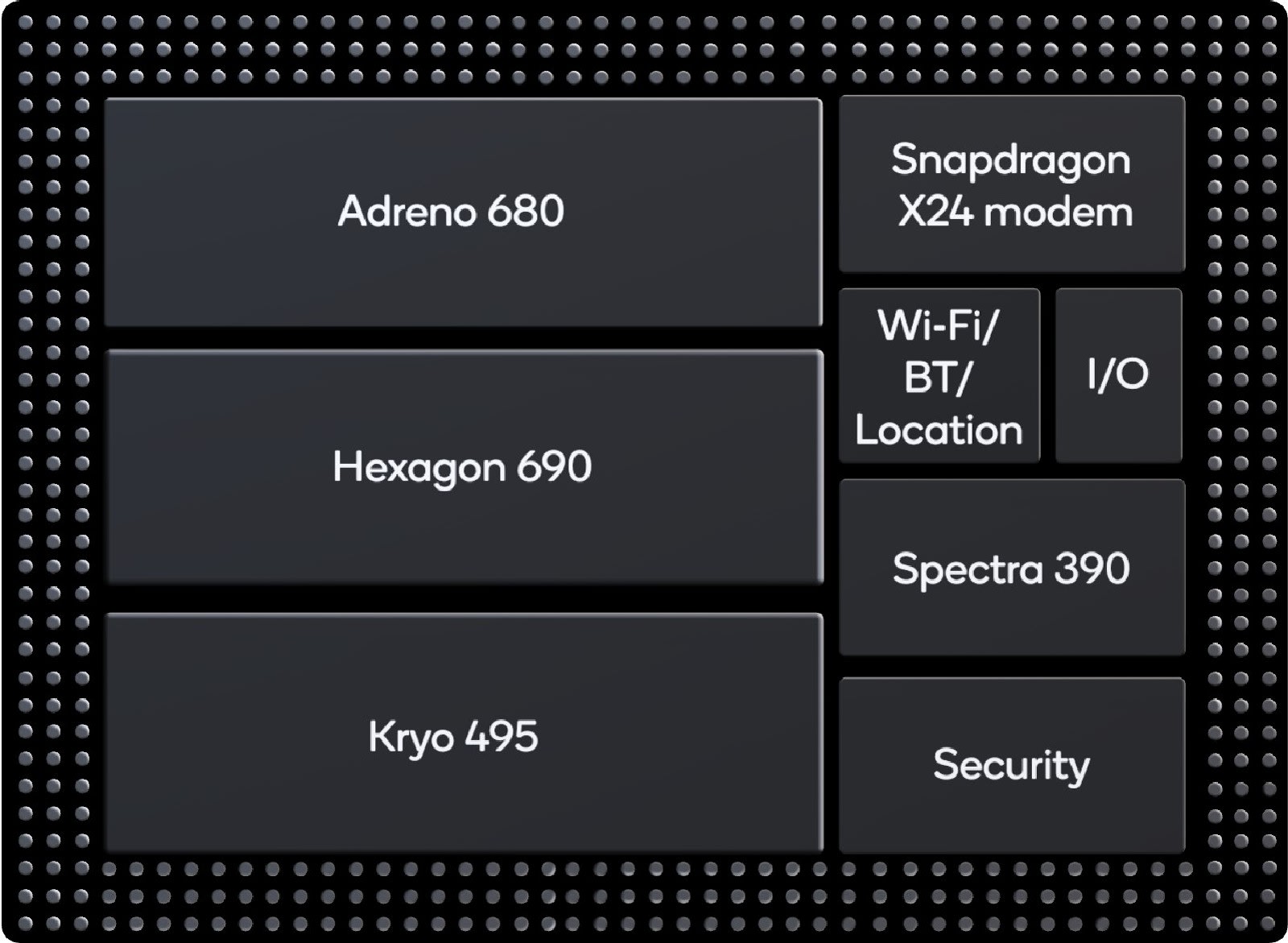 One of the key advantages of a Snapdragon PC over say an Intel connected laptop is Qualcomm's LTE radios. The Snapdragon 8cx comes with an X24 gigabit LTE modem, so it's not exactly a 5G-ready card. But you should be able to get up to 2 Gbps transfers where your carrier has the necessary infrastructure.

The new chipset also represents the first time the Snapdragon platform is ready for Windows 10 enterprise users, which means businesses can buy these PCs for their employees with easy control for IT administrators.

With the Snapdragon 8cx, Qualcomm is also introducing Quick Charge 4+ for PCs, so you can get recharged fast when you run out of juice. The chipset also comes with Qualcomm's Aqstic suite of audio technologies like codecs, smart amplifiers and software to offer high-def Bluetooth wireless audio, as well as support voice assistants. You'll also be able to stream HiFi audio thanks to Qualcomm's aptX technology.

There's also support for second-generation USB 3.1 over Type C and third-generation PCI-E so you can connect a wide variety of peripherals. In fact, you can link up to two 4K HDR monitors to your Snapdragon 8cx-equipped laptop.

In addition to all those improvements, Qualcomm is also promising multi-day battery life with the Snapdragon 8cx. Given the company already promises up to 20 and 25 hours on laptops using the Snapdragon 835 and 850 respectively, the idea of several days of juice doesn't seem too ludicrous. Of course, it'll depend on what other components laptop makers use.

The Snapdragon 850 isn't going away any time soon, though -- think of it as sort of like an Intel U-series chip compared to the beefier Snapdragon 8cx, which is more like Intel's Y series. Presumably, 8cx-powered PCs will cost more than their 850-packing counterparts, too. Qualcomm said there will be more laptops packing the Snapdragon 850 next year, in addition to the first 8cx product which start shipping in the third quarter of 2019.

In this article: alwaysconnectedpc, arm, connectedpc, gadgetry, gadgets, gear, personal computing, personalcomputing, qualcomm, QualcommSnapdragon, snapdragon, snapdragon8cx, windowsonsnapdragon
All products recommended by Engadget are selected by our editorial team, independent of our parent company. Some of our stories include affiliate links. If you buy something through one of these links, we may earn an affiliate commission.