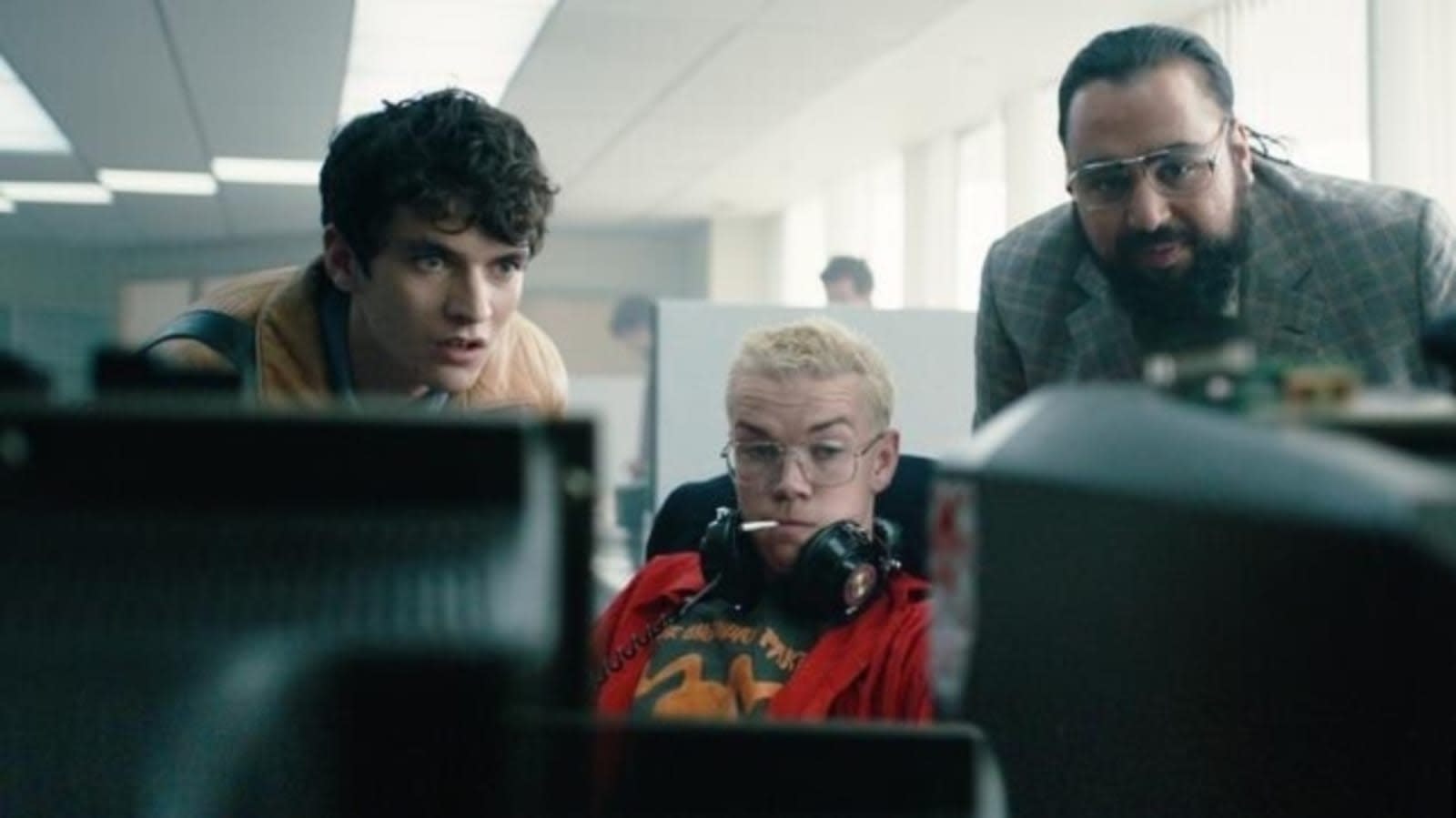 Netflix is time-traveling back to the eighties in the first trailer for its upcoming Black Mirror movie, Bandersnatch. Fans have been piecing together clues from a teaser and now we're getting our first look at the flick. The official synopsis states the film is set in 1984 and follows "a young programmer who begins to question reality as he adapts a sprawling fantasy novel into a video game and soon faces a mind-mangling challenge." Directed by Black Mirror alum David Slade, the creepy film stars Fionn Whitehead (Dunkirk), Will Poulter (The Revanant) and Asim Chaudhry (People Just Do Nothing).

Set to the pulsing beat of Frankie Goes to Hollywood's Relax, the trailer is a real head-trip that should help tide viewers over till Season 5 drops at a later date. The paranoid clip recalls David Cronenberg's cult '80s movie Videodrome. As others have pointed out, Bandersnatch is also the name of a fictional creature in Lewis Carroll's 1872 novel Through The Looking Glass and a ZX Spectrum game. The film is reportedly in the choose-your-own-adventure-style mould of Netflix's animated kids toons and is 90 minutes long.

Source: Netflix (YouTube)
In this article: av, bandersnatch, blackmirror, entertainment, netflix
All products recommended by Engadget are selected by our editorial team, independent of our parent company. Some of our stories include affiliate links. If you buy something through one of these links, we may earn an affiliate commission.