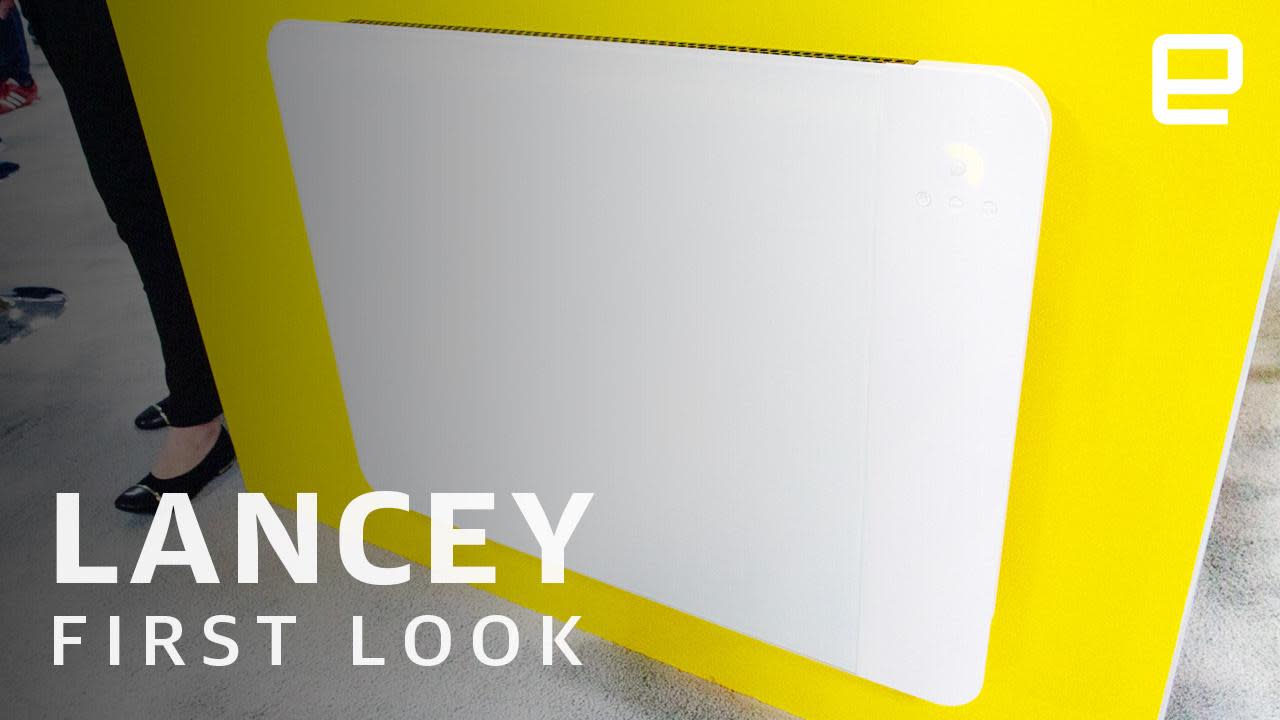 Batteries are the future of home energy consumption. But where do you put them? In the garage, or the side of your house? French startup Lancey has a more discrete solution: inside radiators. The team is already producing electric heaters that have a 600W or 1200W battery inside. If you have solar panels, or another form of energy generation, they can theoretically store the resulting power and conveniently heat your home when it's cold. Alternatively, the battery can serve as a distributed grid system for energy providers, drawing electricity at quieter, cheaper times and warming your house or apartment during the busier, pricier hours.

At CES 2019, the company announced that its second-gen hardware will use recycled e-bike batteries. These cells will be sourced from Fluow, a little-known consortium that includes La Poste, Transdev, Velogik and Cyclez. The group is launching an e-bike rental service, called Veligo, in the Ile-de-France region this September. The consortium will, presumably, monitor its fleet and withdraw batteries once they've reached a certain level of deterioration. They'll then be handed over to Lancey, which doesn't require as much power, or charge, to run its smart radiators.

September is a ways off, so it could be a while before Lancey receives any second-hand batteries. Still, it's an intriguing partnership with obvious benefits for the environment. At CES, I glanced at the first-generation radiator that went into production last year. It's an elegant design packed with sensors and a companion app so you can remotely monitor the system. I couldn't actually test the radiator (the show floor is ridiculously warm anyway) but I'm intrigued by the concept -- anything that reduces fuel bills and makes people more energy independent is okay in my book.

In this article: Battery, ces2019, environment, France, gear, home, Homebattery, Lancey, Radiator, tomorrow
All products recommended by Engadget are selected by our editorial team, independent of our parent company. Some of our stories include affiliate links. If you buy something through one of these links, we may earn an affiliate commission.