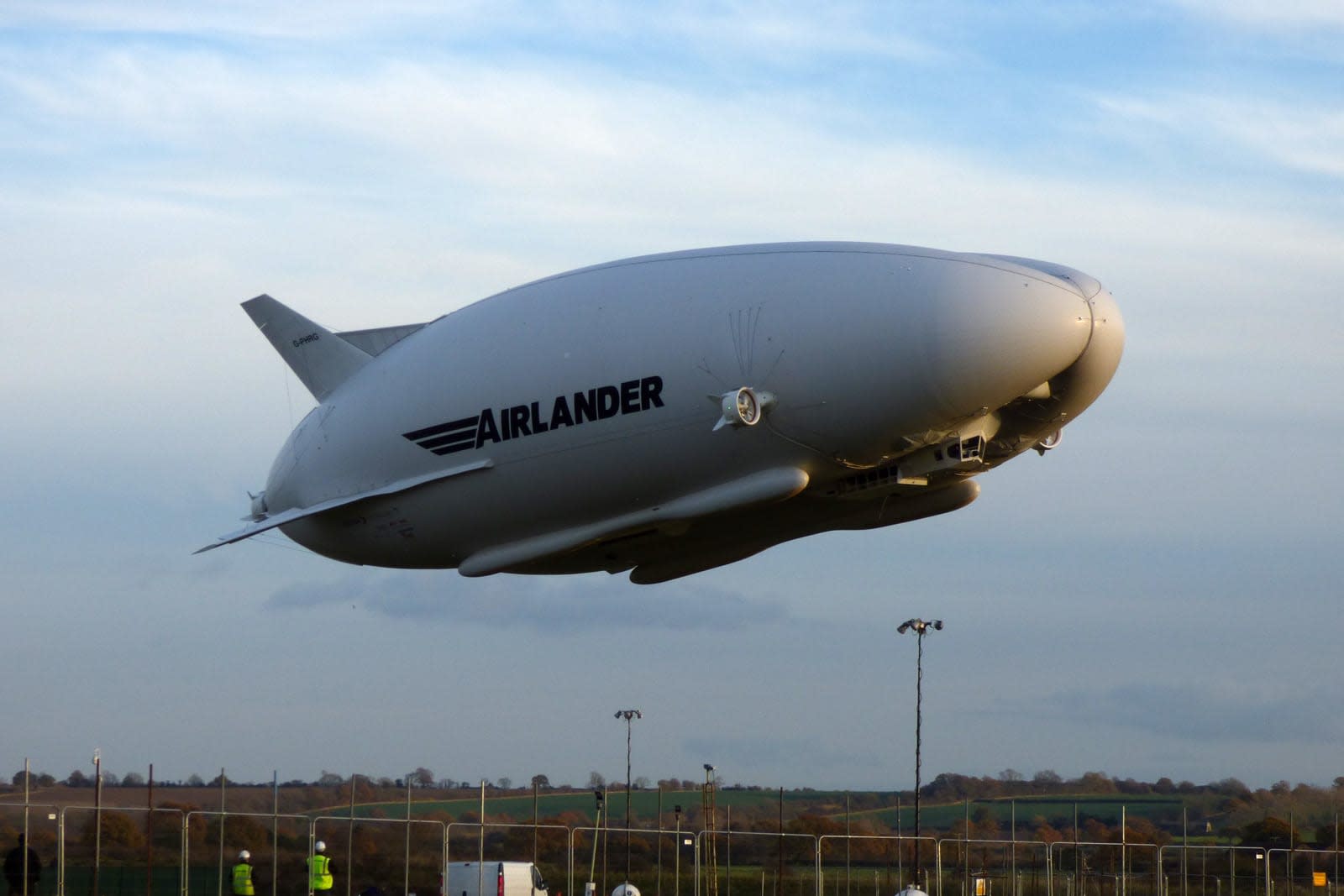 The world's longest aircraft has been sidelined... although that's not necessarily a bad thing. Hybrid Air Vehicles has decided against rebuilding its record-setting Airlander 10 prototype. The company will instead use its resources to create the "first batch" of production-grade Airlander 10s, CEO Stephen McGlennan said. The experimental vehicle provided the data necessary for future development, the executive added, leaving no reason to put it back in the skies.

HAV is in the midst of finding key suppliers, finalizing certifications and preparing to design the elements that "make the difference between a prototype and a product," according to McGlennan.

The announcement marks the end to a short and sometimes rough testing history for the 302-foot mix of airplane and airship. It flew just six times and was damaged during landing on its second flight. On another flight, the aircraft hurt a woman after it broke loose and automatically deflated its hull. However, the core functionality of Airlander 10 appeared to work as planned. As such, the work on a production model is more likely to focus on refinements and real-world use cases (such as cargo and passenger travel) than major overhauls.

In this article: aircraft, airlander10, airship, gear, hybridairvehicles, transportation, uk
All products recommended by Engadget are selected by our editorial team, independent of our parent company. Some of our stories include affiliate links. If you buy something through one of these links, we may earn an affiliate commission.