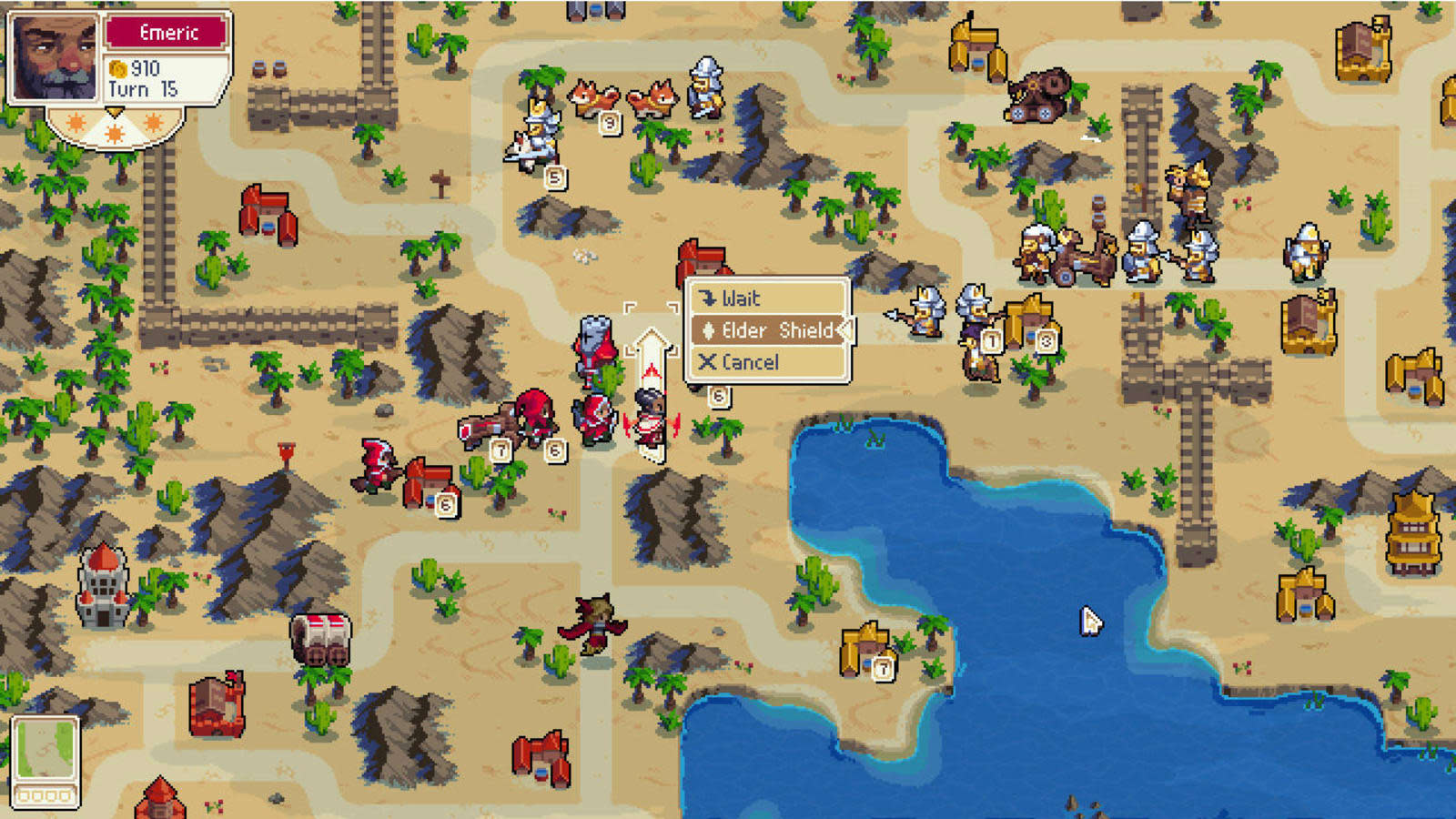 Wargroove, a turn-based strategy game from the publisher of Stardew Valley, is coming to the Nintendo Switch on February 1st. That's also when it will land on Steam and Xbox One for $19.99. Strangely, developer Chucklefish is saving the PS4 release date for a future announcement.

You can check out the title's new Anime-style cinematic trailer below, which offers a good look at its cast of Commanders: the avatars players can take control of in the game (including a super-cute canine). Like Chucklefish's hit farming sim, Wargroove offers a top-down viewpoint with each player leading an army across campaign, online and local multiplayer modes (complete with competitive and co-op play).

Go it alone and you'll learn more about the game's lore, built around its four warring factions. While creative players will also get the chance to design their own maps and campaign missions, complete with sub-quests and hidden loot. Another gameplay element exported straight from Stardew Valley is the use of weather, in this case to influence battles.

Wargroove is available to pre-order (and pre-download) now on the Switch. Though it's far from an exclusive, it adds another notable game to the console's ever-expanding indie roster. And this time it's not just another port.

In this article: av, chucklefish, gaming, nintendo, PcGaming, steam, videogames, wargroove, XboxOne
All products recommended by Engadget are selected by our editorial team, independent of our parent company. Some of our stories include affiliate links. If you buy something through one of these links, we may earn an affiliate commission.