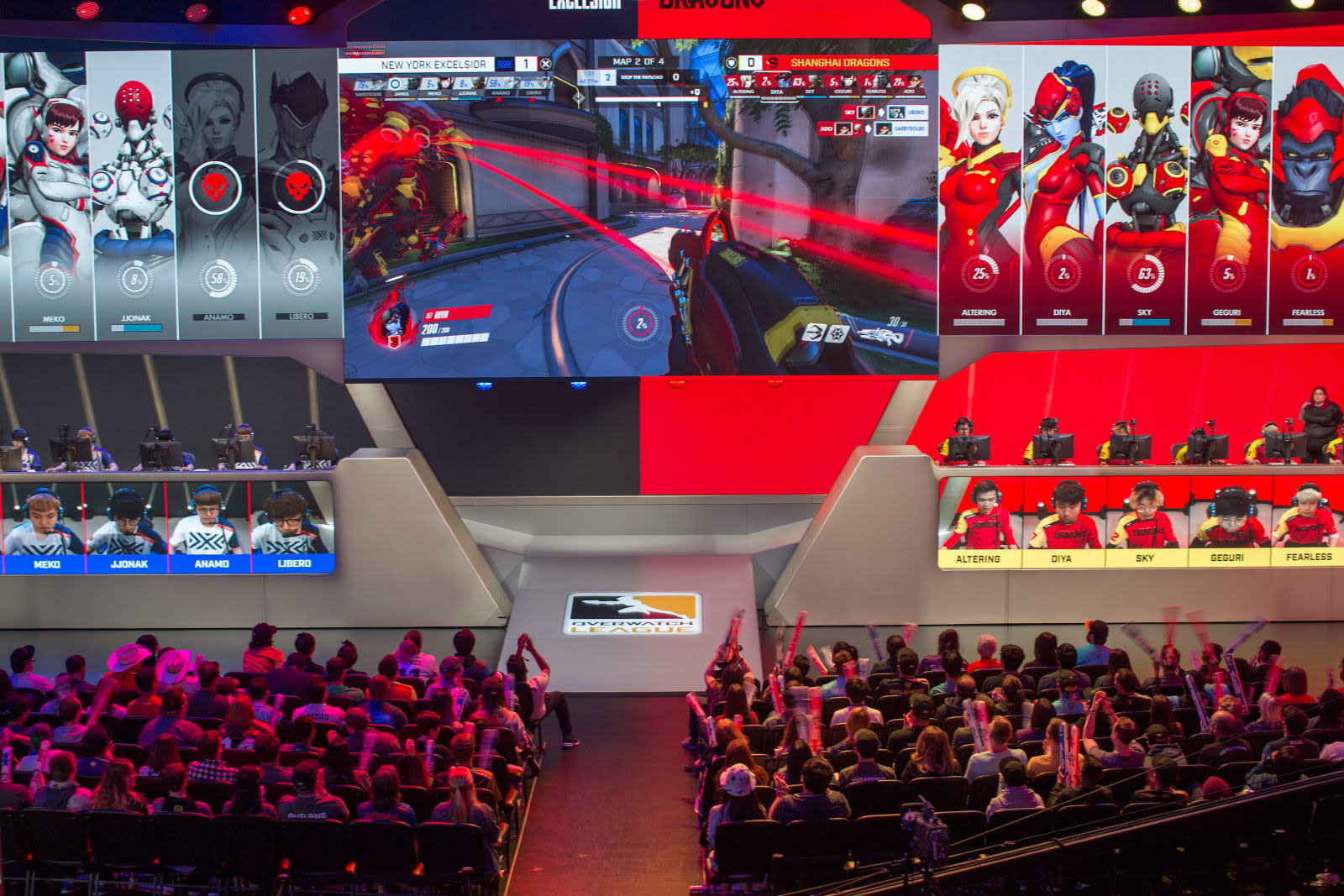 The second season of Blizzard's Overwatch League (OWL) kicks off in a couple of weeks, and this time around, fans have far more flexibility in how they can watch matches on Twitch. Following the success of a tool that let viewers check out the Overwatch World Cup finals from any angle, you'll be able to view OWL matches from more perspectives than in the past.

You'll need to fork over $15 for the All-Access Pass to use the new command center, which offers in-depth control over your viewing experience. Along with the broadcast feed that airs on the regular Twitch stream and TV networks, you can switch between individual pros' perspectives at will (kinda like watching their own Twitch streams, but in pro play). There's also a multi-feed option where you can watch two streams at once alongside an overhead map. Blizzard and Twitch are offering a free 48-hour trial of the command center.

Fans have long sought such viewing options. OWL matches can be difficult to follow given the frequently chaotic volume of colorful on-screen activity, and cutting between various players' perspectives doesn't always help. What's more, since viewers can watch entire matches from their favorite pros' and characters' viewpoints, perhaps they'll pick up a few pointers to incorporate into their own games.

Along with the command center, the All-Access Pass includes tokens to buy OWL team skins, a merch discount, emotes, chat badges and ad-free viewing. Those benefits will be available until October 31st. OWL's 2019 season gets underway February 14th, when eight new teams join those trying to wrestle the crown from defending champions London Spitfire.

In this article: allaccesspass, av, blizzard, esports, games, gaming, overwatch, overwatchleague, streaming, twitch
All products recommended by Engadget are selected by our editorial team, independent of our parent company. Some of our stories include affiliate links. If you buy something through one of these links, we may earn an affiliate commission.