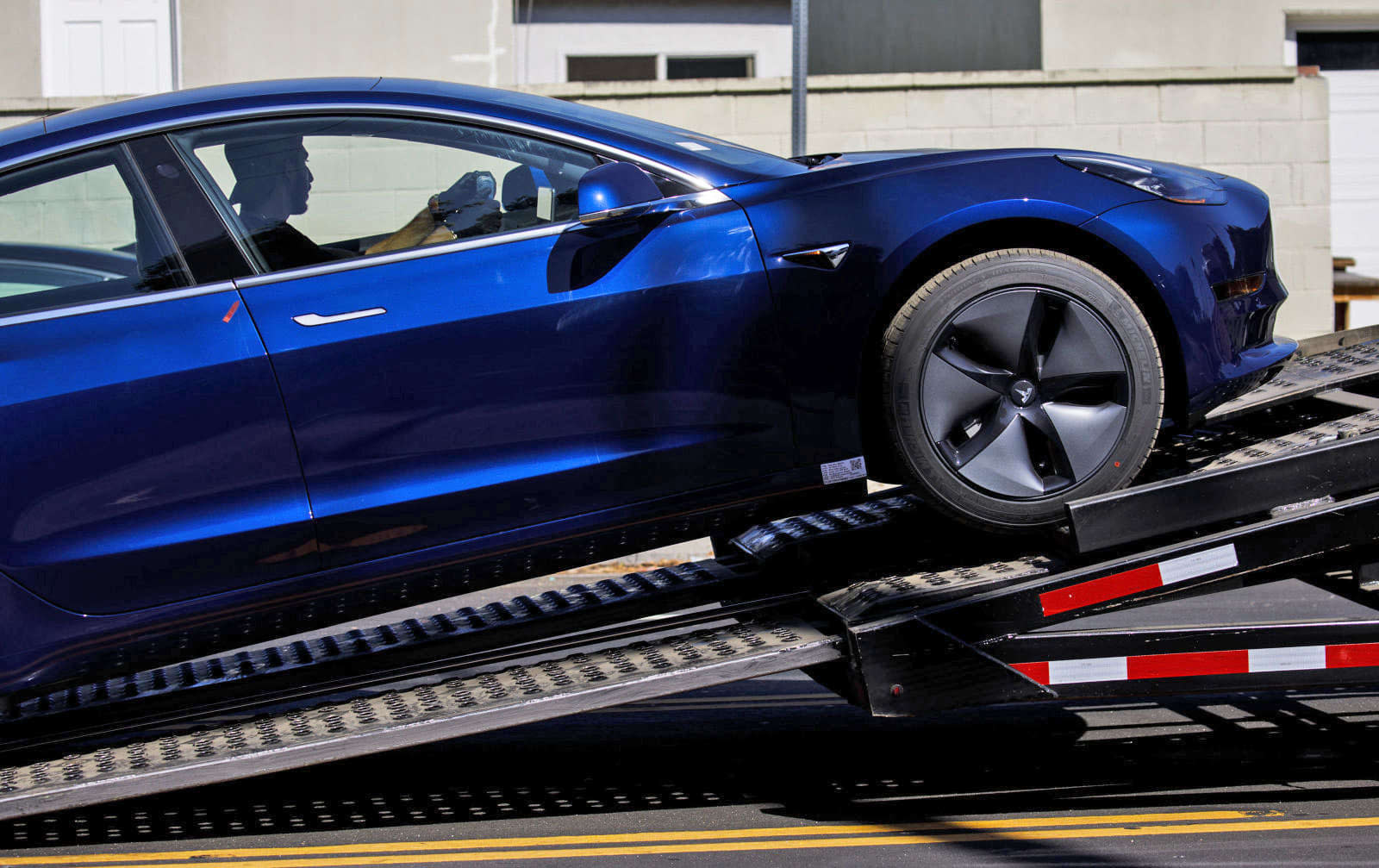 When Tesla laid off 7 percent of its full-time staff in January, it might have dealt a serious blow to one division in particular. Reuters sources claim Tesla dismissed 150 of the 230 Las Vegas workers involved in delivering Model 3 units to North America buyers. Reportedly, the cuts are a response to tapering demand -- there are "not enough deliveries" to justify having that many people on hand, one tipster said. There are other delivery people in other locations, but this would still represent a significant cut.

The cuts were supposedly prompted by Tesla's quest to sell as many Model 3s as possible during 2018, which included immediate deliveries and warnings about expiring tax credits. The EV maker was "plucked clean" of North American reservation holders willing to pay existing prices for the Model 3, which still costs over $42,000 before incentives -- well above the originally promised $35,000 base price. Tesla has argued that it needs to improve economies of scale to hit that price point and hopes to reach the target in mid-2019, but that could still leave numerous people without a car for months.

Tesla has declined to comment. It might not have too much reason to panic if the rumor proves true, though. The company has managed two profitable quarters in a row on the back of both Model 3 sales and earlier layoffs, and its goal remains to turn a profit every quarter in 2019. It's unclear how many of its current sales revolve around reservations or the Las Vegas facility, for that matter. The job cuts may be a sign of trouble, but it's unclear if that trouble would be serious or just a brief blip.

In this article: delivery, electriccar, electricvehicle, ev, gear, green, model3, tesla, transportation
All products recommended by Engadget are selected by our editorial team, independent of our parent company. Some of our stories include affiliate links. If you buy something through one of these links, we may earn an affiliate commission.