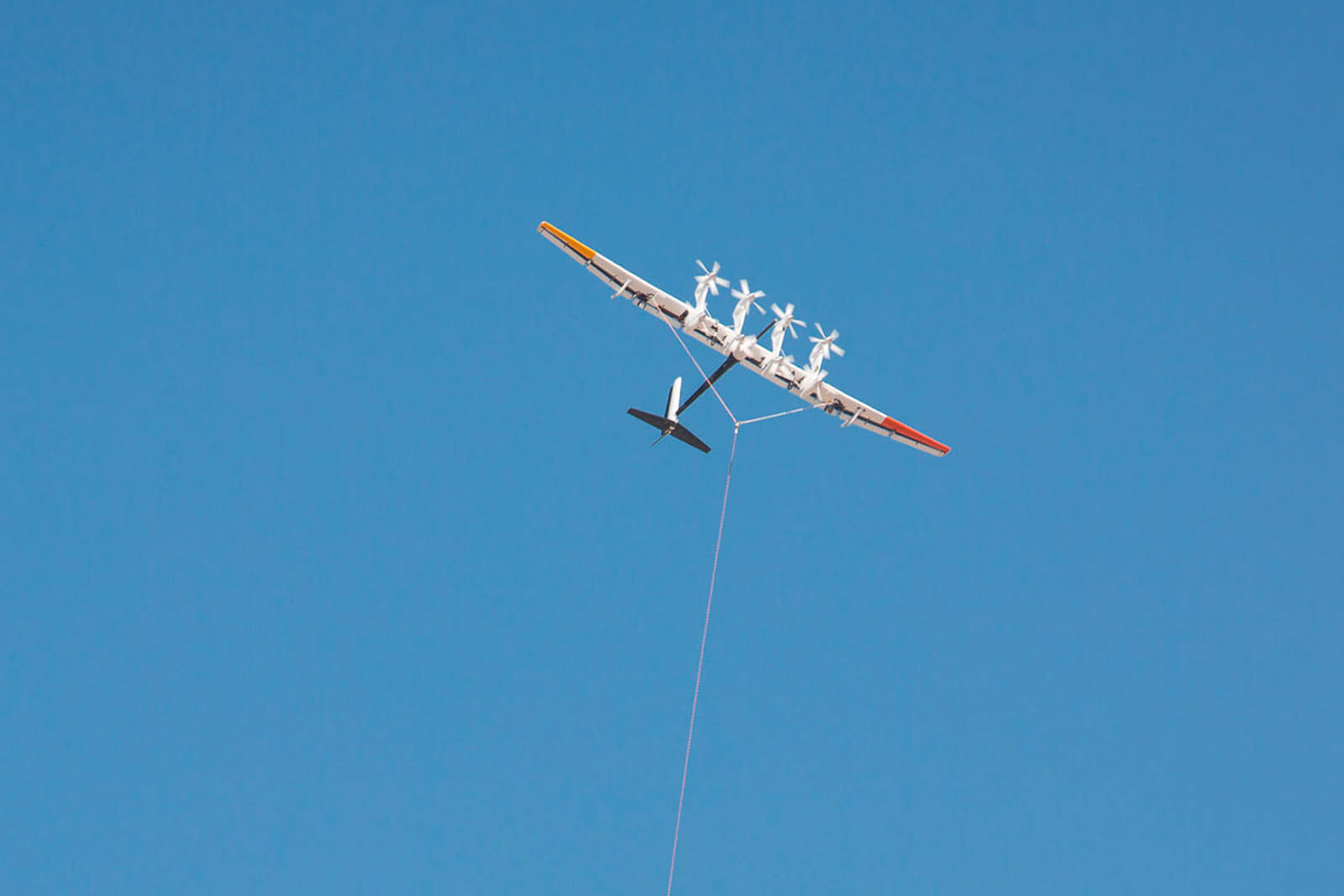 Alphabet is turning yet another one of its X projects into a business, but this time it's enlisting the help of an unusual ally. Makani Power, a venture making electricity-generating kites (see above), has become a full-fledged subsidiary of Alphabet thanks in part to a minority investment from Shell -- yes, the fossil fuel giant. The two hope to shift the technology from the land to offshore, where winds are stronger. They're betting that the kites will be easier to deploy than conventional wind farms, since they could deploy with floating buoys instead of requiring platforms that reach down to the ocean bed.

The Shell support isn't coming entirely out of the blue. Like other petroleum industry companies, it's diversifying into renewable energy knowing that fossil fuels' days are numbered. And it's no stranger to kites in particular -- the firm helped back the British startup Kite Power Systems, albeit with a relatively small investment. Shell didn't say how much money it was pouring into Makani, but Alphabet stressed that this was for the sake of a partnership, not because the new company needed funds.

This is also a big move for Alphabet. To date, it has spun out energy projects like Malta (hot salt energy storage) and Dandelion (geothermal energy) as wholly separate companies, rather than subsidiaries. It clearly sees enough value in Makani to keep it close to the vest. While it hasn't been more specific beyond its offshore goals, it's no stranger to investing in wind farms and has made a point of powering more and more of its business with renewable energy. Offshore kite power could help it reduce the pressure to use fossil fuel power, especially in situations where solar just isn't an option.

In this article: alphabet, gear, google, green, makani, makanipower, offshore, OffshoreWindFarm, shell, tomorrow, wind, windenergy, windpower, xlabs
All products recommended by Engadget are selected by our editorial team, independent of our parent company. Some of our stories include affiliate links. If you buy something through one of these links, we may earn an affiliate commission.