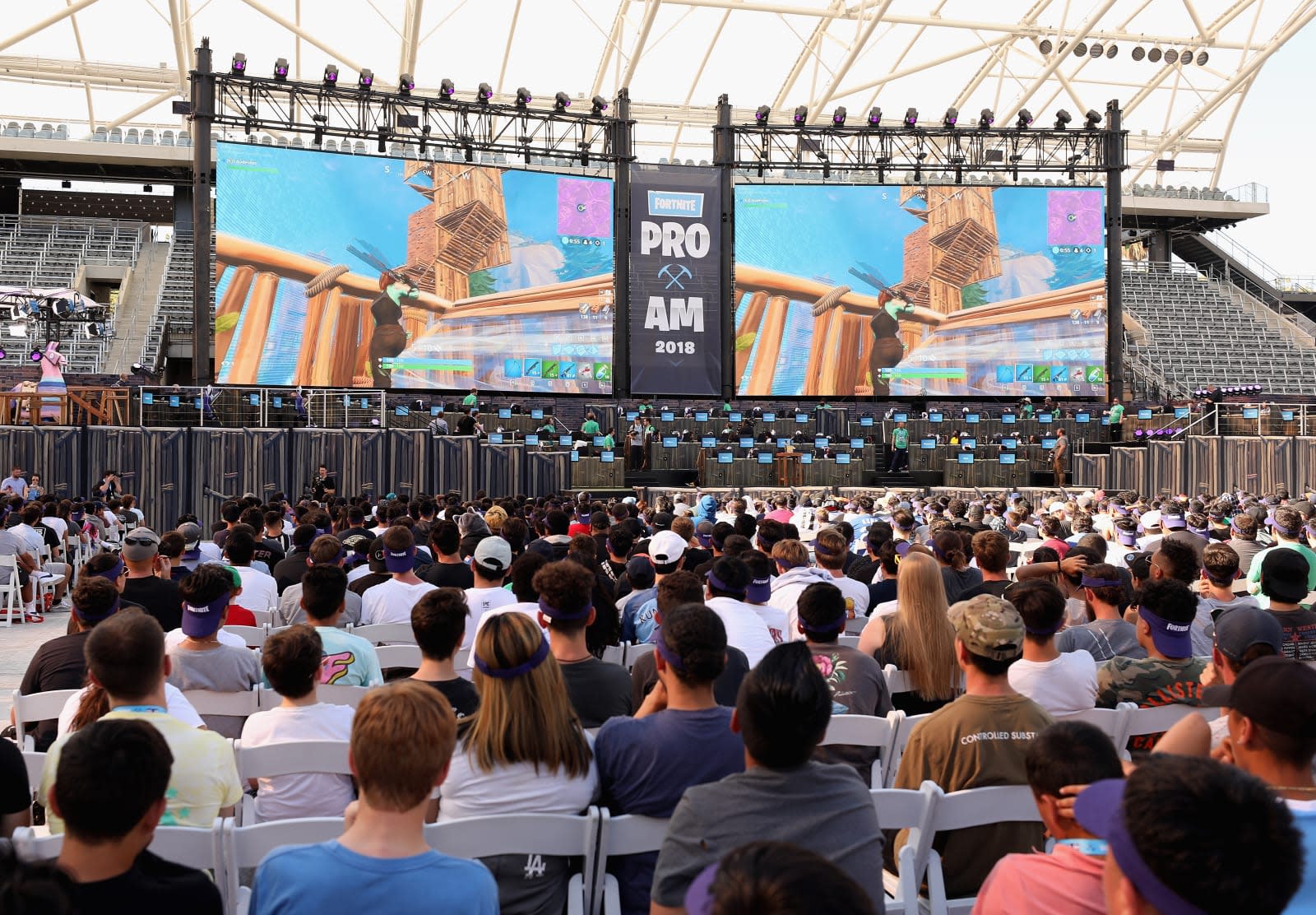 Epic entered the world of eSports with a bang last year when it unveiled its $100 million Fortnite tournaments. It made waves again last month by staging its latest showdown at the Australian Open. Not everything went according to plan, however, with complaints by pros that Fortnite's abrupt updates were affecting their strategies. But after some fine-tuning to the game proper, Epic is now preparing for the final chapter in its debut season: the Fortnite World Cup.

The developer has announced that the proceedings will kick off with the "Online Open" qualifiers from April 13 to June 16. Each week, players will compete for $1 million in prize pools that will be distributed broadly. The top 100 Solo players and the top 50 Duos teams from around the world will then head to New York City for the Fortnite World Cup Finals, where $30 million in winnings will be up for grabs. Finalists will each nab at least $50,000 for competing, while the champ will walk away with $3 million.

As for the rest of the cash, it will be distributed among more $1 million weekly tournaments that will continue through the end of the year. Meanwhile, Epic says it will still have money leftover to support global Fortnite events from its partners in more countries and regions.

With Apex Legends breathing down its neck, it's also confirmed a couple of the battle royale's recent milestones. It turns out that in-game Marshmello concert did result in Fortnite's best event day ever, with 10.7 million players showing up for the glitter-bomb rave. And last Saturday, the game saw its best non-event day ever with 7.6 million players taking part concurrently.

In this article: av, battle royale, competitive gaming, epic games, esports, fortnite, fortnite battle royale, fortnite world cup, gaming
All products recommended by Engadget are selected by our editorial team, independent of our parent company. Some of our stories include affiliate links. If you buy something through one of these links, we may earn an affiliate commission.