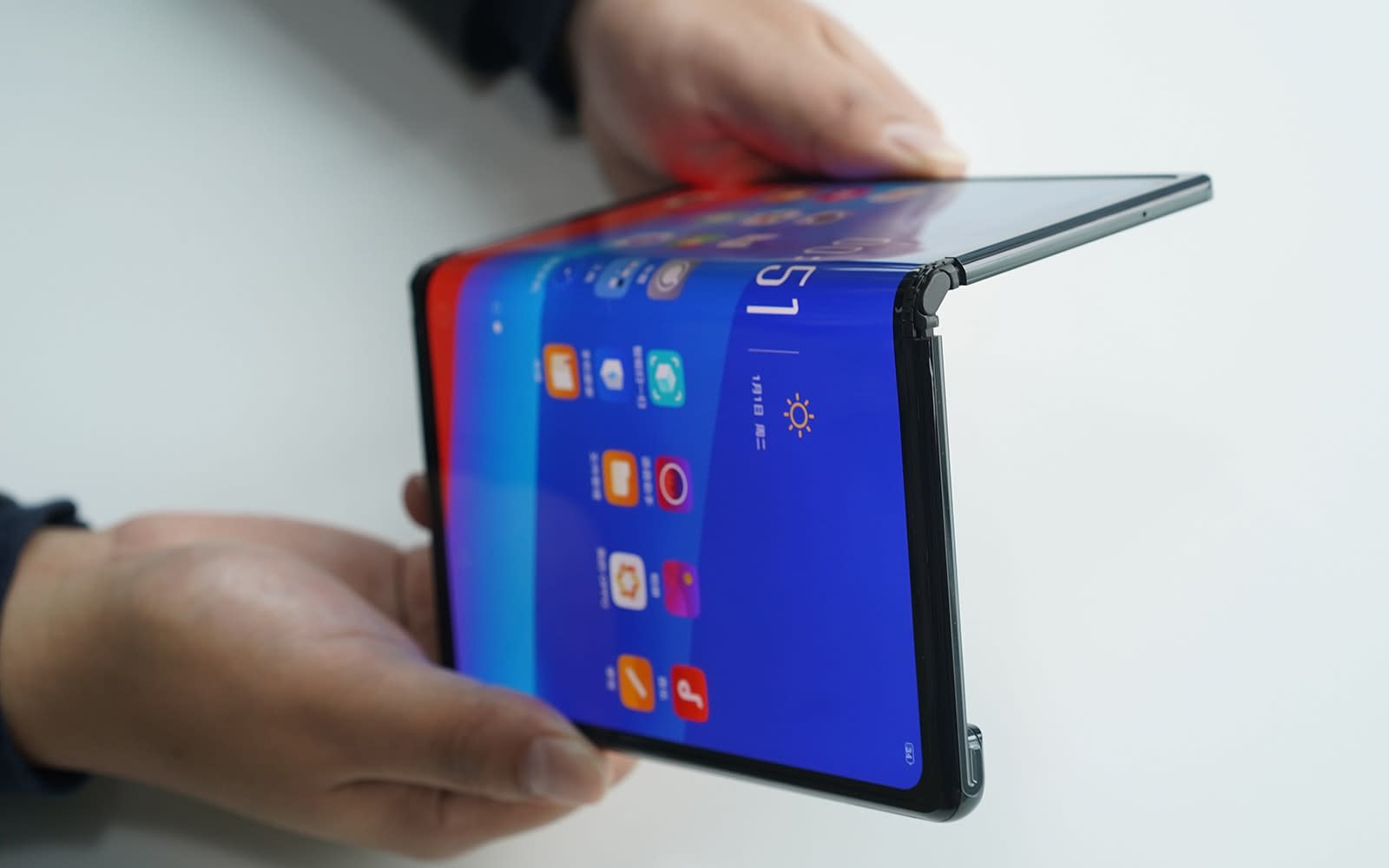 Nope, we're not quite done with foldable phones from MWC just yet. Following its 10x camera zoom technology unveil over the weekend, today Oppo surprised us with its very own foldable phone, but in a not-so-official way. The company's vice president, Brian Shen, took to Weibo to show off said device which, much like the ones from Royole and Huawei, folds outwards. What's awkward is that Oppo's prototype bears a striking resemblance to Huawei's Mate X, especially with this hinge design and also that camera strip on the back when folded. Of course, Shen insists in the comments section that his device was developed in-house, as opposed to basing it on a reference design from an OEM. He added that the original plan was to also unveil this device at Oppo's MWC keynote two days ago, but this was eventually cancelled, citing that "it wouldn't have been meaningful" to show it off there. According to the exec, he doesn't think such form factor adds much value to the user experience, other than the fact that it lets you enlarge the display and occasionally fold the device. Still, Shen teased that depending on how many "retweets" his post gets, his team may consider mass producing this phone. Such cheekiness.

Even though Oppo is one of the leading smartphone makers in the global market, it may make sense to hold back from competing directly against the insanely pricey foldable phones from Samsung and Huawei -- we're talking about $1,980 and around $2,600 respectively here, which says something about their production yield and costs. Meanwhile, Xiaomi's foldable phone was nowhere to be found at MWC, and it's unclear where Royole's at in terms of volumes for its FlexPai. We shall see how the giants fare later this year.

In this article: foldable, foldablephone, gear, mobile, mwc2019, oppo, prototype
All products recommended by Engadget are selected by our editorial team, independent of our parent company. Some of our stories include affiliate links. If you buy something through one of these links, we may earn an affiliate commission.