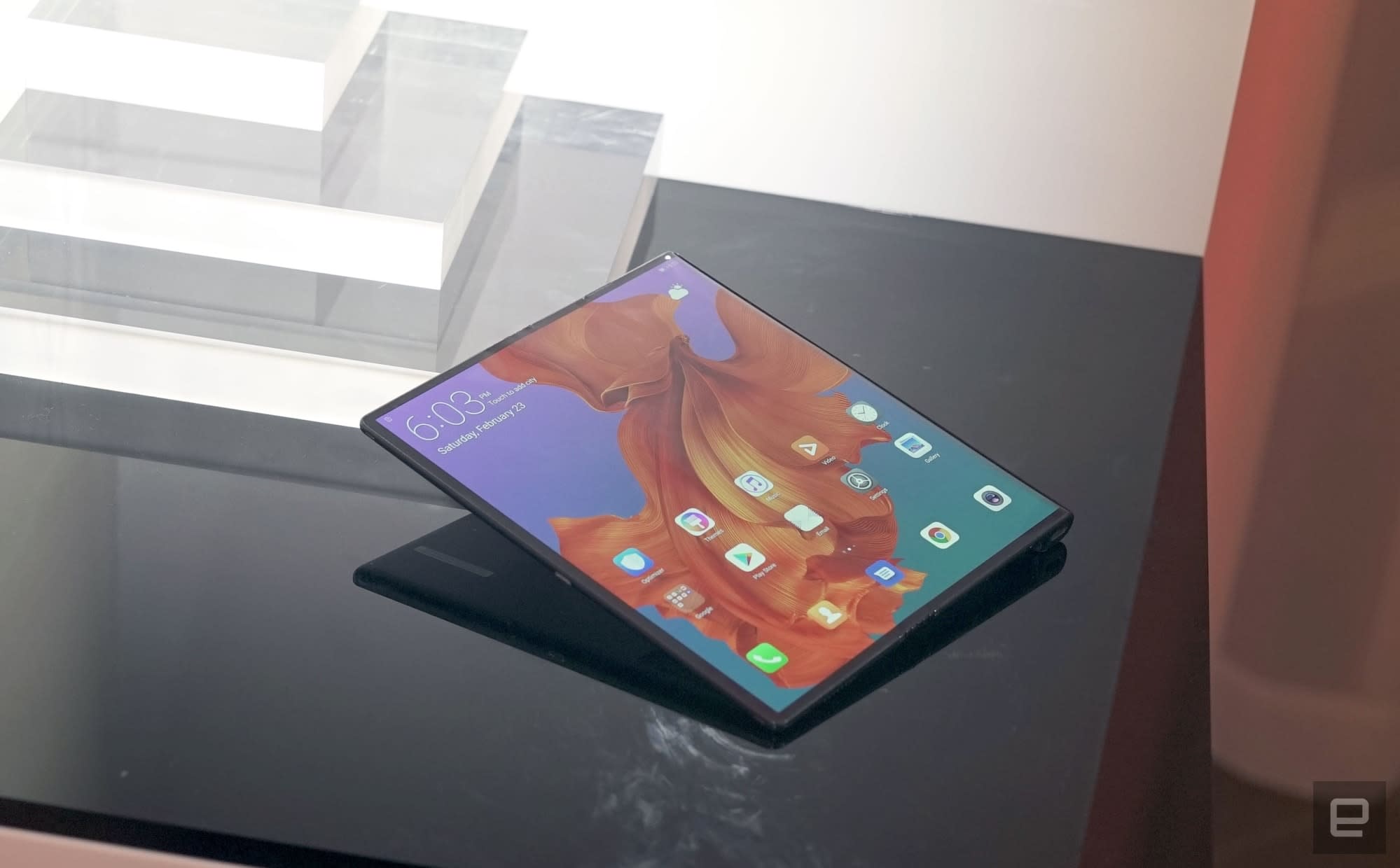 Who's going to buy the Galaxy Fold? It's too expensive, the hinge is questionable, the front looks ugly. How about the Huawei Mate X, its own foldable entrant? Yep, it's even pricier (€2,299 equates to roughly $2,600), unproven as a valid smartphone form-factor and we have serious questions about foldable phone software. But the kicker is it's not going to the US any time soon -- if ever. And Huawei knows it. It's a better implementation of the foldable phone concept. I like the dreamy outside screen of the Mate X, and the grippable edge makes sense and brings forth memories of the Kindle Voyage -- the premium e-reader model.

It also looks like a Filofax. As a nine-year-old aspiring banker/lawyer/Gordon Gecko type, I loved the idea of a leather/leatherette cocooned notebook. This has that aesthetic. The MateBook X looks (and sounds) professional, modern.

Instead of folding the screen inside the device, a la Galaxy Fold, Huawei has put this screen around the outside. That sidesteps the tricky issue of foldable screens that can't fold perfectly flat. Huawei also made the most of that grippable part, using it to house cameras, logos and other phone livery. Translation: No notches, no hole-punch displays.

The Mate X not only has a square-ish tablet surface, but "recycles" half of the screen to make a more functional, "typical" smartphone display when closed. It makes the Samsung Galaxy Fold's tiny screen look (even more) embarrassing. On paper, the Mate X is more useful as a phone when you don't want to unfurl it.

Among the hushed crowds at Huawei's prebrief, I was surprised at how polished the device looked. That said, like Samsung, this was a very controlled unveiling. No touching, but a Huawei employee was on hand to contort the phone through a series of positions and poses.

Huawei's folding screen didn't look substantially better (or worse) than Samsung's. The visible seam on the Galaxy Fold raised a few eyebrows and questions -- how will it look after a few hundred folds? The Mate X looks better, at least under flattering light. (Check our photos here.) But throw some aggressive spotlights on, and the tablet screen that once looked perfectly flat has a similar line through the middle.

So it's as interesting, if not more attractive, than Samsung's folding phone -- at least ahead of getting our hands on either device. But how will Huawei tackle the rough reception it's getting in the US and elsewhere? The Chinese company faces wire fraud and trade-secret theft accusations and while a lot of the heat between Huawei and the US focuses on 5G networks, getting its phones into customers' hands is a casualty of all this. The Mate X is, in a way, a charm offensive aimed at customers -- die-hard technology fans. What better way to poke its customers (and carrier partners) than with a tantalizing next-gen phone that early adopters want to get, now.

In this article: editorial, entertainment, gaming, gear, huawei, huawei mate x, mobile, mwc 2019, mwc2019
All products recommended by Engadget are selected by our editorial team, independent of our parent company. Some of our stories include affiliate links. If you buy something through one of these links, we may earn an affiliate commission.