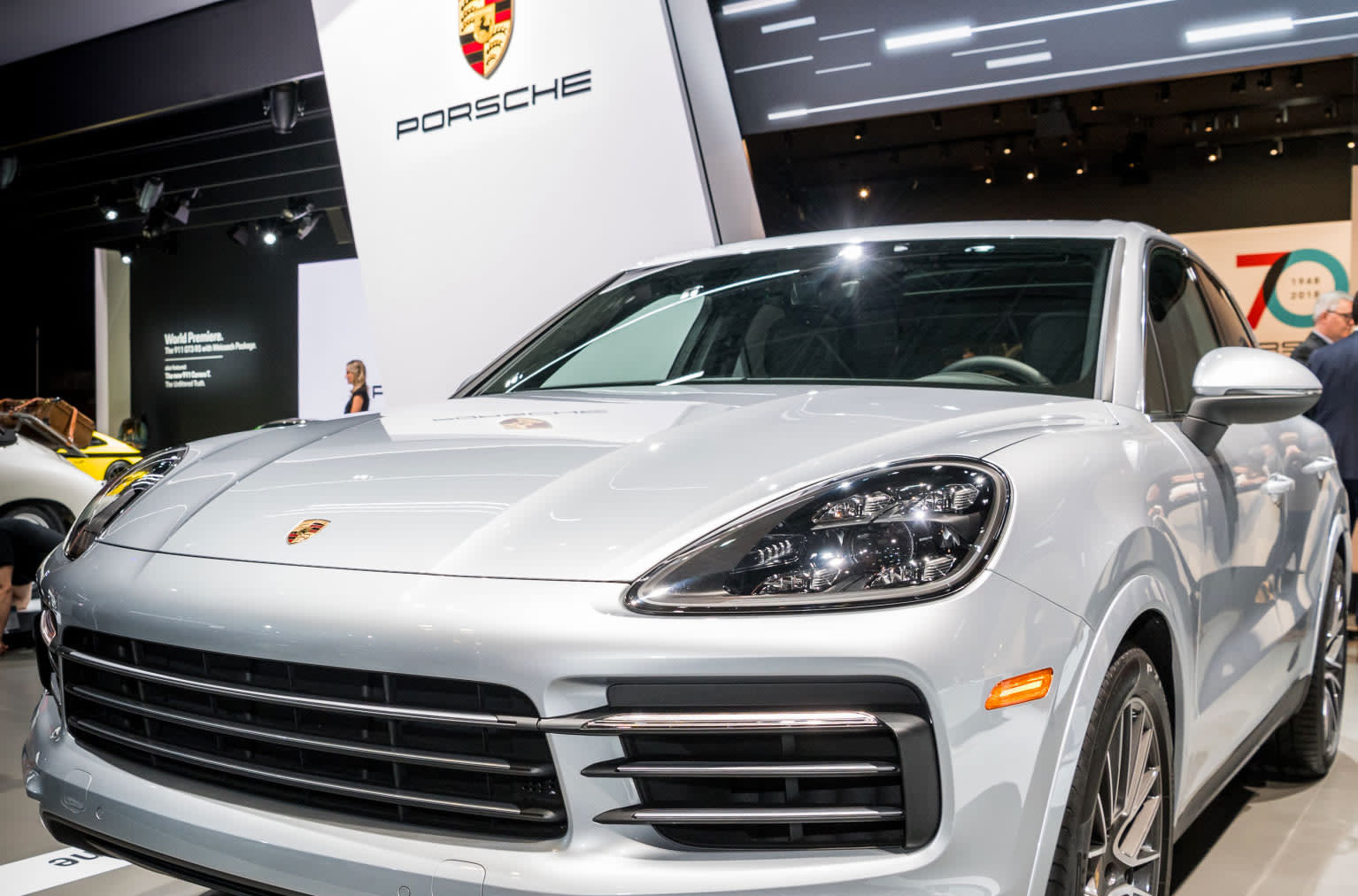 Porsche has announced that it will electrify the next-generation Macan, which will become its first all-electric compact SUV. The EV version of the Macan, which is Porsche's best-selling vehicle with over 90,000 sold in 2018, will go into production "early in the next decade," the company said. It will become the third EV in its lineup, after the Taycan sedan (aka the Mission E concept) and the Cross Turismo, which will go into production in 2019 and 2020, respectively.

The EV will be built at its factory in Leipzig, which is being transformed into an all-electric manufacturing plant. Porsche didn't say anything about battery life or power, but did say that the Macan will share the same 800-volt system used for the Taycan and Cross Turismo. That will enable drivers to charge up 250 miles of range in just 15 minutes, making the vehicles practical for long range trips. To get that speed, you'll need to use Porsche's own charging stations, however.

One big reason for the Macan's popularity is that it's relatively cheap for a Porsche, starting at around $47,800. The EV version is likely to be more expensive, but probably shy of the Taycan's base $92,000 price tag. It's also possible that the electrified version will have better performance than the base Macan, which has a turbocharged 2.0 liter 252-horsepower four-cylinder engine.

Much like other brands in the Volkswagen group, Porsche plans to electrify a big chunk of its lineup and will invest around 6 billion euros by 2022. The company said half of its output could be EVs by 2025. "We will focus on a drive mix consisting of even further optimized petrol engines, plug-in hybrid models and purely electrically operated sports car," said Porsche chairman Oliver Blume. Rumors of an electric Macan have been swirling for awhile.

Update 2/26/2109 3:30 PM ET: The article originally said that the base Taycan had a 4 cylinder turbo motor, but it's the base Macan with that engine. It also said that the Taycan EV would cost $130,000 but it will actually start at $92,000. The article has been updated with the correct info (Thanks Zach).

In this article: All-electric, EV, gear, Macan, Porsche, transportation
All products recommended by Engadget are selected by our editorial team, independent of our parent company. Some of our stories include affiliate links. If you buy something through one of these links, we may earn an affiliate commission.