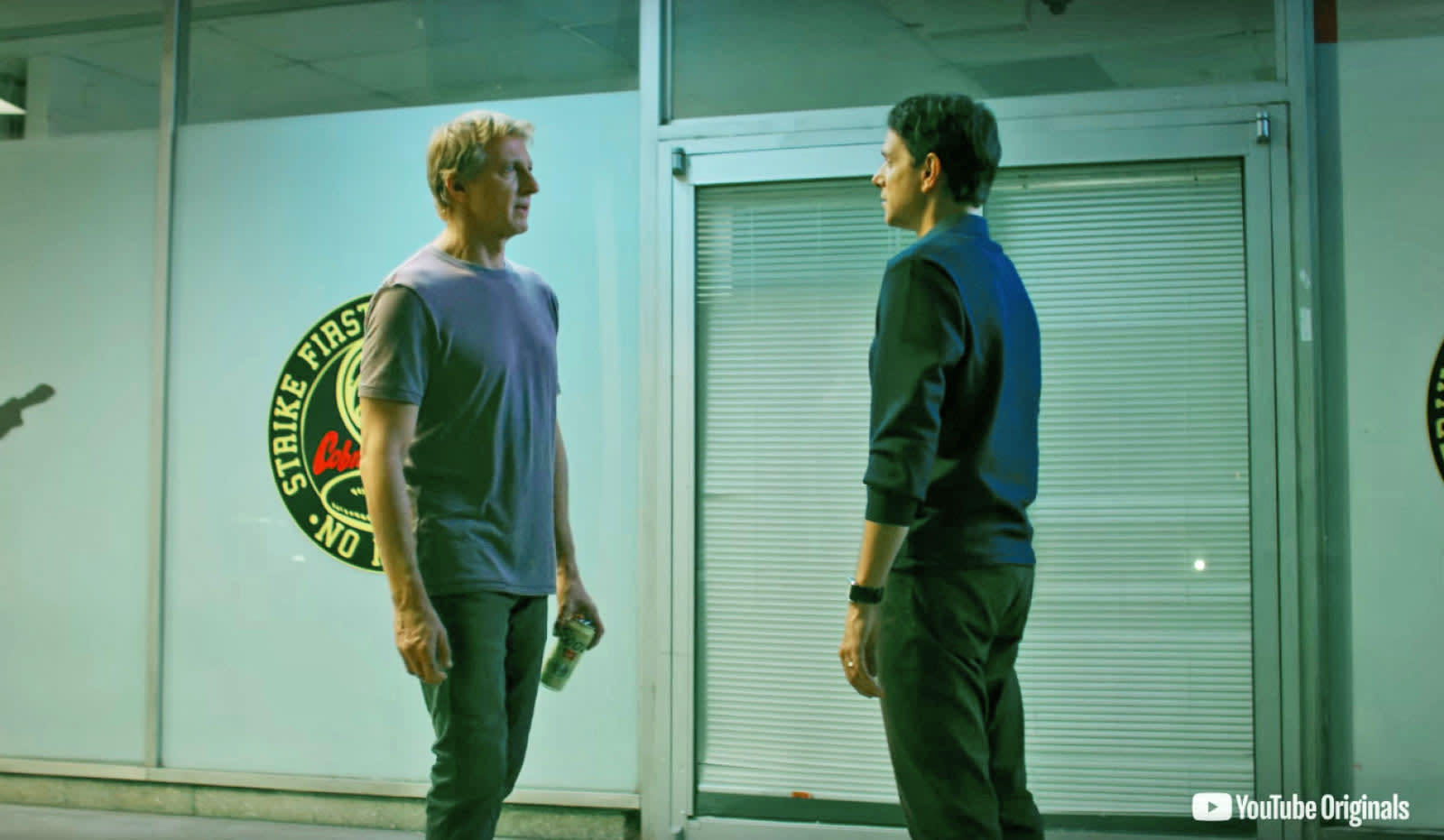 The Karate Kid fans will get another dose of the LaRusso vs Lawrence rivalry when Cobra Kai returns to YouTube Premium on April 24th. The first trailer for the show's second season just dropped and it's full of throwbacks to the original film -- not the three sequels because they ignored Willam Zabka's marauding brute Johnny Lawrence. Here, however, he gets equal billing with Ralph Macchio's idealistic karate champion Daniel LaRusso.

Aside from the entire clip resembling an action montage, there's also nods to beach training sessions, wholesale lines of dialogue exported from the first flick, and a cameo from the original Cobra Kai sensei Martin Kove. All the while, a slowed-down Cruel Summer cover version that sounds like it was plucked from a Spotify playlist plays wistfully in the background.

As for the plot, former pupils Lawrence and LaRusso are now mentoring karate kids at their respective dojos in preparation for another showdown. The original movie was essentially a young adult Rocky so it's no wonder YouTube chose to retool it for its own youthful crowd. The first episode, which is available for free, has more than 55 million views. And the fact that YouTube chose to make a second season, while scaling back its Originals output, suggests the show may have found an audience online.

In this article: av, cobra kai, entertainment, youtube, Youtube original, youtube premium
All products recommended by Engadget are selected by our editorial team, independent of our parent company. Some of our stories include affiliate links. If you buy something through one of these links, we may earn an affiliate commission.