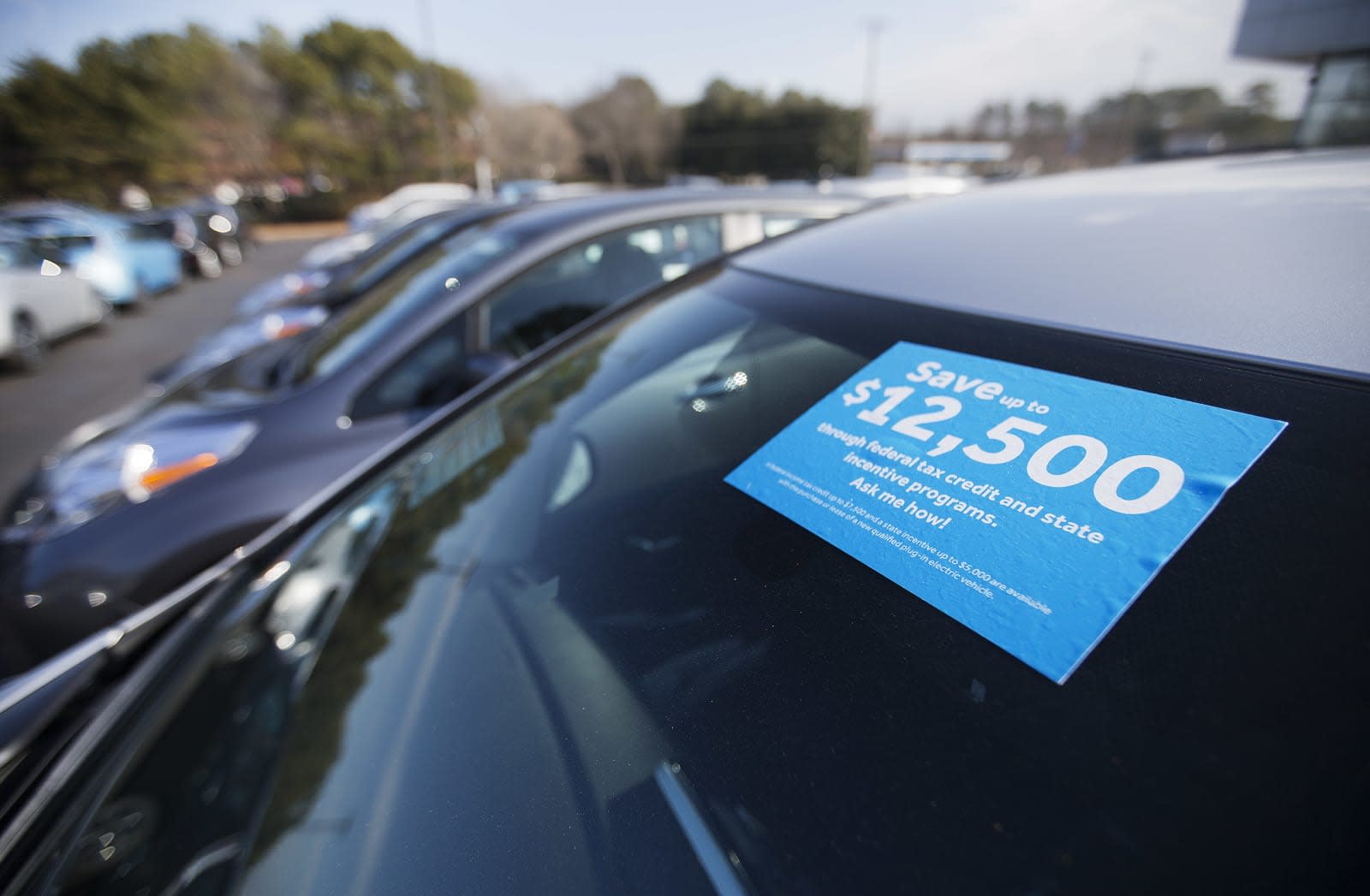 The Trump administration announced its budget proposal for 2020 and tax credits for electric vehicles is on the chopping block, according to Reuters. The White House is proposing eliminating the subsidy, which provides up to $7,500 on the purchase of a new EV, claiming that it will save the government about $2.5 billion over the next decade.

Before you rush out to buy a plug-in car to score the incentive before it disappears, know that it's unlikely the proposed budget will pass through Congress. With the House of Representatives currently ruled by a Democratic majority, any Trump proposal is likely to face stiff opposition. Automakers have been lobbying Congress to extend the credit, which currently ends after a company hits 200,000 vehicles sold. Democrats are expected to make an effort to keep the credit alive, though they'll face challenges in doing so. Senator John Barrasso (R-WY), the chair of the Senate Environment and Public Works Committee, has proposed legislation to end the tax credit.

While the tax credit is likely to cost the government money, that's in part because it has been successful in incentivizing the purchase of electric vehicles. A congressional report claims more than 57,000 taxpayers claimed an EV credit in 2016 and it's expected that $7.5 billion in subsidies will be given out to EV buyers between 2018 and 2022. Two car makers, Tesla and General Motors, have already hit the 200,000 vehicle cap but are still eligible for smaller credits.

In this article: budget, congress, electric vehicle, electric vehicle tax credit, ev, gear, politics, tax credit, transportation, trump
All products recommended by Engadget are selected by our editorial team, independent of our parent company. Some of our stories include affiliate links. If you buy something through one of these links, we may earn an affiliate commission.