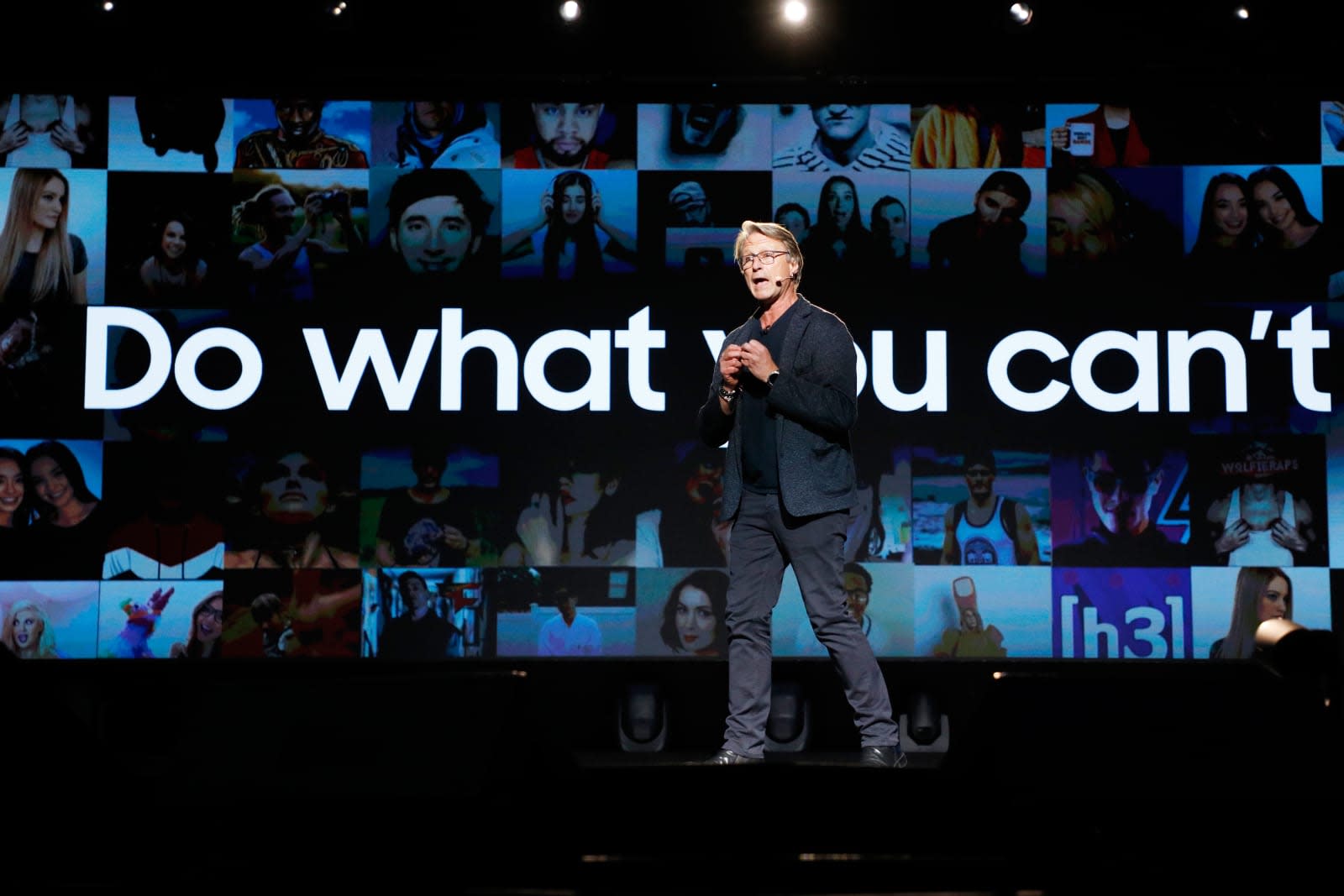 Samsung's US marketing team is in the midst of turmoil, and that might include some high-profile casualties. Wall Street Journal sources claim that Samsung recently fired "several" workers in its American marketing division after an internal investigation into possible violations of policies through dealings with business partners. Not long after, Samsung's marketing chief Marc Mathieu (above) and VP of media and partnerships Jay Altschuler both left -- it's not clear that the events are connected, but the timing is at least raising eyebrows.

The investigation reportedly centered around interactions between marketers with outside ad agencies and media companies. It's not certain just what might have gone wrong, although the WSJ pointed out that marketing staff at many companies will either accompany partners to sponsored events or pay for perks during meetings. It's possible there was a conflict of interest where marketers were playing favorites with these moves instead of pouring money into the outlets where it will be the most effective.

You might not get answers about whatever the big-name executives were doing, if anything. Samsung spokespeople have only confirmed "organization changes" in the marketing unit, and said that Mathieu left "to pursue other opportunities outside the company."

Some of those who were forced out accused Samsung of being unfair and using "trivial" justifications to give them the boot, the WSJ said.

This could have a significant impact on how Samsung pitches its devices to you, particularly its smartphones. The Verge observed that Mathieu is best-known for shifting Samsung's focus away from conventional ad agencies and toward creators like YouTube star Casey Neistat, ensuring that its phones and other gear are constantly in the limelight. That practice won't necessarily end, but Samsung might alter its approach. The timing isn't great, at least. Samsung's profit dipped sharply at the end of 2018, and it now has to improve its fortunes while its American team is in flux.

In this article: audit, business, gear, marcmathieu, marketing, samsung
All products recommended by Engadget are selected by our editorial team, independent of our parent company. Some of our stories include affiliate links. If you buy something through one of these links, we may earn an affiliate commission.