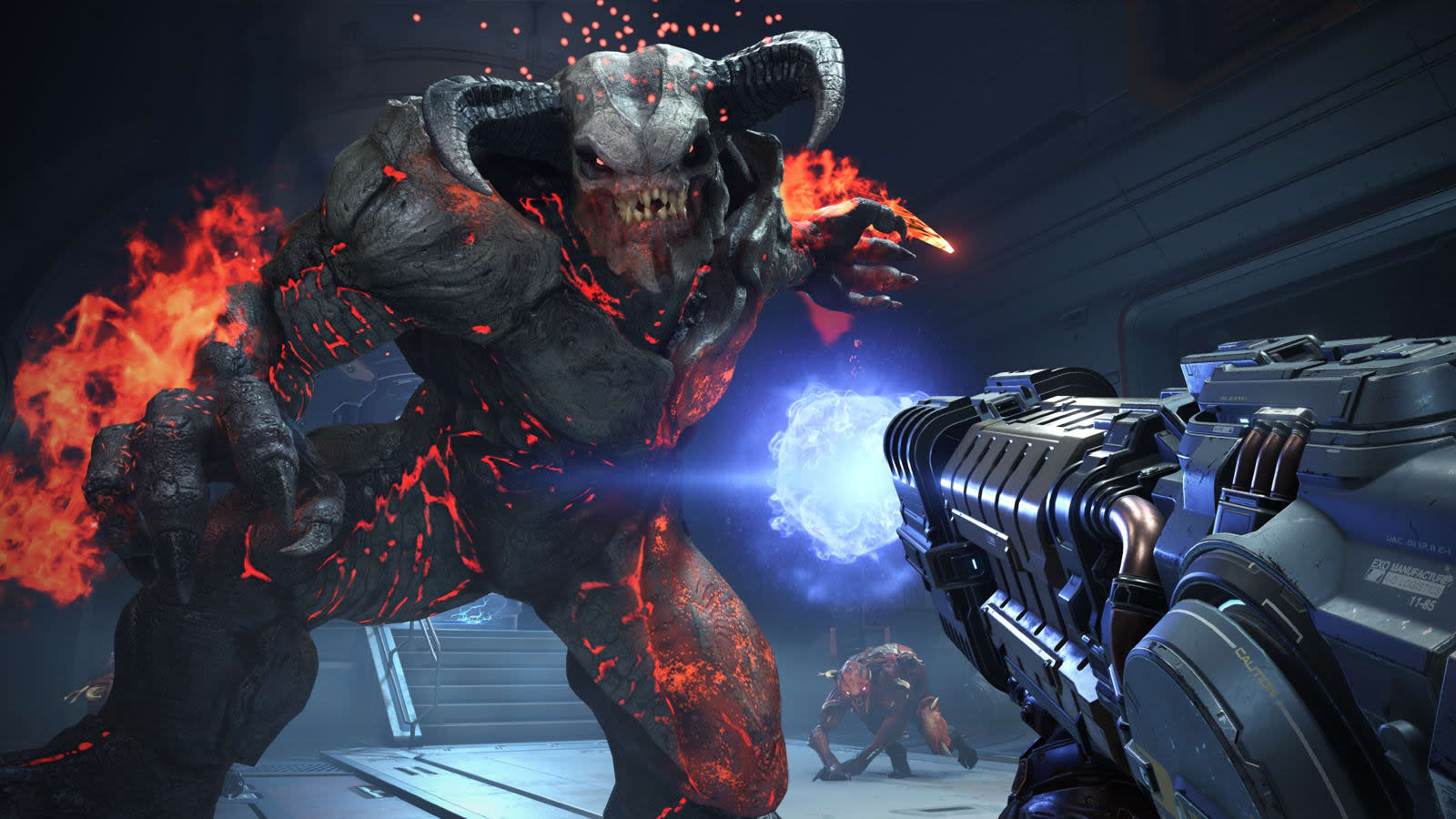 The rise of proprietary game launchers appears to be getting worse, but there's at least one company headed in the opposite direction. Bethesda has announced that its upcoming games will be available through Steam, including Doom Eternal, Rage 2, Wolfenstein: Cyberpilot and Wolfenstein: Youngblood. On top of that, it's bringing Fallout 76 to Steam at some point later in 2019. While that won't help the shared-world RPG fare any better, it will at least ensure that you can start complaining about the game that much sooner.

We've asked Bethesda if the releases will be exclusive to Steam. It didn't mention as much in the announcement, but we wouldn't expect these titles to come to the Epic Games Store (or other portals) regardless.

The developer isn't necessarily taking sides in the battle between Steam and Epic's store. Still, it's hard to shake the comparisons -- Bethesda is making its move right as a slew of big releases have been announced as EGS exclusives. Like it or not, you might have to run at least two launchers to cover the bulk of major new releases in the future.

We're pleased to announce that RAGE 2, Wolfenstein: Youngblood, Wolfenstein: Cyberpilot, and DOOM Eternal will be released on Steam as well as https://t.co/p0BARqmTBp. We will also be bringing Fallout 76 to Steam later this year.

In this article: bethesda, doom eternal, fallout 76, games, gaming, internet, personal computing, personalcomputing, rage 2, steam, video games, wolfenstein cyberpilot, wolfenstein youngblood
All products recommended by Engadget are selected by our editorial team, independent of our parent company. Some of our stories include affiliate links. If you buy something through one of these links, we may earn an affiliate commission.