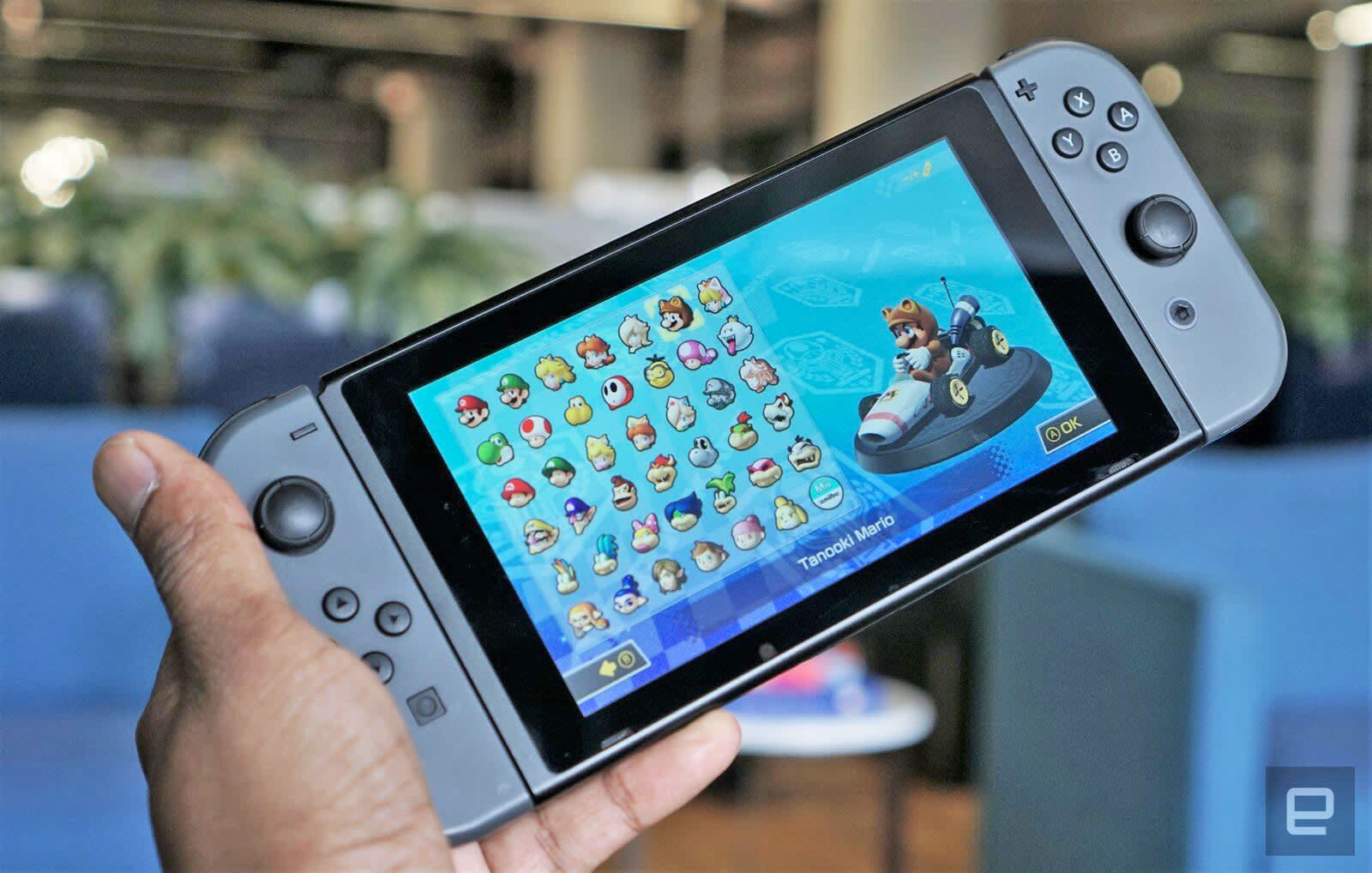 Nintendo might launch two new Switches as early as this summer, reports the WSJ. As previously rumored, one would likely be a smaller and cheaper model with a focus on portability. However, Nintendo might also release a higher-end model Switch aimed at more serious gamers, in competition with Sony's PS4 and Microsoft's Xbox One. It wouldn't have quite as much power as those consoles, however, according to the report.

The WSJ's sources are parts suppliers with access to a prototype. Those folks claim Nintendo will also eliminate the little-used HD Rumble controller vibration and other features in order to cut costs.

Both Sony and Microsoft have released multiple versions of the PS4 and Xbox One, including higher-end and cheaper versions, in order to keep sales rolling -- and it has largely worked. The Switch has been a big hit, with 32 million units sold so far, although Nintendo recently revised its 2018 fiscal sales projections downward, from 20 million to 17 million. It likely hopes that the new consoles will help it get its groove back.

At the same time, Nintendo won't want to get left behind in the next generation of the console wars. Microsoft and Sony may release new models in the near future, and both currently have a half-generation head start over Nintendo. By launching refreshed Switch models with new games, Nintendo won't be too far behind its competition.

The cheaper Switch version was originally rumored to be a strictly handheld device without the plastic docking station of the current Switch. Without revealing any details, suppliers told the WSJ that might not be quite accurate, however. "You would be wrong to think the enhanced version is similar to what Sony did with PS4 Pro and the other is just a cheap alternative that looks very similar to some past hand-held machines, say, Sony's PlayStation Vita," said a person who used both devices. We could find out as early as this summer.

In this article: av, Console, gaming, high-end, nintendo, NintendoSwitch, Refresh, Rumor, Switch
All products recommended by Engadget are selected by our editorial team, independent of our parent company. Some of our stories include affiliate links. If you buy something through one of these links, we may earn an affiliate commission.