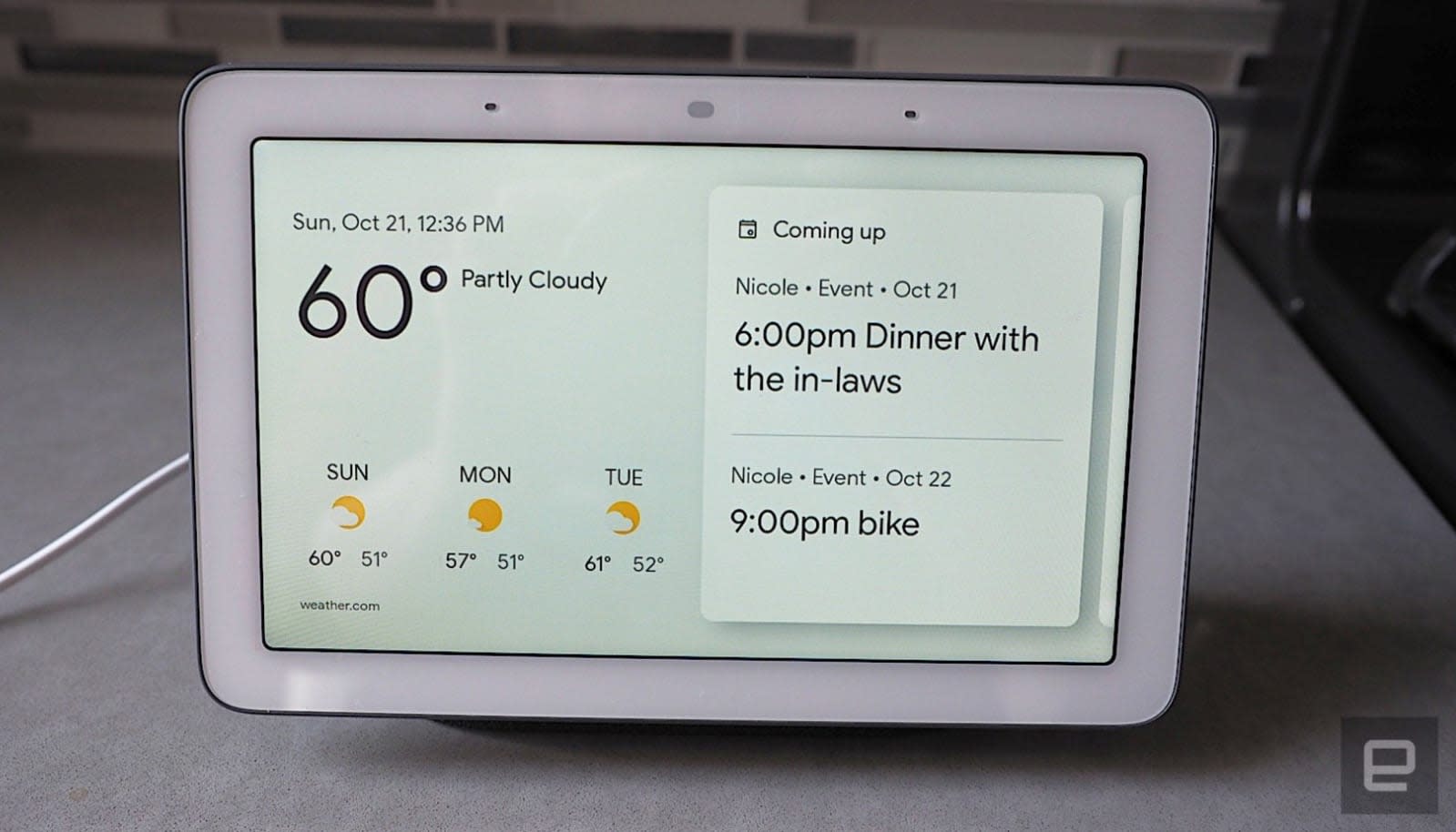 Walmart customers once again will be able to voice-order their groceries with Google Assistant, another bid by the brick-and-mortar store to compete with Amazon. The retailer announced the partnership on Tuesday, and said it would gradually roll out the feature in the next few weeks. The development comes after Walmart unceremoniously left Google Express, Google's online shopping tool, back in January, reportedly to develop its own Google Assistant shopping feature.

Walmart shoppers will soon be able to add items to their shopping carts by saying "Hey Google, talk to Walmart." The feature will be cross-platform, meaning customers can shop from any device that has the Google Assistant feature, ranging from smart speakers and displays to their Android watch or iPhone. Google Home will keep track of your preferred brands at Walmart, saving shoppers some time. While Walmart offered same-day and next-day shipping with Google Express, it's unclear what shipping options Walmart will offer with the new venture.

Walmart, which still maintains its status as the world's largest retailer in 2019, has aimed to claim some of the e-commerce territory already in Amazon and Alexa's firm grip. Amazon has struggled to maintain its lead in online grocery ordering as companies like Walmart, Peapod and Instacart have stepped up their game. While 74 percent of consumers named Amazon as their primary destination for online shopping in 2017, that share dropped to 38 percent in 2018, according to data from the Institute of Grocery Distribution. Walmart expanded its online grocery delivery to 100 different cities in 2018, just as Whole Foods and Amazon partnered to offer 2-hour delivery in select cities. Sam's Club, a division of Walmart, partnered with Instacart earlier this month to bring same-day delivery to select markets.

Shopping on Amazon coupled with the convenience of a voice assistant like Alexa is a unique perk that, up until this point, the big box retailers couldn't replicate. Still, Walmart and Google have a lot of ground to tread if it wants to compete with Alexa. Amazon controls 70 percent of the smart speakers installed as of December 2018, compared to Google's 24 percent, according to Consumer Intelligence Partners. But with the new Google and Walmart partnership, customers who prefer the Walmart brand over Amazon's grocery offerings may choose to spring for a Google Home assistant.

In this article: alexa, amazon, google, Google Assistant, Google Home, groceries, grocerydelivery, online grocery shopping, online shopping, services, tomorrow, walmart
All products recommended by Engadget are selected by our editorial team, independent of our parent company. Some of our stories include affiliate links. If you buy something through one of these links, we may earn an affiliate commission.