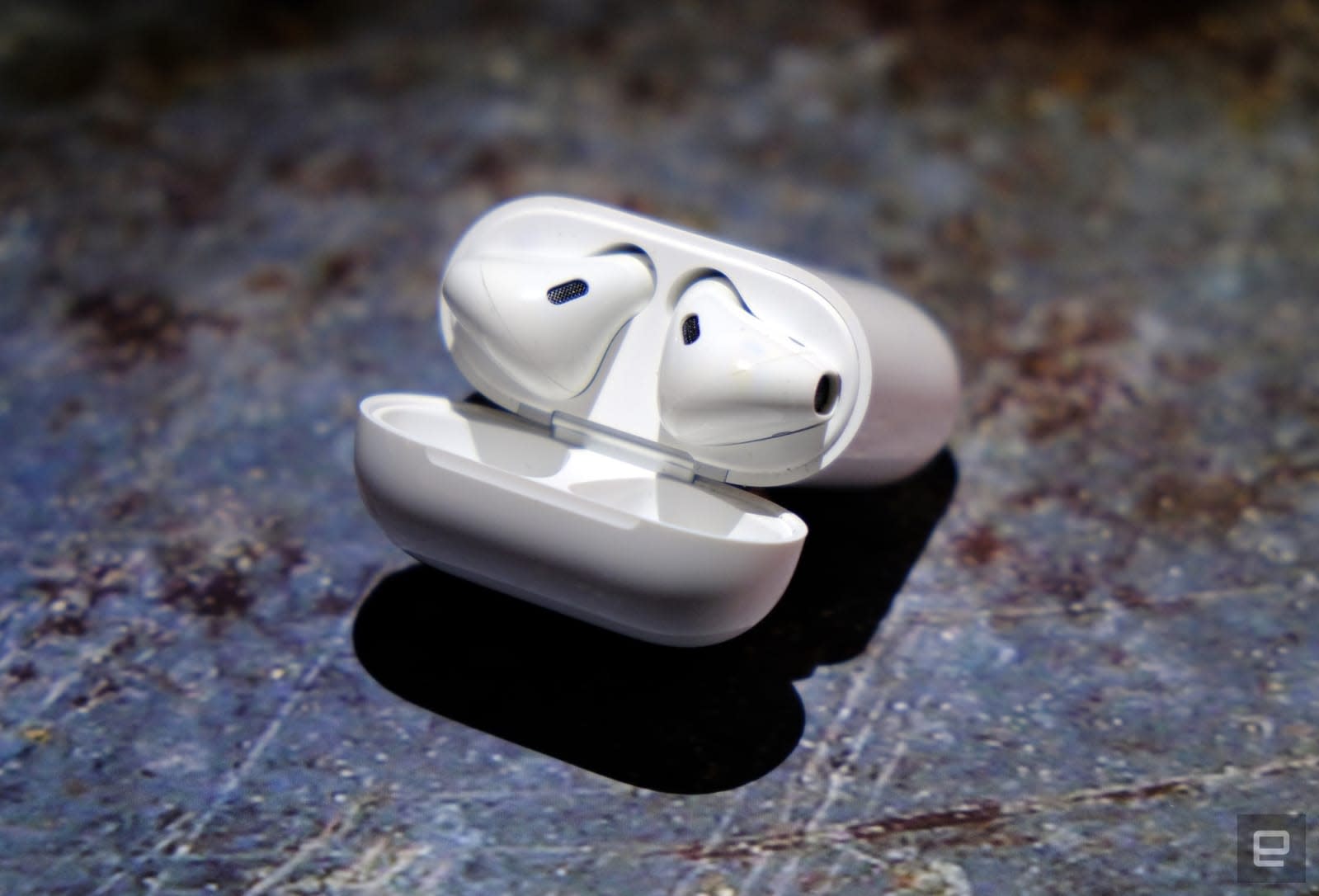 Apple's new AirPods give you hands-free access to Siri, and it sounds like Amazon is working on something similar for Alexa. Bloomberg reports the online retail giant is working on its own true wireless earbuds that will also be its first Alexa wearable. Details are scarce for now, but Bloomberg's sources say although the Amazon version will be similar to AirPods in terms of both general design and features, the company is aiming to offer better audio quality than Apple. Sound quality has been a key criticism of both models of AirPods.

In addition to saying "Alexa" to activate the virtual assistant, the earbuds will reportedly offer gesture controls for things like taking calls and skipping tracks while listening to music. The Alexa earbuds are said to follow much of the true wireless competition with an included charging case. Bloomberg reports Amazon's hardware division, Lab126, is working on the project. Lab126 popped up in reports last spring about an Alexa-enabled home robot -- a device code-named Vesta.

Amazon has faced a number of delays in development of the earbuds, but the company has been looking for parts suppliers and manufacturing partners over the last few months, according to Bloomberg.

True wireless earbuds have been around for a while now, but they're becoming increasingly more popular. And with reports indicating AirPods are the most popular option, it's easy to see why Amazon would want to introduce something similar for it's own virtual assistant. Amazon typically hosts a big hardware showcase in September, so it makes sense that the Alexa-powered earbuds would debut around then.

We've reached out to Amazon for a comment on the matter, and we'll update this post if we hear back.

In this article: airpods, alexa, amazon, audio, av, earbuds, entertainment, gear, true wireless, true wireless earbuds
All products recommended by Engadget are selected by our editorial team, independent of our parent company. Some of our stories include affiliate links. If you buy something through one of these links, we may earn an affiliate commission.