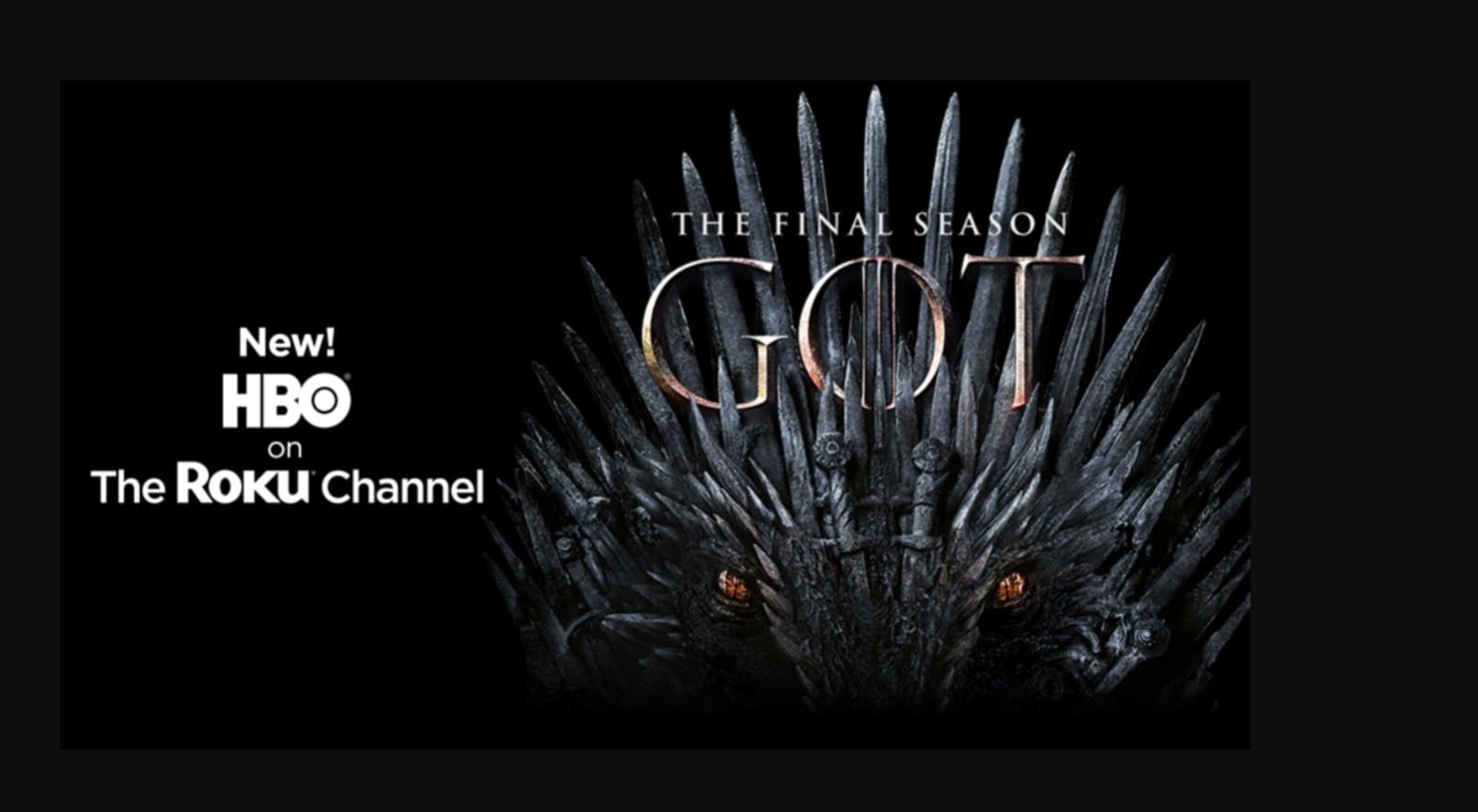 The Roku Channel has added HBO to its list of premium subscriptions available on its streaming platform. Those who own a Roku device can now sample a 7-day free trial of HBO on the Roku Channel, after which it will cost $14.99 a month. It's the same pricing as the HBO Now standalone package and the HBO add-on on other streaming platforms like Hulu and Amazon Prime Video. Timing is perfect for those who want to catch the final season premiere of Game of Thrones, which debuts on April 14th.

If you already own a Roku device, adding an HBO subscription is easy. Simply open up the Roku Channel, go to the Premium Subscriptions row, and select "HBO". Along with GoT, you can catch the new seasons of Barry, Veep, and Last Night with John Oliver. Full seasons of older HBO series such as Sex and the City, The Sopranos, and Entourage are also available to stream.

Roku, which rose to fame for letting cordcutters watch hundreds of free ad-supported shows on its streaming players, is struggling to keep up in the rapidly expanding world of online streaming. Nearly 11 years old, Roku is now in competition with newer streaming device offerings by Amazon, Google, and Apple. In an effort to stay ahead, Roku launched its premium subscriptions service back in January, allowing viewers to tack-on Showtime, Starz, and other channels for an added fee. The addition of HBO will surely make that lineup all the more attractive.

In this article: av, entertainment, game of thrones, hbo, roku, RokuVideoPlayer, streaming media, StreamingVideo
All products recommended by Engadget are selected by our editorial team, independent of our parent company. Some of our stories include affiliate links. If you buy something through one of these links, we may earn an affiliate commission.