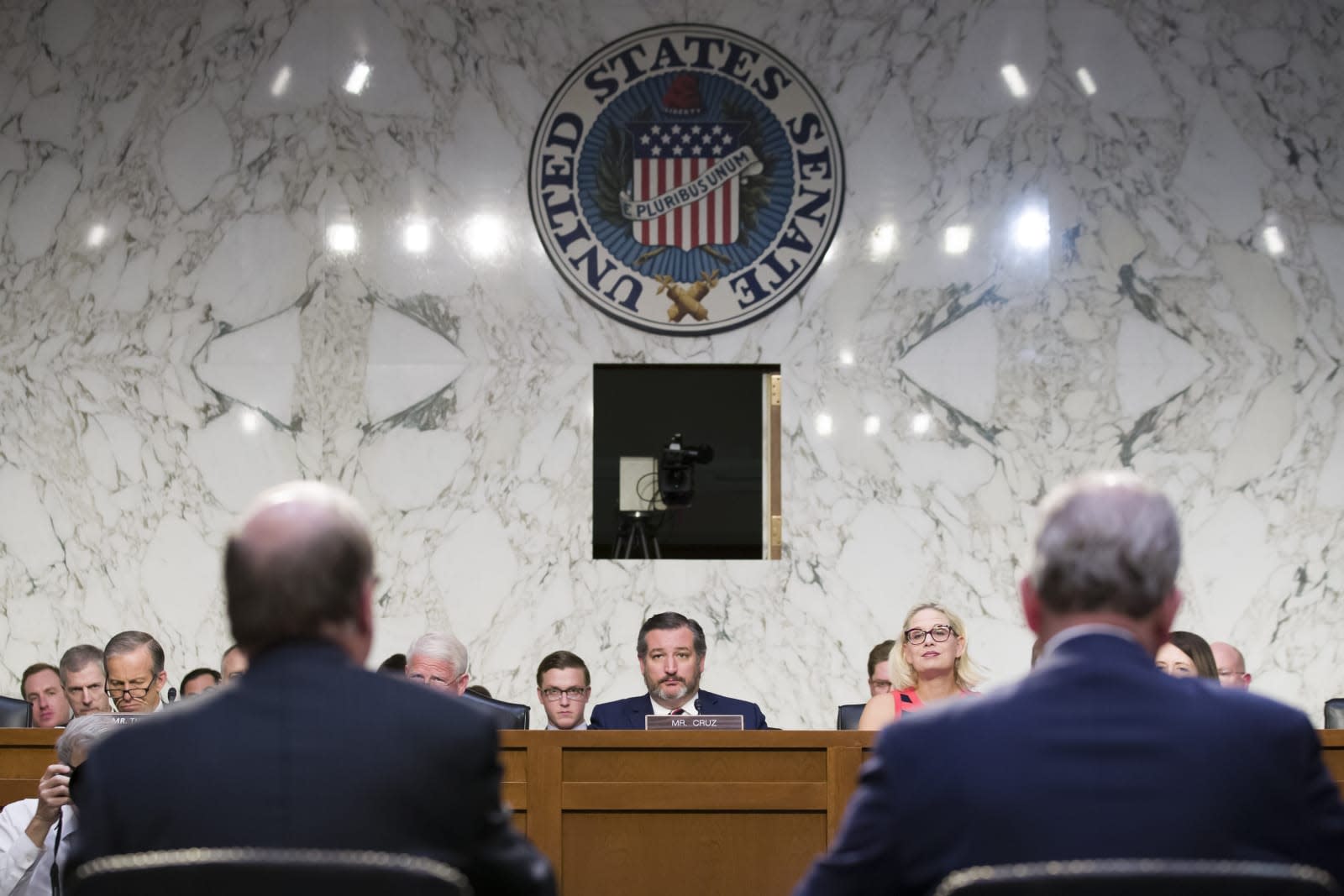 Facebook, Google and Twitter will reportedly participate in a congressional hearing on tech censorship next week. The "Stifling Free Speech: Technological Censorship and the Public Discourse" hearing is scheduled for April 10th, before the Senate Judiciary's subcommittee on the Constitution. According to CNET, Facebook, Google and Twitter will all attend.

While we can guess, we don't know exactly what the subcommittee (chaired by Senator Ted Cruz) plans to discuss. Since the 2016 election, tech companies have been accused of -- and denied -- censoring conservative speech. This also comes just one week after Mark Zuckerberg proposed four ways to regulate the internet.

Google and Facebook are already scheduled to appear before Congress on April 9th to answer questions on what they're doing to curb the spread of white nationalism and separatism on their platforms. There could be some overlap between the two hearings. Last year, YouTube was accused of censoring content when it mistakenly removed videos from a watchdog group instead of those posted by conspiracy theorist Alex Jones. And, some fear Australia's new bill to punish platforms that fail to remove violent content will lead to censorship. In all likelihood, this will be another case of "Tech Companies Go to Congress," in which Congress attempts to shed light on an issue, and instead, we learn very little.

In this article: business, censorship, congress, congressional hearing, facebook, free speech, gear, google, internet, politics, twitter
All products recommended by Engadget are selected by our editorial team, independent of our parent company. Some of our stories include affiliate links. If you buy something through one of these links, we may earn an affiliate commission.