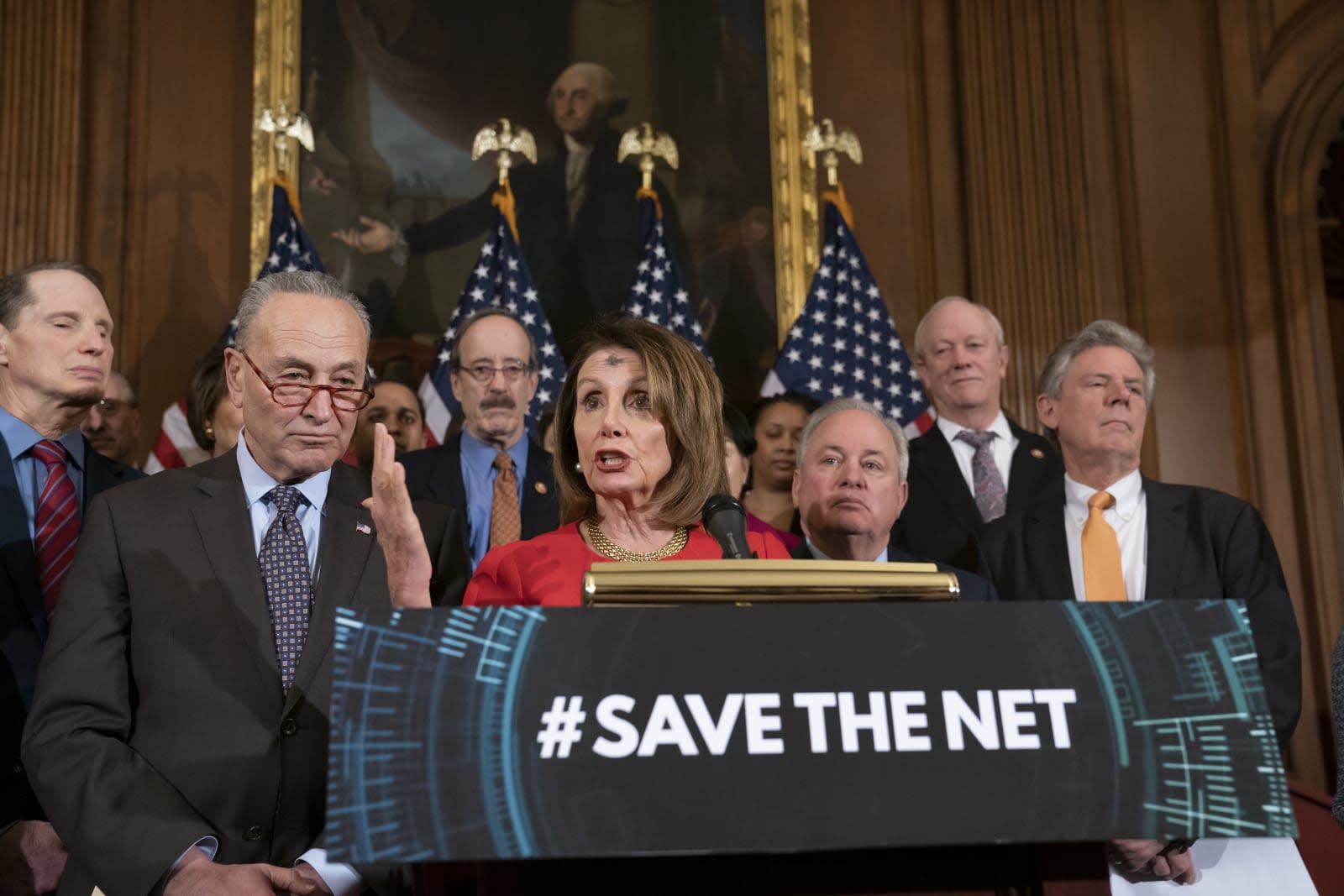 The House of Representatives has passed a bill which would restore net neutrality rules the Federal Communications Commission repealed in 2017. Representatives approved the bill by 232-190 (with a sole Republican voting in favor), but the legislation still seems doomed.

Several Democrats backed the Save the Internet Act when Rep. Mike Doyle introduced it last month. The bill seeks to block providers from throttling, blocking or prioritizing internet content and enshrine the former protections into law. It would restore the FCC's governance over providers under Title II of the Communications Act, which Democrats say would ensure the rules are enforced.

Democrats have control over the House, so passing the bill wasn't too arduous in that chamber, but they face a tougher task in pushing the legislation through the Senate, over which Republicans hold sway -- the party lines drawn in the House vote underscore the difficult job ahead for the bill's proponents. Meanwhile, advisers to President Donald Trump are urging him to veto the legislation if it does eke through the Senate.

FCC chairman Ajit Pai is certain the bill won't become law, describing it in a statement as a "big-government solution in search of a problem." Still, around 86 percent of Americans (including 82 percent of Republicans) opposed the FCC's net neutrality repeal, according to a survey last year by the Program for Public Consultation at the University of Maryland. As such, it could prove an important issue in the 2020 election.

In this article: ajit pai, ajitpai, democrats, fcc, federal communications commission, gear, house of representatives, houseofrepresentatives, internet, net neutrality, netneutrality, open internet, politics, republicans, save the internet act, savetheinternetact, senate
All products recommended by Engadget are selected by our editorial team, independent of our parent company. Some of our stories include affiliate links. If you buy something through one of these links, we may earn an affiliate commission.