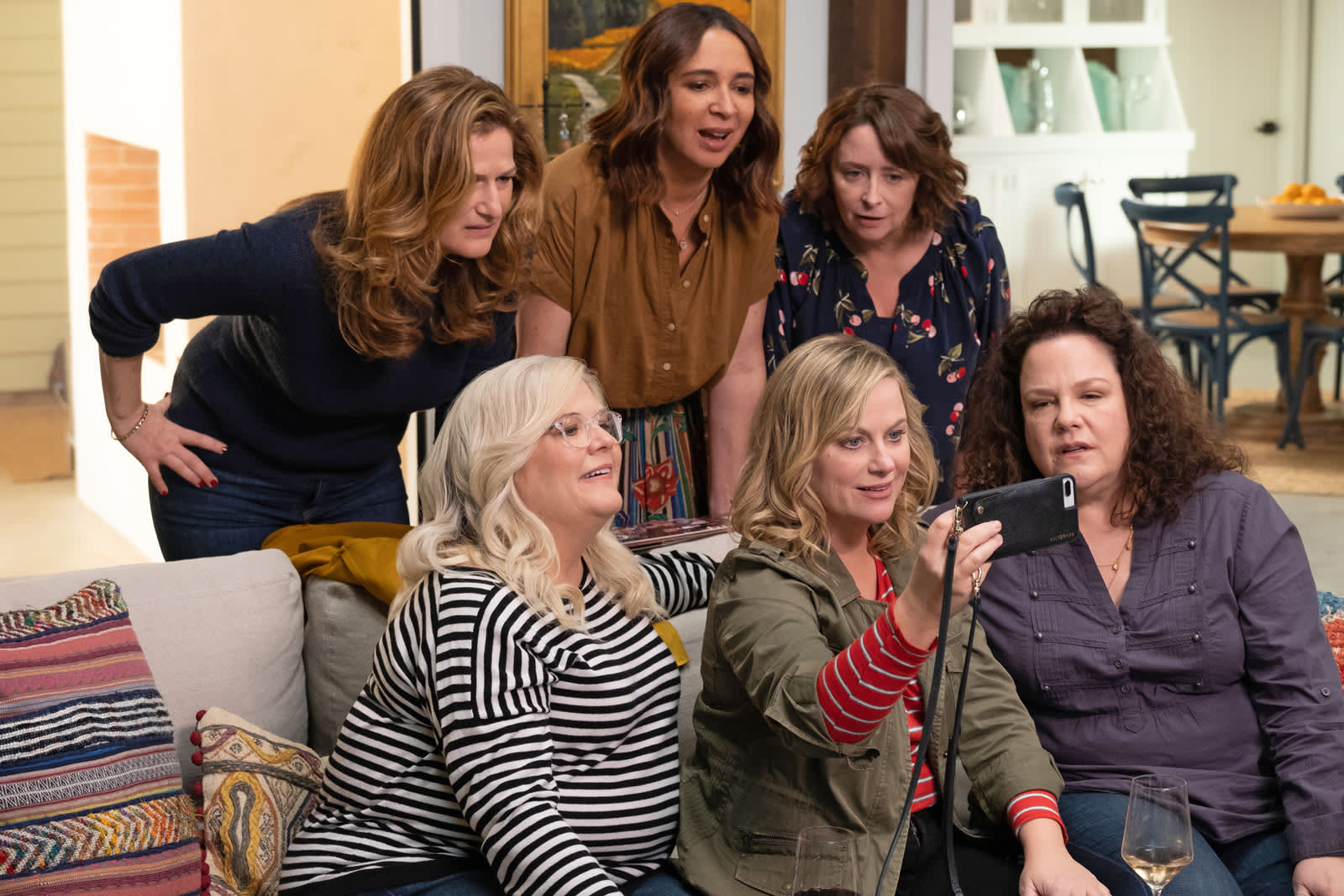 Wine Country -- a star-studded, R-rated comedic romp -- is coming to theaters on May 8th and Netflix on May 10th, and the first trailer dropped today. The film follows Abby, played by Amy Poehler, as she assembles a crew of old friends to celebrate the 50th birthday of her best friend Rebecca (Rachel Dratch). They're joined by Ana Gasteyer, Paula Pell, Emily Spivey and Maya Rudolph for a wine-filled tour through Napa Valley. Tina Fey, Jason Schwartzman and Cherry Jones also join in the adventure.

Wine Country seems to be borrowing from the Girls Trip and Bridesmaids playbook of getting a bunch of funny women together on screen and letting them play off one another. It's usually a formula for some good laughs, and given the rapport that much of the cast has from their days at SNL, there should be no shortage of funny moments throughout the film.

In addition to starring in the film, Poehler is also taking up director duties. The film will mark her full-length directorial debut (she sat in the director's chair for a couple episodes of Parks and Recreation). While the role is new to Poehler, producing content for streaming platforms sure isn't. She's credited as one of the creators of Netflix's hit Russian Doll, executive produced Hulu's Difficult People and starred in the Wet Hot American Summer series on Netflix.

In this article: amp, av, entertainment, netflix, rachel dratch, streaming, streaming video, tina fey, trailer, wine country
All products recommended by Engadget are selected by our editorial team, independent of our parent company. Some of our stories include affiliate links. If you buy something through one of these links, we may earn an affiliate commission.