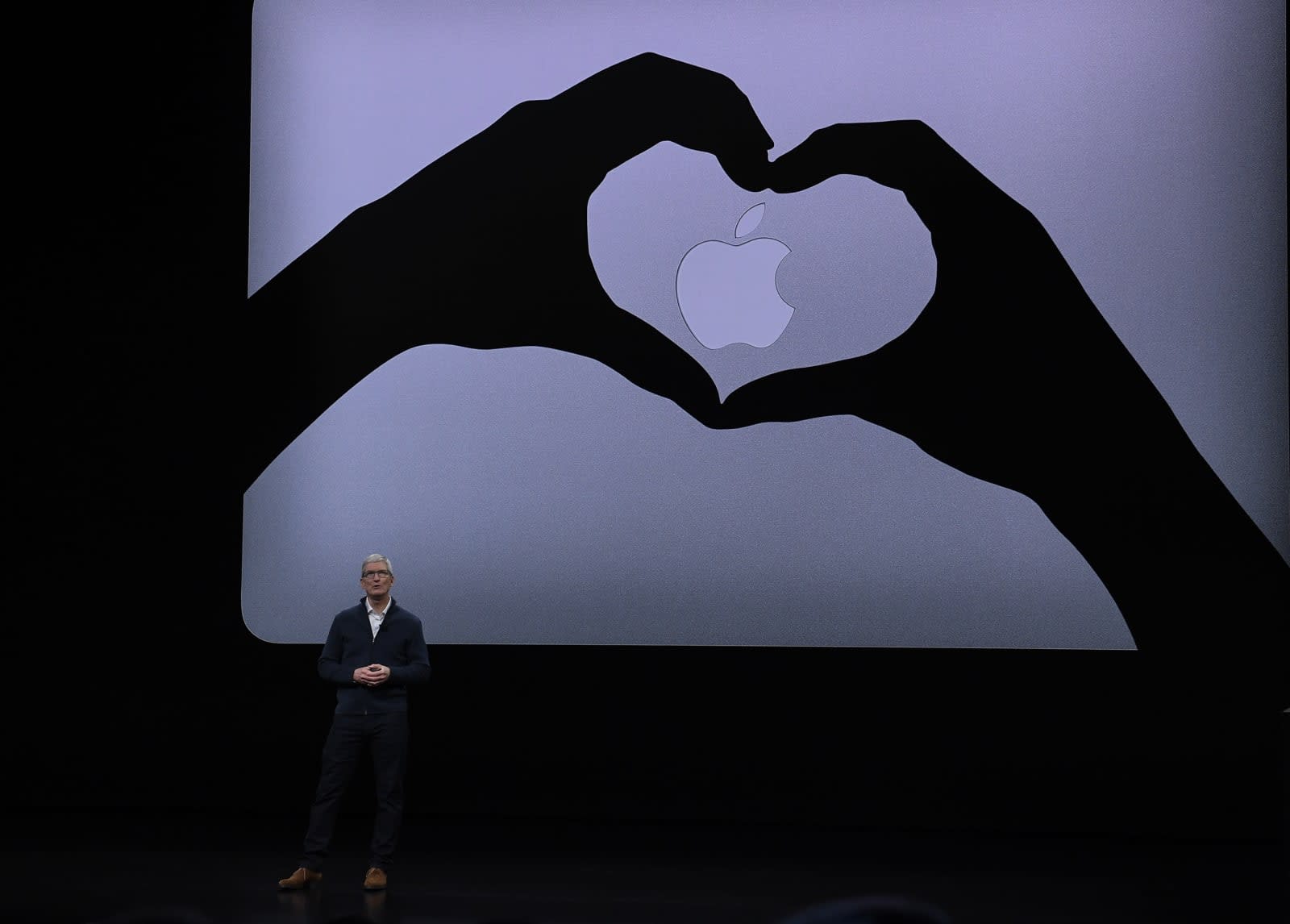 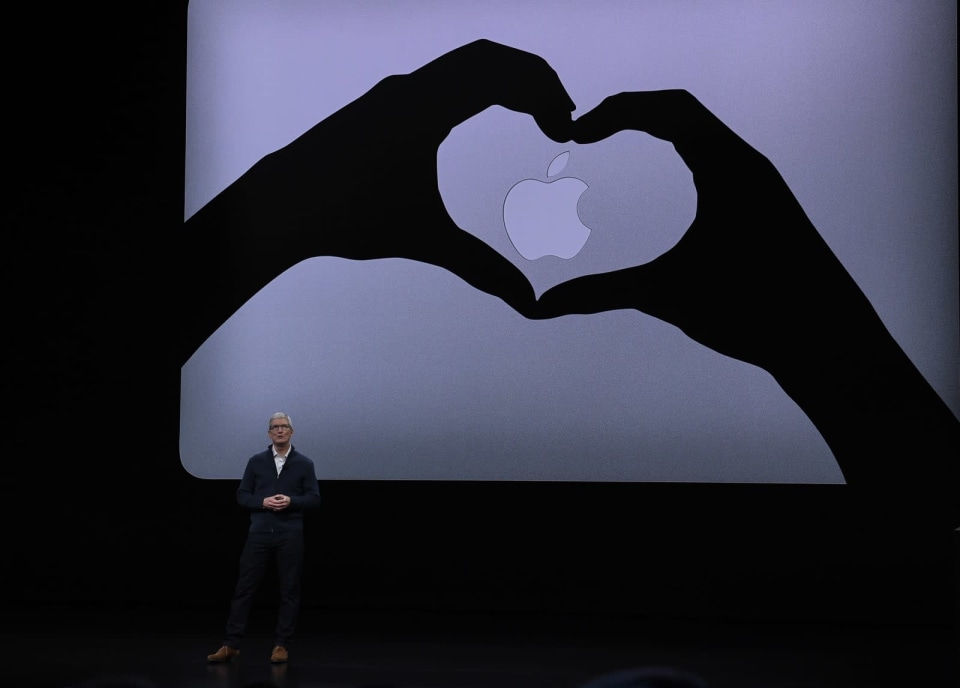 Welcome to Engadget's excerpt series, Hitting the Books. With less than one in five Americans reading just for fun these days, we've done the hard work for you by scouring the internet for the most interesting, thought provoking books on science and technology we can find and delivering an easily digestible nugget of their stories.

Tim Cook: The Genius Who Took Apple to the Next Level
by Leander Kahney Taking the helm after the founder of the company has stepped aside is never an easy task, especially not when the person you're replacing was Steve Jobs. Yeah, that Steve Jobs. The man wasn't just the CEO of Apple, in many respects he was Apple and rightly left an enormous set of shoes to fill.

In Tim Cook: The Genius Who Took Apple to the Next Level,​​​​​​​ author Leander Kahney illustrates how Tim "Apple" Cook not only stepped into the role of CEO after Jobs' untimely resignation and death in 2011.
From facing down the FBI after the San Bernardino shooting, to making the company's products and production process more ecologically friendly, in the eight years since, he has overseen the company's reinvigoration as a global technology leader.

In the selection below, Kahney revisits Cook's momentous 2014 Bloomberg op-ed and the surprisingly receptive response it received.

After three years at the helm as Apple's CEO, Cook was coming into his own as the company's leader. He was more relaxed in public, speaking off-the-cuff and cracking jokes in interviews, and happily posing for selfies everywhere he went. His colleague Greg Joswiak noted that everyone was starstruck -- even famous athletes and film stars asked for pictures with him. "Even among celebrities Tim seems to be the big celebrity, but he doesn't act like it," Joswiak said. "It just never goes to his head. He just never acts like a celebrity. He acts like Tim."

Away from the public glare, Cook's six values were changing Apple's culture. The company had never been more devoted to promoting diversity, equality, education, and accessibility. The year 2014 was a momentous one for Cook as CEO, but it would go down in history for a very special reason.

On October 30, Cook wrote a heartfelt essay for Bloomberg, titled "Tim Cook Speaks Up," in which he revealed publicly for the first time that he was gay. There had been rumors about his sexuality before, and Cook says that he had been open with "plenty" of colleagues at Apple -- but this was the first time he confirmed it to the world at large. "While I have never denied my sexuality, I haven't publicly acknowledged it either, until now," he wrote. "So let me be clear: I'm proud to be gay, and I consider being gay among the greatest gifts God has given me." Cook, now the first CEO of a Fortune 500 company to come out, continued that "being gay has given me a deeper understanding of what it means to be in the minority and provided a window into the challenges that people in other minority groups deal with every day."

Being gay, Cook explained, made him more empathetic and gave him the confidence to be himself, follow his own path, and rise above adversity and bigotry. "It's also given me the skin of a rhinoceros, which comes in handy when you're the CEO of Apple." He noted how the world has changed so much since he was a child, with America moving toward marriage equality, and with other public figures coming out to make the country's culture "more tolerant." He said he didn't consider himself an activist but realized how much he had benefited from the sacrifice of others. "So if hearing that the CEO of Apple is gay can help someone struggling to come to terms with who he or she is, or bring comfort to anyone who feels alone, or inspire people to insist on their equality," he said, "then it's worth the trade- off with my own privacy."

Cook later told The Late Show on CBS that he decided to make his sexuality public after he realized he could help America's queer youth. "Kids were being bullied in school, kids were getting discriminated against, kids were even being disowned by their own parents. I needed to do something," he said. "I valued my privacy significantly, [but] I felt that I was valuing it too far above what I could do for other people. I wanted to tell everyone my truth."

Cook's decision to disclose his sexuality, four months after leading eight thousand Apple employees at the forty-third annual San Francisco Pride Parade, was big news among Apple fans and the wider tech community, with the reaction almost entirely positive. "From one son of the South and sports fanatic to another, my hat's off to you," tweeted former president Bill Clinton. "Inspirational words from Apple CEO Tim Cook on being gay, and standing up for equality," added billionaire entrepreneur Richard Branson. Said Lloyd Blankfein, chairman and CEO of Goldman Sachs, "He's chief executive of the Fortune One. Something has consequences because of who does it, and this is Tim Cook and Apple. This will resonate powerfully." Bob Iger, CEO of the Walt Disney Company, said, "Tim sacrificed his own privacy to ensure a generation of young people understand that they matter, whoever they are." The Huffington Post declared that Cook had "just changed America in a way Steve Jobs never could." Since there were no other publicly out Fortune 500 CEOs, one could have expected that Cook's revelation might have been taken badly. But in reality, there wasn't much of a reaction at all. Cook's essay was never considered a major bombshell.

Lisa Jackson, Apple's vice president of environment, policy, and social initiatives, got an email from Cook the night before his op-ed was published. He wanted her to see it first before it hit newsstands. "I felt like I was witnessing an act of service and bravery and courage and leadership that was as profound as any I had witnessed in my life," she said, clearly moved. "You know what that meant to so many people. What that meant to so many kids. You know young people, teenagers, students, people who didn't feel like they had somebody looking out for them. . . . Tim's a fighter and having him on your side is definitely . . . a good thing."

For every tweet, Facebook status, or column celebrating the news, there were twice as many lighthearted jokes. "Would have been more interesting if Tim Cook revealed that he uses Windows," said one Twitter user. And Samsung quips ruled the roost. "Samsung just announced that their next CEO will be gay!" joked David Wolf, adding, " 'Our gay CEO will be 25% gayer than Tim Cook,' said Samsung PR."

Wall Street wasn't fazed by Cook's essay either, with Apple stock in virtually exactly the same condition in premarket trading immediately after his news broke, dipping less than 1 percent after the market officially opened. "To put it another way: The CEO of the world's most valuable company publicly announced he's a gay man, and Wall Street could not care less," wrote Seth Fiegerman for Mashable. Apple analyst Gene Munster described the news as "a non-event because Tim has already proven he's an excellent CEO." In an opinion piece for CNBC, coauthored by fellow Piper Jaffray analyst Doug Clinton, Munster continued, "It may seem strange to have Wall Street analysts weigh in on such a personal topic and we recognize that the announcement is bigger than shares of AAPL. But Cook's decision to announce that he is gay had the potential to impact the stock and many wondered if it would. We were happy to see investors vote through a roughly unchanged stock price that Tim Cook is just as capable a CEO today as he was before the announcement."

It is not known if Cook is in a relationship or not. He's never been photographed with a partner by paparazzi, and there are few rumors about his private life. One rumor -- that he's in a relationship with a Silicon Valley venture capitalist -- was easily debunked from the VC's Instagram feed (which is now private). There were numerous photos of the man with his partner, and it wasn't Tim Cook. Cook appears to live alone in Palo Alto. If he is in a relationship, it must be very difficult for him to conduct it privately. One wonders if he eats out at restaurants, or goes to parties or on vacation. While researching this book, I didn't pry into his personal life at all. Cook keeps his private life private, and I'm happy to respect that.

In this article: apple, business, column, entertainment, hittingthebooks, Leander Kahney, politics, Tim Cook, TimCook
All products recommended by Engadget are selected by our editorial team, independent of our parent company. Some of our stories include affiliate links. If you buy something through one of these links, we may earn an affiliate commission.
Share
Tweet
Share