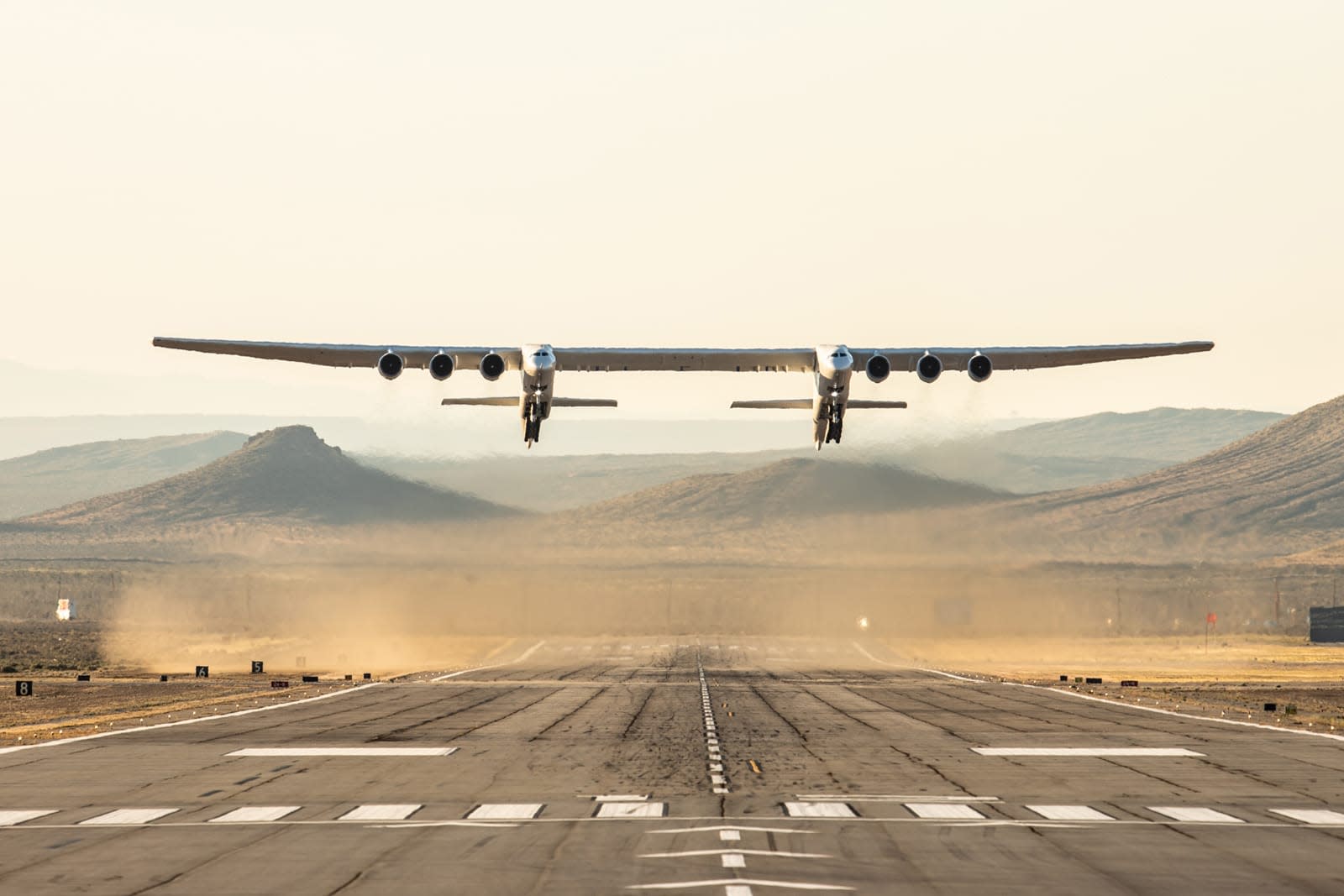 Stratolaunch is making some history even as it scales back its ambitions -- the company has successfully flown the world's largest aircraft, the Scaled Composites Stratolaunch, for the first time. The dual-fuselage rocket hauler took off from the Mojave Air and Space Port soon after 10AM Eastern on April 13th and completed a roughly 2.5-hour journey, reaching a maximum altitude of 17,000 feet. It wasn't carrying a payload, but its trip is still a big deal for a machine that was first announced eight years ago and boasts an unprecedented 385-foot wingspan.

The aircraft is central to the late Paul Allen's vision for Stratolaunch when he started the company in 2011. In many ways, it's a larger parallel to Virgin Galactic's White Knight Two. It's meant to reduce the costs of spaceflight by ferrying rockets to an altitude of 35,000 feet and making it easier to complete the journey into orbit.

There have been more than a few hurdles to clear along the way. There were plans to test-fly the aircraft back in 2016, but it clearly wasn't ready. It didn't start engine tests until 2017, and taxi tests have been underway in the months since. Now, though, Stratolaunch can focus on preparing its vehicle for its core mission.

The main challenge at this stage may be landing customers. Northrop Grumman has already committed to launching its Pegasus XL rockets using the aircraft, but it's not clear who else will line up. Stratolaunch may have to work hard to woo customers, especially as it's becoming easier to launch some payloads using conventional rockets.

The Roc lands safely, bringing to a conclusion the first flight of the worlds largest airplane at #Mojave. #stratolaunch @NASASpaceflight pic.twitter.com/NjCIlga4IY

In this article: aircraft, flight, gear, paul allen, scaled composites, space, spaceflight, stratolaunch, transportation
All products recommended by Engadget are selected by our editorial team, independent of our parent company. Some of our stories include affiliate links. If you buy something through one of these links, we may earn an affiliate commission.