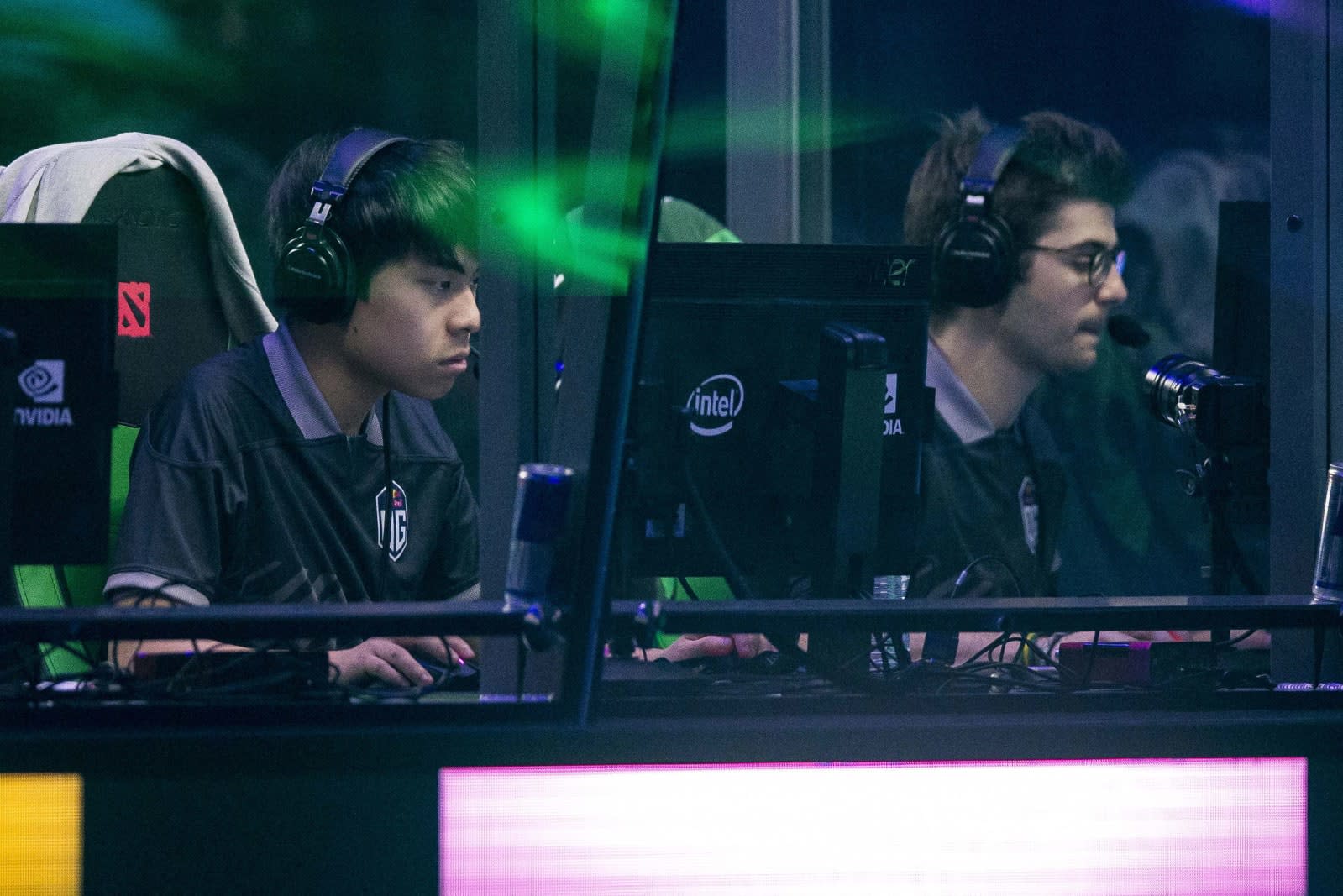 So much for the best Dota 2 players having the skill to fend off cutting-edge AI. OpenAI Five has beaten five players from OG, the veteran team that won Valve's 2018 International, in a best-of-three exhibition match. The Verge noted that the deep learning system thrived by relying on aggressive and unconventional methods, including instant revivals for heroes in the early stages, and picking valuable heroes. While OG put up a fight (the first round lasted over 30 minutes), it couldn't hold out.

There's more. OpenAI also used the exhibition to show that Five could play alongside human players and learn from their play styles. And more importantly, you can play too -- OpenAI has started registrations for opportunities to challenge the AI (both in cooperative and versus modes) between April 18th at 9PM Eastern and April 22nd at 2:59AM Eastern. You shouldn't expect to win, but you'll have first-hand knowledge of just how good Five really is.

Not that it's perfect, mind you. Five still tends to prefer short-term strategies, and it's currently limited to playing by a narrow set of rules. It won chiefly because its initial bets paid off. Humans are still better at long-term decisions, and OG might have fared better if the AI didn't come out ahead early on.

This is the last planned public demonstration of OpenAI's bot, so you're unlikely to see more trouncings in the future, unfortunately. However, the victory suggests that Five is powerful enough to not only succeed in Dota 2, but other games with different mechanics. Powerful AI in games may be just a matter of time. Logically, the techniques learned here could also apply to robots and other non-gaming tasks.

In this article: ai, artificial intelligence, deep learning, dota 2, esports, games, gaming, gear, og, openai, openai five, personal computing, personalcomputing, robots, video games
All products recommended by Engadget are selected by our editorial team, independent of our parent company. Some of our stories include affiliate links. If you buy something through one of these links, we may earn an affiliate commission.