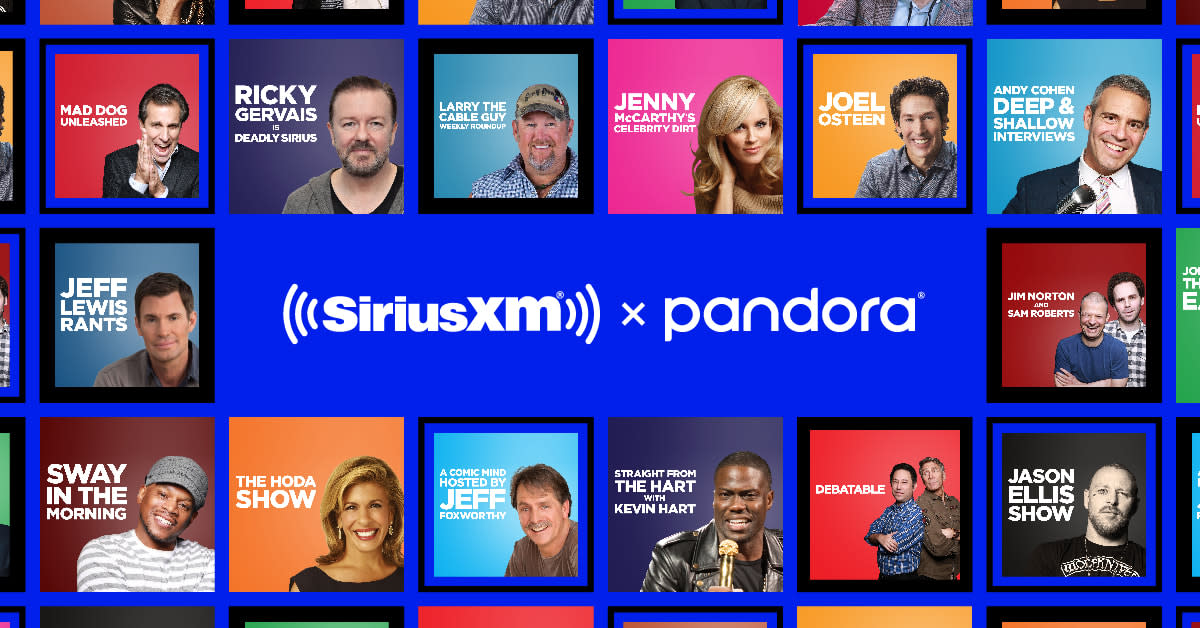 Many music streaming services are looking at podcasts as a way to keep listeners increasingly plugged in and listening -- Spotify's recent purchase of Gimlet Media being just the most recent example. Pandora has had podcasts for a while as well, and today the company is announcing an expansion that comes via its new owner, SiriusXM. As of now, almost two dozen SiriusXM shows across a variety of genres will also be available to Pandora subscribers as podcasts.

The shows hit on a number of genres, including entertainment, music, sports and comedy; hosts you may have heard of include Andy Cohen, Kevin Hart, Ricky Gervais, Christopher "Mad Dog" Russo, Larry the Cable Guy and Jeff Foxworthy. The SiriusXM shows should be live on Pandora's mobile app now for both free and premium users, and they're all grouped under a SiriusXM category when you browse for shows through the app.

Given that nearly all original content from SiriusXM has been restricted to subscribers for years, it's noteworthy to see the service using Pandora to cross-promote its material. But given that both Pandora and SiriusXM have both struggled for survival at various points in their history, it makes sense to share their assets in a way that could make Pandora users more likely to stick around in the face of fierce competition from Spotify and Apple.

In this article: av, entertainment, pandora, podcasts, siriusXM, streaming, streaming music
All products recommended by Engadget are selected by our editorial team, independent of our parent company. Some of our stories include affiliate links. If you buy something through one of these links, we may earn an affiliate commission.