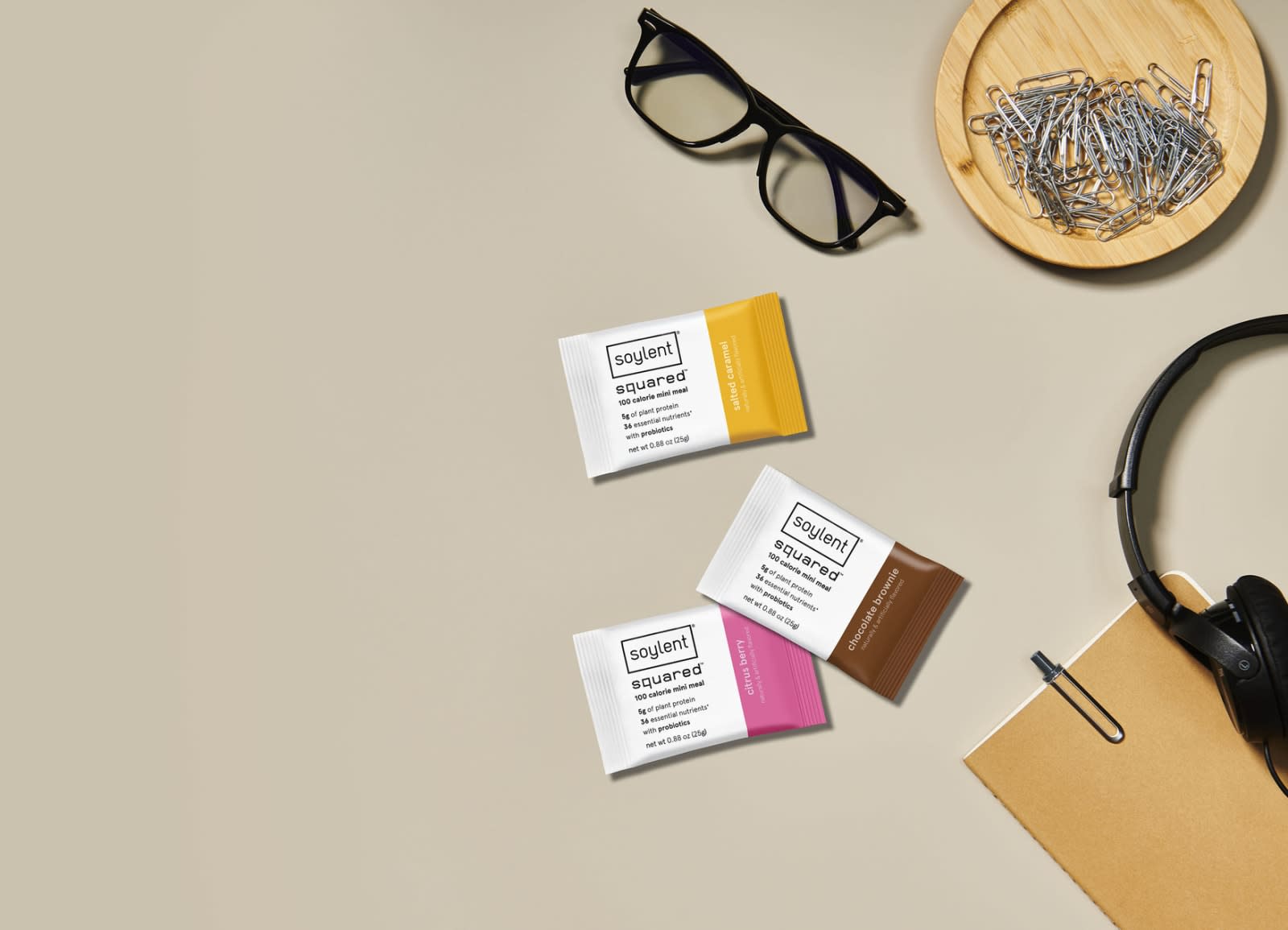 Soylent, the drink of choice for Silicon Valley bros with no time to eat, is launching a new line of snack bars. Known as Soylent Squared, the 100-calorie "mini-meal" bars are the first solid food offerings from the company since the disastrous launch of its meal replacement bars in 2016. Soylent halted sales of the bars after reports emerged they were making people sick.

But given the fact that energy bars are a multi-million dollar industry and prime Instagram bait, it makes sense that Soylent would want to venture into the world of solid food again. The bars, which come in three flavors; chocolate brownie, salted caramel and citrus berry, are currently only available online. A pack of 30 snack bars costs $30.

The new Soylent Squared bars, unlike the company's 14-ounce shakes, aren't meant to replace a meal by themselves. In a press release, Soylent CEO Bryan Crowley said that Soylent Squared is meant to allow consumers to "portion out the nutrition they need." Either consume one or two bars for a snack, or eat three or four for a meal replacement.

Nutritionally, the Soylent Squared bars are definitely a safer bet than your standard vending machine fare. Each contain five grams of plant-based protein (mostly from soy protein isolate) and two grams of sugar. Even if you eat a few Soylent Squared bars for a meal, it's a far less sugary, more protein-filled option than scarfing down a Snickers bar. But unless you're hiking, on a road trip, or on the go in some other capacity, it's hard to imagine why anyone would prefer a Soylent Squared bar over actual food. You could easily make a snack of roughly 100 calories out of a small bowl of greek yogurt with blueberries, an apple slathered with peanut butter, or some string cheese.

But busy consumers will likely go for a Soylent Squared bar instead of yogurt for the same reason they go for a Soylent shake rather than an omelette or a salad. It's easy, it's portable and you can eat it in front of your laptop without making a mess. Yet given the litany of other energy bar options, healthy fast-casual food options and delivery options ranging from Postmates to UberEats, don't be surprised if you're tempted by more attractive options.

In this article: food and drink, food-and-drink, foodanddrink, Soylent, Soylent Squared, TL19FOODSCI, tomorrow
All products recommended by Engadget are selected by our editorial team, independent of our parent company. Some of our stories include affiliate links. If you buy something through one of these links, we may earn an affiliate commission.