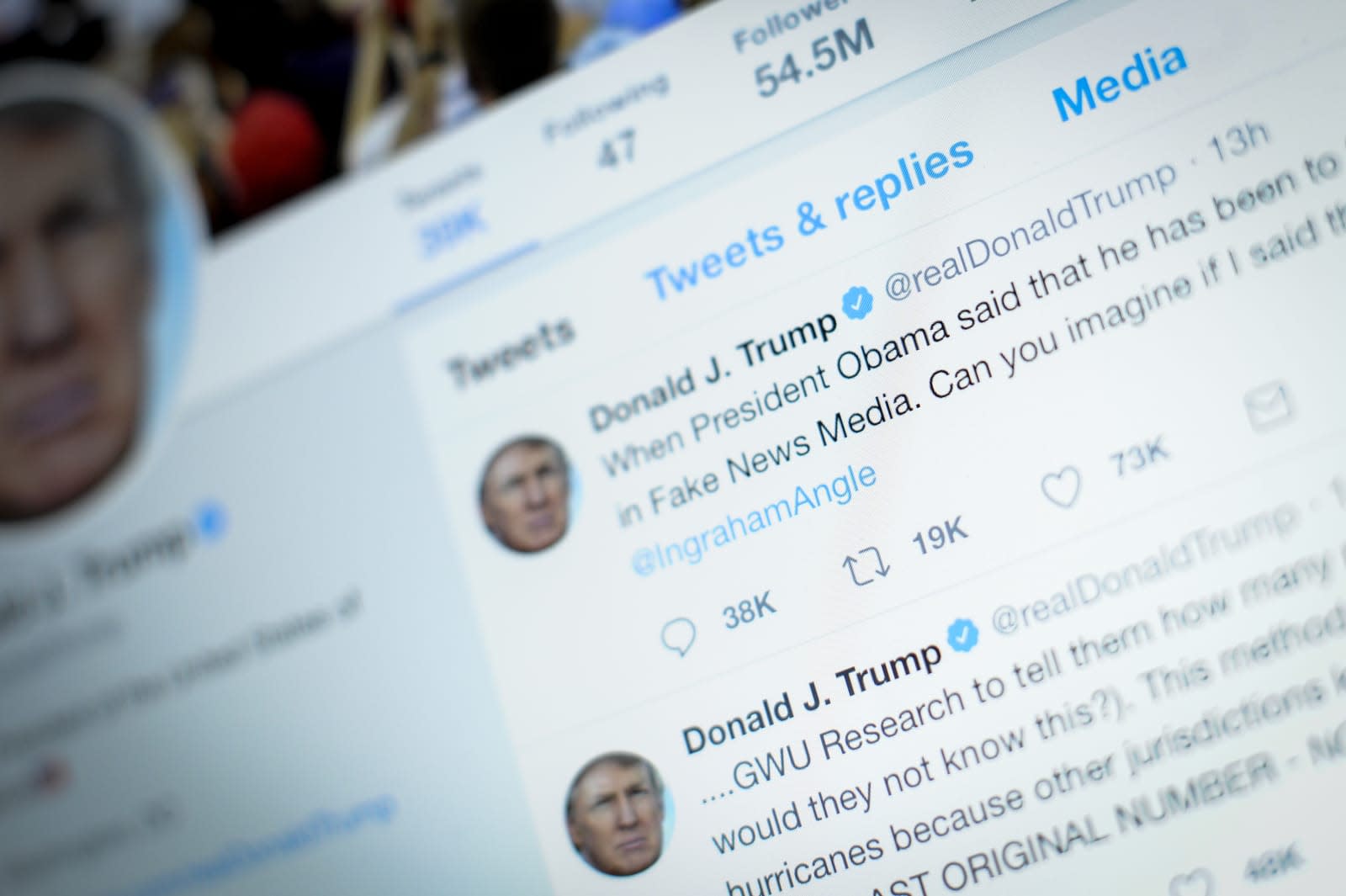 Donald Trump has been linked with Twitter since well before he ran for president, and now he's had an Oval Office meeting with the company's CEO. Motherboard reported, based on two sources, that an internal email thread revealed a meeting between Trump, Jack Dorsey and other company executives According to those messages, the company expected it to be about "the health of the public conversation on Twitter."

Without specifics it's impossible to know exactly what the meeting might have covered. So-called shadow bans, actual bans, more actual bans, quickly-reversed bans, potential bans -- who knows? Trump tweeted afterward: "Lots of subjects discussed regarding their platform, and the world of social media in general."

Update: Per a Twitter spokesperson, "Jack had a constructive meeting with the President of the United States today at the president's invitation. They discussed Twitter's commitment to protecting the health of the public conversation ahead of the 2020 U.S. elections and efforts underway to respond to the opioid crisis." The Washington Post cites a source claiming a "significant portion" of the meeting focused on the president's belief that Twitter deliberately removed a number of his followers, which the company has said can happen as it deals with spam accounts.

Great meeting this afternoon at the @WhiteHouse with @Jack from @Twitter. Lots of subjects discussed regarding their platform, and the world of social media in general. Look forward to keeping an open dialogue! pic.twitter.com/QnZi579eFb

In this article: Donald Trump, entertainment, internet, Jack Dorsey, politics, Twitter
All products recommended by Engadget are selected by our editorial team, independent of our parent company. Some of our stories include affiliate links. If you buy something through one of these links, we may earn an affiliate commission.
Share
Tweet
Share