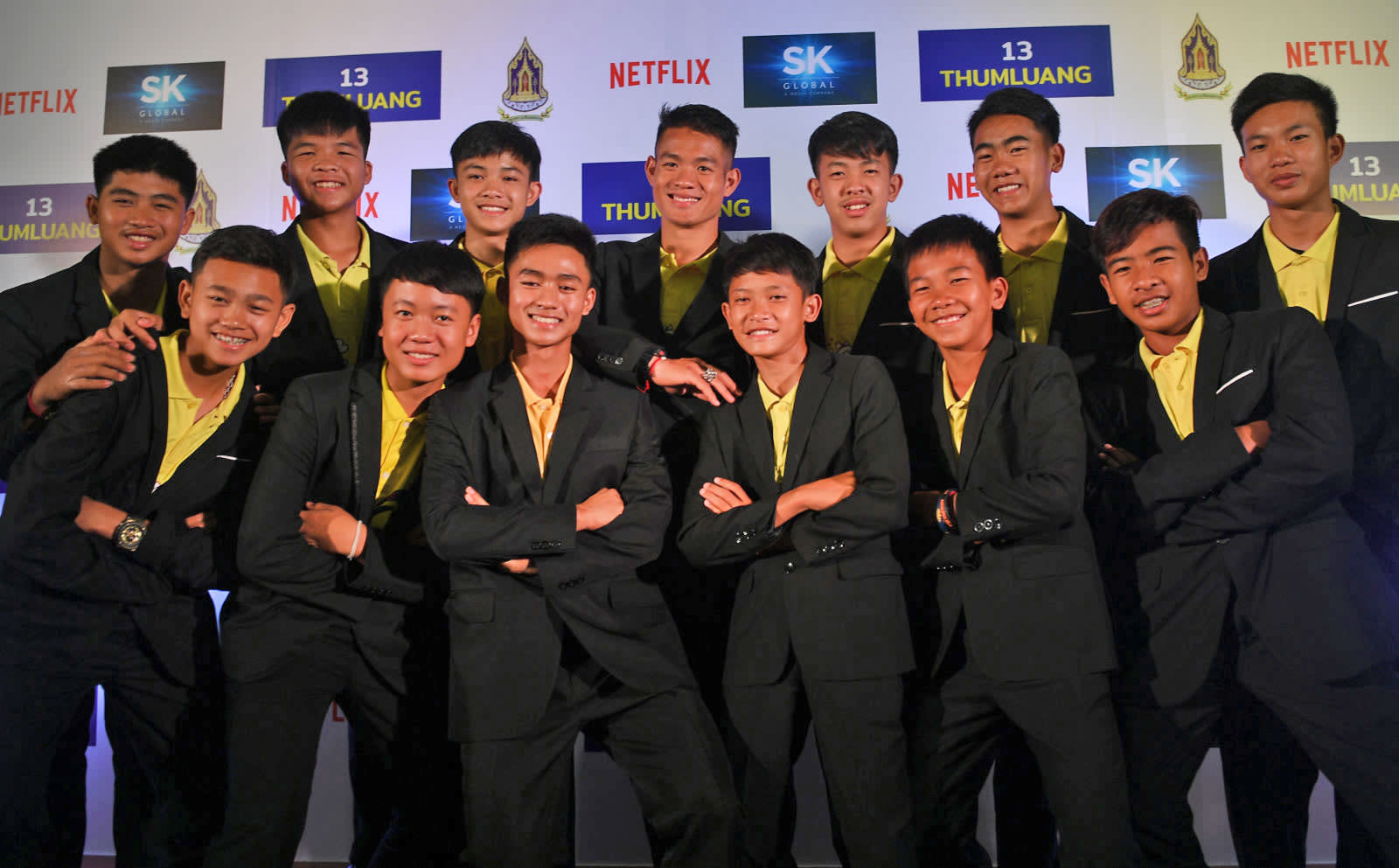 Netflix has teamed up with SK Global Entertainment, the production company behind Crazy Rich Asians, to create a show based on the 2018 Thai cave rescue. It was a widely publicized event, which (thankfully) saw the extraction of 12 boys and their soccer coach from the Tham Luang caves near Chiang Mai -- they were trapped there for two weeks due to the heavy rains that flooded the entrance. SpaceX chief Elon Musk even had a team of engineers develop and build a kid-size submarine in an attempt to help, though it arrived a bit too late and ended up not being practical for use.

While we can probably expect some fictional additions for dramatic flair, the show could be as true as possible: 13 Thumluang Co. Ltd., the company the youth soccer team created to handle the rights to its story, signed off on the project. Netflix and SK Global also secured the services of Jon M. Chu (Crazy Rich Asians) and Nattawut "Baz" Poonpiriya (Thai movie Bad Genius) to direct what The Hollywood Reporter believes will be a mini-series.

It's still unclear if the show will feature Musk's character and his efforts to chip in, but it's certainly a possibility, since Netflix would want the show to appeal to audiences around the world. Erika North, the country's director of international originals, said:

"We are immensely proud to be able to support the retelling of the incredible story of the Tham Luang cave rescue. The story combines so many unique local and universal themes which connected people from all walks of life, from all around the world. Thailand is a very important country for Netflix and we are looking forward to bringing this inspiring local but globally-resonant story of overcoming seemingly insurmountable odds to life, once again, for global audiences."

In this article: entertainment, internet, netflix
All products recommended by Engadget are selected by our editorial team, independent of our parent company. Some of our stories include affiliate links. If you buy something through one of these links, we may earn an affiliate commission.