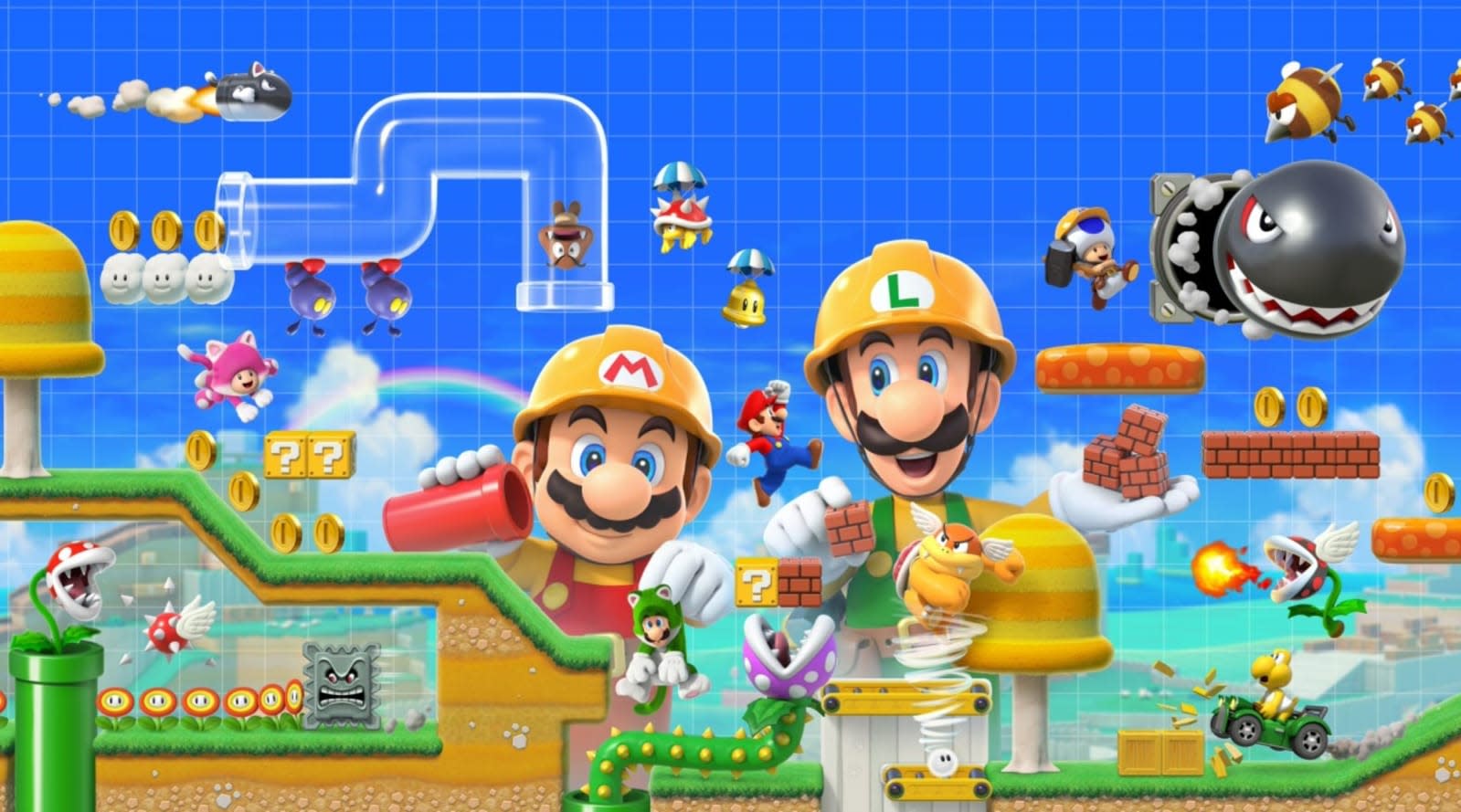 Super Mario Maker 2 is a follow-up to 2015's Super Mario Maker for the Wii U, rather than just a port of the old game to the new console. Nintendo has promised fifteen minutes dedicated purely to the Switch exclusive, hopefully including lots of new details about what we can expect come June.

As a reminder, the side-scroller is both a game and a level creator, which lets you combine items and features from across the Mushroom Kingdom into your own dream courses. We've already spotted items from the amazing Super Mario 3D World in Nintendo's previous Direct about the game.

There's not long to wait for the launch, either: Super Mario Maker 2 will be out a few weeks after E3 wraps, on June 28th.

In this article: art, games, gaming, mario, nintendo, nintendo direct, nintendo switch, super mario maker 2
All products recommended by Engadget are selected by our editorial team, independent of our parent company. Some of our stories include affiliate links. If you buy something through one of these links, we may earn an affiliate commission.