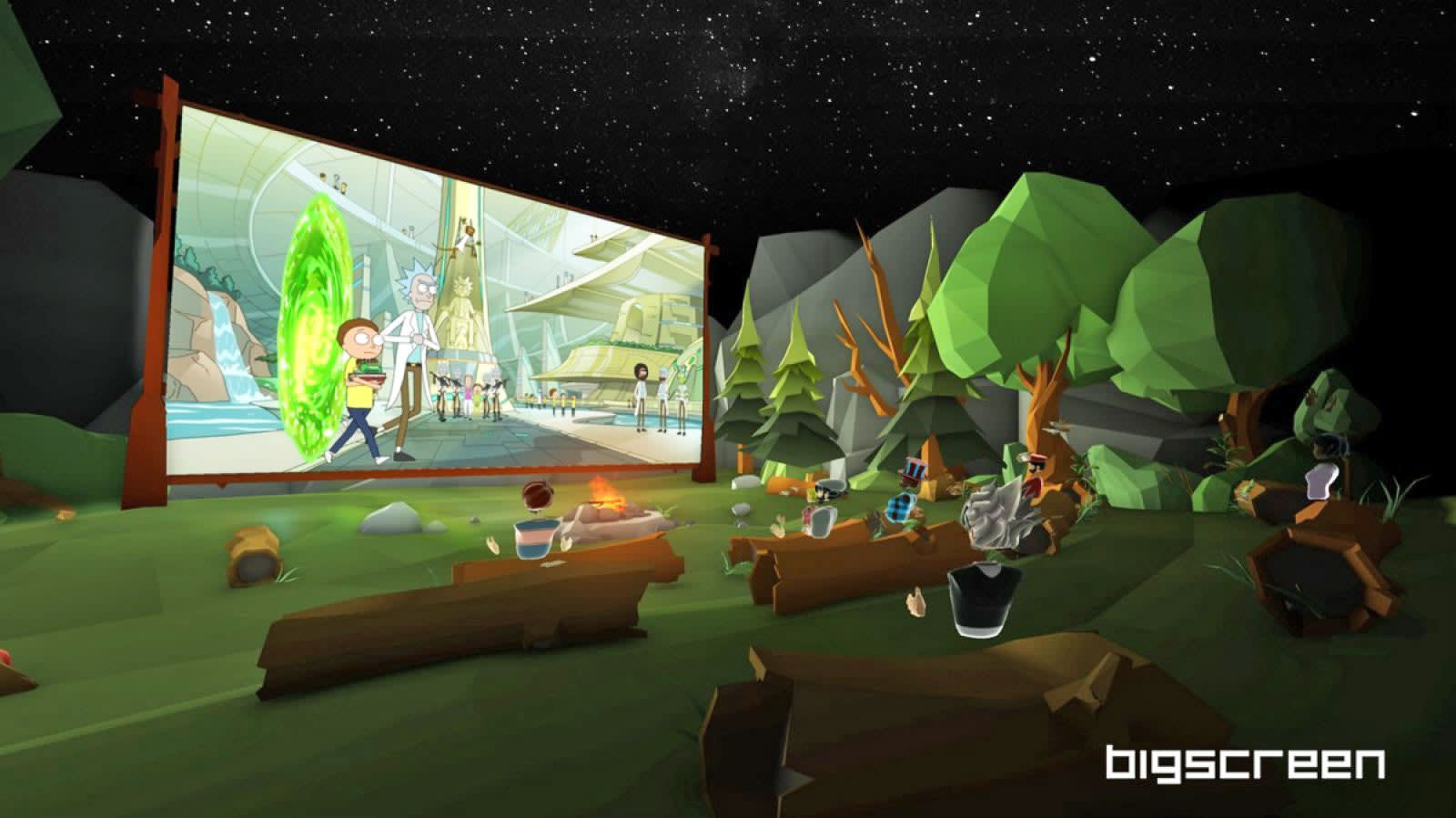 You can use the Oculus Quest standalone and the Rift S tethered headsets to watch movies and play games on a massive virtual screen as soon as they become available. Bigscreen, the popular VR movie theater, has confirmed that it's one of the the devices' official launch titles -- simply put, you can enjoy it on the Facebook-owned company's new headsets as soon as they come out on May 21st.

Excited to announce Bigscreen is officially launching on @Oculus Quest and Oculus Rift S next week, May 21

The free software gives you a way to enjoy your media on a big screen in various virtual environments, such as campfires and movie theaters. And since it's also a social VR platform, you can hang out with friends to watch shows or play video games by using its desktop screensharing feature -- multiplayer rooms support up to 12 users.

Your friends don't even need to have the same device, thanks to Bigscreen's cross-platform support for all the devices it's compatible with, including the Samsung Gear VR, all SteamVR and all Windows Mixed Reality headsets. In addition, Bigscreen will also be one of the launch titles for the Valve Index, which will start shipping on June 15th.

In this article: app, bigscreen, entertainment, gadgetry, gadgets, gear, oculus quest, oculus rift s, virtual reality
All products recommended by Engadget are selected by our editorial team, independent of our parent company. Some of our stories include affiliate links. If you buy something through one of these links, we may earn an affiliate commission.