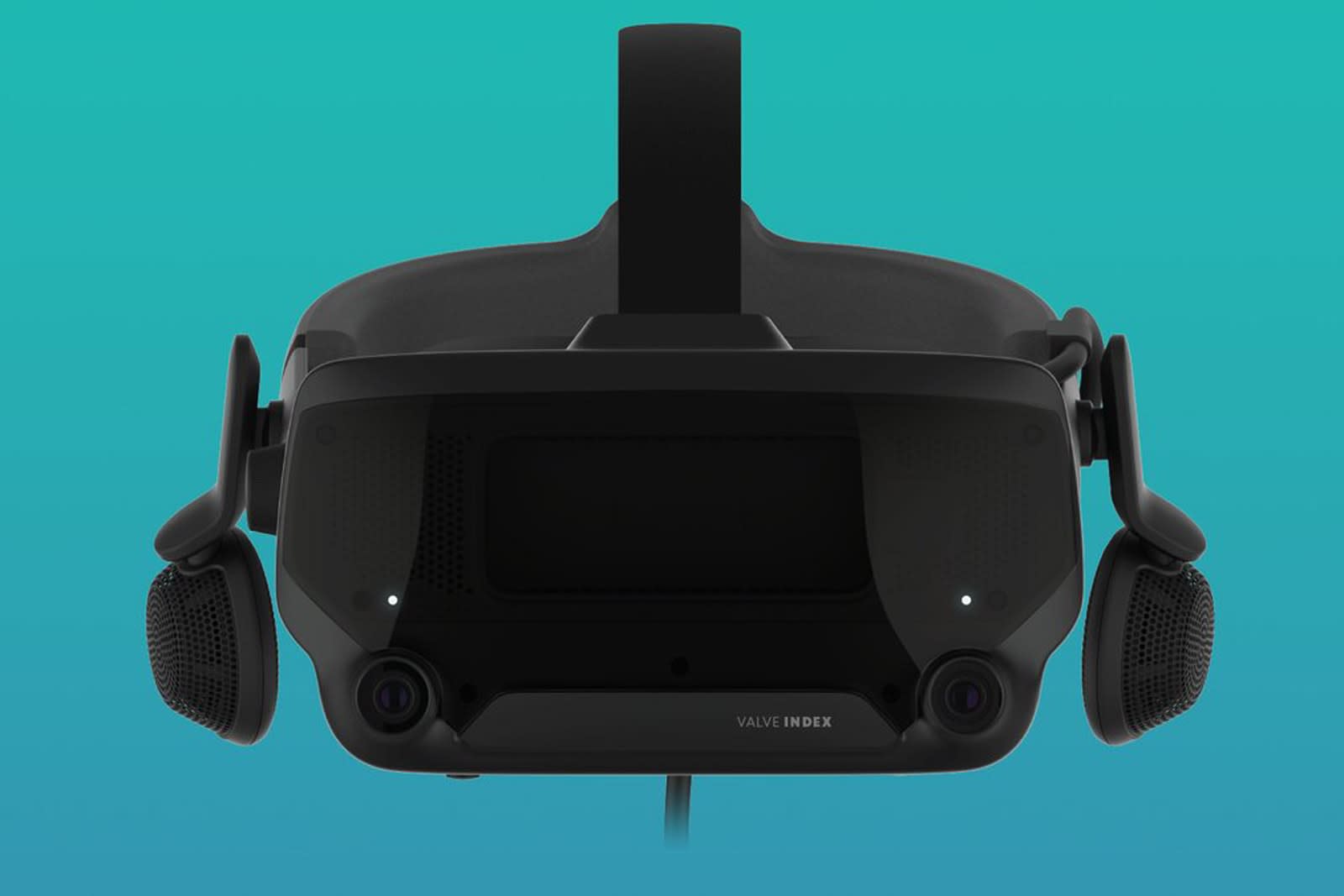 You won't have to wait until May to learn more about Valve's Index VR headset. Valve briefly posted (and promptly removed) unfinished pages for the Index that offer both a clearer look at the headset and reveal a June 15th ship date (Engadget has confirmed this with Valve). While the company didn't provide vivid detail about the headset proper, it showed that the Index would included its own headphones. It also appears that you'll have the option of buying separate base stations and Knuckles motion controllers (now Valve Index Controllers) on top of any potential bundles.

You'll need a reasonably powerful Windows PC to handle the Index. You'll want a dual-core processor with hyperthreading, 8GB of RAM and either a GeForce GTX 970 or a Radeon RX480 for graphics, although Valve really wants you to have a quad-core CPU and GTX 1070-class video.

There are certain reasonably safe expectations for Index beyond what's shown here. The cameras on the outside indicate that it'll feature "inside-out" tracking similar to the Oculus Rift S and other recent headsets, giving you position detection that doesn't explicitly require a base station. The controllers, meanwhile, are straightforward designs with analog sticks and a plethora of buttons. Index isn't particularly revolutionary on the outside (we'll find out what else it can do on May 1st), but that's not necessarily the point -- this is a showcase for Valve's goals for VR, and one that doesn't depend on a third party like HTC.

In this article: games, gaming, gear, headset, index, personal computing, personalcomputing, steamvr, valve, valve software, video games, virtual reality, vr, wearables
All products recommended by Engadget are selected by our editorial team, independent of our parent company. Some of our stories include affiliate links. If you buy something through one of these links, we may earn an affiliate commission.