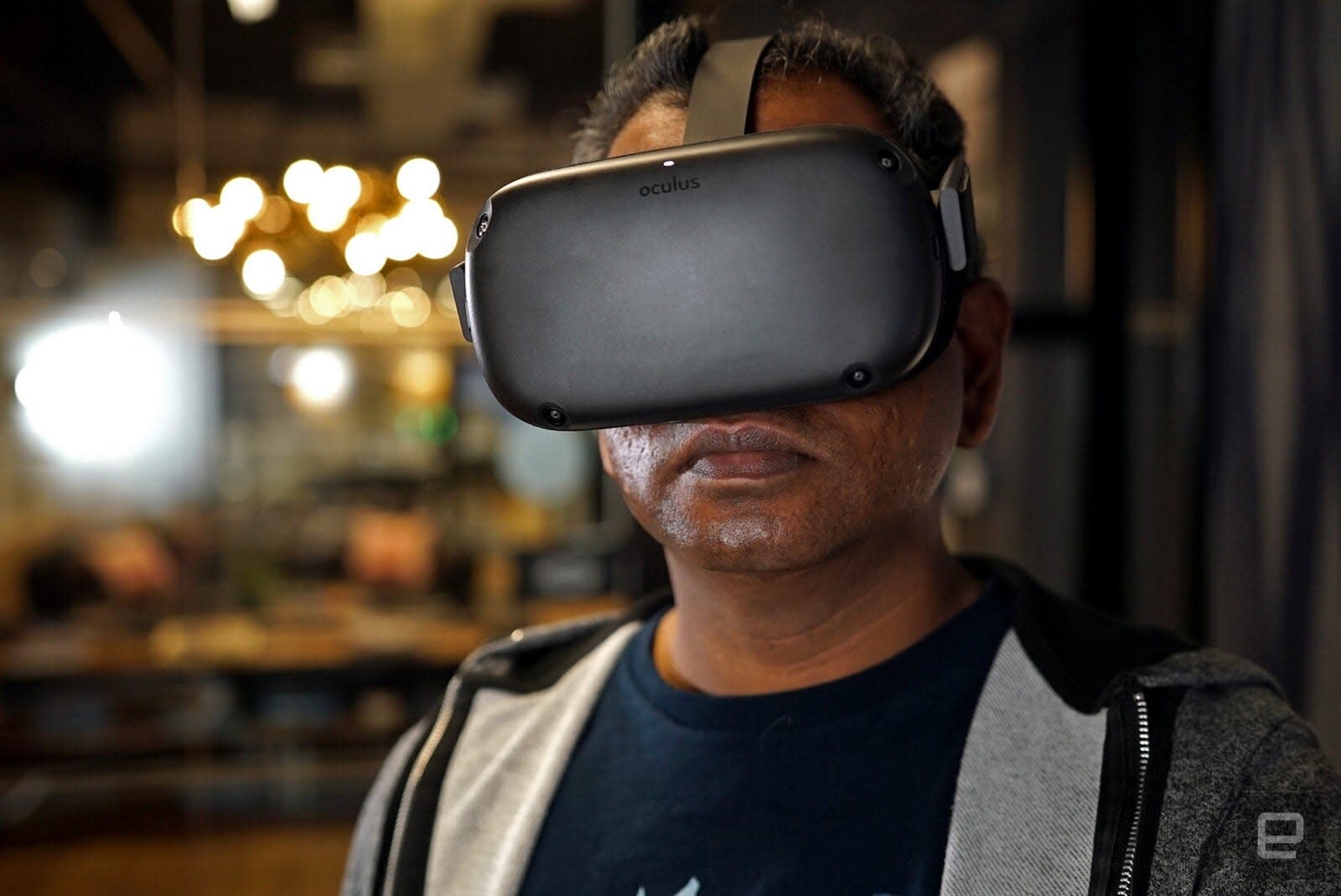 You won't be lacking in video when the Oculus Quest arrives. YouTube has announced that its VR app will be available for the Quest when the headset debuts on May 21st. There's no mention of technical advantages over the YouTube VR app on the Oculus Go, but that's not really the point -- you don't need six degrees of freedom to watch a National Geographic series. This is more about ensuring that you're a YouTube viewer from day one.

Oculus has so far focused on the Quest's game lineup, with more than 50 titles expected on launch. With that said, there's no doubt that Oculus and its parent company Facebook have greater plans. The Quest represents their main effort to push VR into the mainstream. Apps like YouTube VR could be vital to widespread acceptance of the technology, whether it's an olive branch to non-gamers or just as something to do in between rounds of Beat Saber.

In this article: facebook, gear, oculus, oculus quest, virtual reality, vr, wearables, youtube, youtube vr
All products recommended by Engadget are selected by our editorial team, independent of our parent company. Some of our stories include affiliate links. If you buy something through one of these links, we may earn an affiliate commission.